Battle of the Pros

With a sharper focus on software and productivity, the new Apple iPad Pro will compete with the new Microsoft Surface Pro for the top spot. 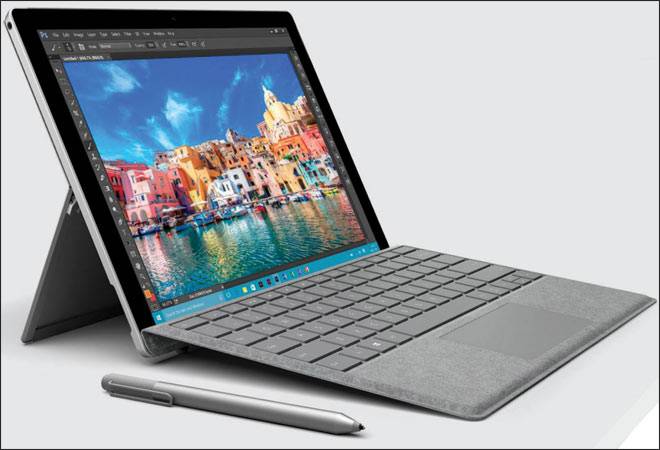 TABLET WARS between Apple and Microsoft have been on for a long time. While Apple's iPad Pro has been an impressive device with a robust app ecosystem and security features, Microsoft Surface Pro, running on Windows 10, has been known to offer an unmatched computing experience with its soft keyboard, touchpad and stylus. More than a year ago, in a bid to up its productivity quotient, Apple launched the iPad Pro with a 12.9-inch display, with a smart keyboard dock and stylus so users could work on the go. While it showed promise, it failed to take the sheen off Surface Pro devices.

Cut to 2017. At the Worldwide Developer Conference 2017, Apple announced the launch of the new iPad Pro - packed with better hardware and enhanced computing ability. Microsoft, too, is gearing to ship its new offering - the Surface Pro - that runs on Intel's 7th generation processor for better performance and improved battery life. As the battle of the 'pros' commences yet again, we bring you a detailed account on what the two tablets bring to the table.

Display: The recently announced Surface Pro is the successor to the Surface Pro 4. (Strangely, it is not called Surface Pro 5, but only Surface Pro). Both look identical; only minor tweaks have been made to the design. The new one boasts a razor sharp 12.3-inch PixelSense display with 2,736 x 1,824p resolution. The new iPad Pro has a 12.9-inch display with 2,732 x 2,048p resolution, same as its predecessor, but the redesigned Retina display promises to be brighter and less reflective. The 120Hz refresh rate on the new iPad Pro will enhance movie, video watching and gaming experience.

Power: The biggest, and much-needed, update on the Surface Pro is its processor - it now comes with Intel's 7th generation processor paired with upto 16 GB of RAM. Microsoft estimates the new hybrid to be up to 2.5-times more powerful than the Surface Pro 3, offering up to 50 per cent more battery power over the Surface Pro 4. So, one can expect smooth performance and a lasting battery back-up. Apple's iPads have always been power-packed and capable of handling apps without any lag. The new iPad Pro runs on the A10X Fusion chip with 64-bit architecture and embedded m10 co-processor, which is believed to give desktop-class performance and can be used for editing 4k videos and rendering 3D images. Apple claims that the new processor is 30-times faster and offers 40-times faster graphics speed compared to the previous generation iPad Pro. 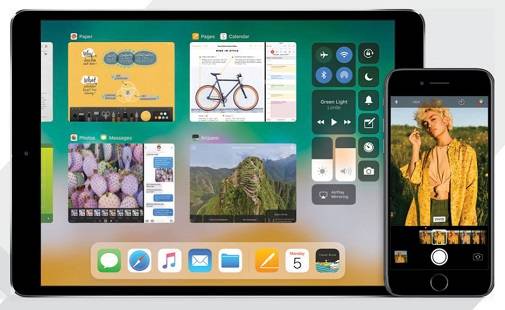 OS, UI and Battery: Most of us feel at home with the Windows operating system. The Surface Pro, running on Windows 10 Pro, is a great multitasking device - something that was conspicuously missing in Apple's tablets. It supports multiple desktops, starts up quickly, runs multiple apps side-by-side and has an action centre for notifications. For work, there's a 30-day free trial of Office 365 with the Surface Pro. With the iOS 11 update, Apple has opened the possibilities of multitasking on its devices. The UI is intuitive to use with special apps for enhancing productivity. Swiping up from any screen brings up the new 'Dock' feature that lets you switch between apps. Dock responds to the usage pattern by bringing up apps that are most used across Apple devices, including iPhone and Mac. While working, a second app can be opened from the Dock itself in Split View. Apple has finally introduced a drag-and-drop feature, making it easier to move text, images and files between apps. The new 'Files' app has been added to simplify storage and searching of files - it will not only store recent files on the iPad, but also give access to files within the apps on other iOS devices, in iCloud Drive, and other services like Box and Dropbox. While none of these features are novel, they are essential and were starkly missing in the previous versions.

Apple continues to have the biggest app ecosystem without too many paid offerings. Apps can only be downloaded from the app store which makes the iPad more secure over the competition. Windows ecosystem, meanwhile, is more popular and widely accepted, and offers software and apps across all major categories. In terms of battery, Microsoft claims the Surface Pro can offer close to 13 hours of video playback. The iPad Pro, Apple promises, can offer up to 10 hours of battery when connected on Wi-Fi and around nine hours when on cellular data. 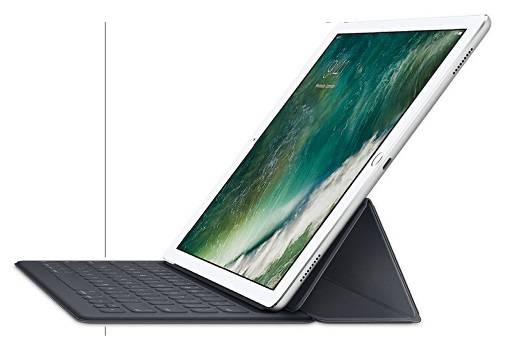 Accessories: Whether a tablet is efficient enough to be used as a computing machine depends on the accessories it comes with. Surface Pro has a gamut of accessories ranging from the new Surface Arc Mouse, Surface Pro Signature Type Cover, and Surface Pen that supports real-time writing and tilt support for artistic shading, and the Surface Dial. Using the Type Cover with keyboard, the Surface Pro can be used as a laptop. Apple's Smart Keyboard is a full-size keyboard that can be used for quick typing and can also hold the tablet. Apple has improvised its Pencil stylus even further - it is now more responsive and natural due to the increased refresh rate of the new iPad Pro display. Accessories for both the tablets have to be purchased separately.

Pricing: The starting price of the new 12.9-inch iPad Pro as well as the 12.3-inch Microsoft Surface Pro is $799. While the base model of the new iPad offers 64 GB of internal storage, the Surface Pro offers double of that - 128 GB. The processing power remains the same across the new iPad Pro variants, though the storage capacity varies. By paying a little extra, one can go for a higher-configuration Surface Pro - in terms of RAM, storage and processor.

The new iPad Pro will launch in India later this month; there is no word on the date of availability of the Surface Pro yet.

As both the tech giants up their game, users can expect tablets to offer the same ease of use as PCs do in the near future. The lines are blurring.