Blending the old and the new

Fans of the Bold 9900 swear by its design, keyboard and trackpad. The all-new Classic is designed along the same lines. 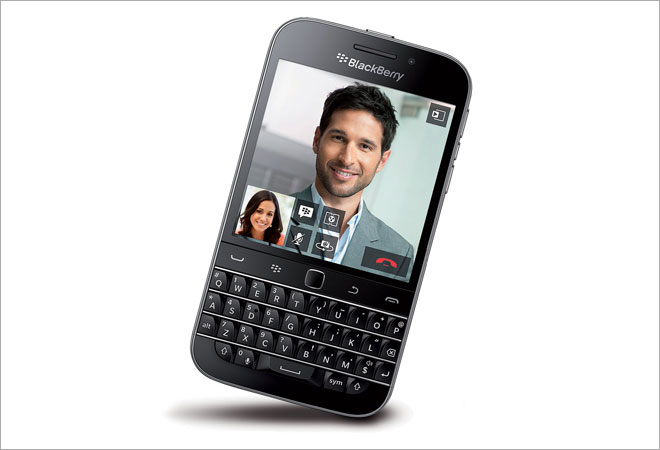 BlackBerry Classic is a smart blend of the BB 10 operating system and the old hardware of the Bold 9900. It comes with a touch display and the old navigation keys, including the trackpad and the back key, are back.

Design: It is identical to the Bold 9900. But when you hold it in your hand, you will feel the difference. It has a 3.5-inch screen, a row of navigation keys followed by a four-row QWERTY keypad. Weighing 177 grams, it is a bit bulky and feels slightly heavy. The power key sits on the top and the volume key is mounted on the left side. The textured back cannot be removed. The SIM and microSD card slots are placed along the left rim.

Keyboard: Today, it is hard to find a smartphone that boasts of a physical keyboard, except the BlackBerry. But the Classic's 35-key backlit keyboard is a delight to use. Honestly, I wasn't sure about using a physical keyboard after being addicted to the touch phones for over four years now. But typing on the Classic was smooth.

OS 10, trackpad and performance: BlackBerry OS 10 has been about the touch interface. To unlock the device, swipe up from the bottom of the screen. If you press 'U' followed by the enter key it also unlocks the phone. Swiping left to right opens the Priority Hub and shows emails, texts, BBMs and notifications, You can also access it by using the trackpad. You can minimise all apps either by swiping the bezel towards the top or hitting the back key. BlackBerry has smartly integrated a trackpad with its BB OS 10. I enjoyed navigating on the phone using the trackpad. It was not only easy to operate with one hand, but also allows to comfortably reach out to the top of the display.

The Classic is powered by Qualcomm Snapdragon 8960 chipset, 1.5 GHz dual core processor and is paired with a 2 GB RAM. Despite the processor being a tad slow, the primary functions of checking emails, web browsing and downloading apps from the BlackBerry World worked smoothly. There is also an Amazon App Store for the phone. The only issue with BB smartphones is the lack of apps in the BlackBerry World. While it supports Android apps, the experience wasn't as great because of a lag.

Camera: BlackBerry has added an 8 MP rear camera to the Classic, which isn't too bad. It captures reasonable images even in decently-lit surroundings.

Battery: The Classic has a 2515 mAh battery that lasted over a day-and-a-half with hours of calling, web browsing, BBM, and social media and chatroom activities.

Mapping apps offer much more than what you know