With over 45 million users, India has the second largest number of people on Facebook in the world , according to www.checkfacebook.com, an independent provider of Facebook statistics. Only the United States has more. Given our low Internet penetration - the most optimistic estimate of India's Internet user base is around 150 million - it means one in three Net users in the country has signed up on Facebook as well.

Facebook's success is in stark contrast to the paltry memberships of India-specific social networks, which many companies have tried to set up, somewhat on the lines of Weibo in China. That could well be because the English language was never a hurdle for the first wave of Indian users of the Net, as it would have been for most Chinese. The Chinese would naturally prefer a social networking site in their own tongue. 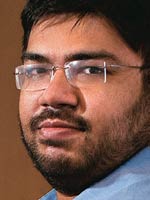 Kushan Mitra
Facebook today is no longer the preserve of India's English speakers. When Business Today recently caught up with Kirthiga Reddy, who heads Facebook India, she pointed to the work her company has been doing in making the service available in multiple Indian languages. Facebook can now be accessed in 10 regional languages, making the old argument that it is a 'elite' site, a facile one. Ironically, American web giants like Facebook and Google are the ones putting in great effort to make the Internet accessible in regional Indian languages.

At the recent launch of his latest volume of poems, Kapil Sibal, Minister for Communications and Information Technology, said that the foreign Internet companies' unwillingness to accommodate the Indian government's concerns about Internet content, on the grounds that their servers were located in the US, smacked of 'cultural imperialism'.

Given that the central and state governments have done little to support the use of regional languages on the Internet, the argument is specious. It is true ours is a country where people take offence all too easily over what appears online. Mischievously photoshopped images can lead to riots. However, sites like Facebook are also useful in that they enable people to find others who share their outlook. I doubt the Anna Hazare-led anti-corruption movement would have garnered the support it did had its leaders not used Facebook and Twitter to spread their message.

This is why protecting these services and sites from the obvious desire of those in power to censor or control them is vital. Facebook has its own internal censors, who more often than not err on the side of caution. Sometimes offensive pictures and hateful comments do get posted, but when attention is drawn to them, they are usually removed at once. Recently, for instance, Facebook removed a community page because the Assamese community concerned happens to share its name with a common north Indian abusive epithet. But the protests that led to the page's removal highlight just how important Facebook is to the lives of all Indians, not just the well-off citydwellers.

With India's online population growing - the figure should cross the 200 million mark by the end of this year, thanks to wider availability of highspeed wireless data services - the number of Facebook users should also touch 50 million in a few months and close to 60 to 70 million by the year-end. This will make India's Facebook population an extremely influential force. One that politicians would do well not to mess with.

Is India ready for a tablet revolution in education?