Can social networks really bring down a government? 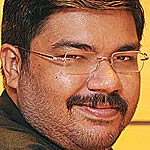 Kushan Mitra
Earlier in 2010, the failed "Green Revolution" in Iran highlighted the power of Twitter as it was used to get pictures and videos out to the world. With an easy system of retweets; many people were able to see the brutal means employed by the government to crush protestors. In a display of America's immense soft power, thanks to Silicon Valley, the US government actually requested Twitter to put on hold a scheduled outage, so that protestors in Iran could continue using the service.

One can argue that Iran, Tunisia and Egypt all had autocratic governments, and that in India such a technology-driven mass revolution will never happen, thanks to virtues of democracy. This is not a debate that we want to engage in, but the fact is that when faced with protestors in Kashmir last summer, the government did order a shutdown of data services and text messaging. Again, before the Ayodhya verdict by the Allahabad High Court, mass messaging was banned for fear that rabble rousers will use it.

As for Twitter and Facebook, while India has a huge number of users compared with many others, we also have a massive population. So, getting a few millions worked up on the social networks is far from being revolution worthy. That said, on January 30, a march organised in Delhi against corruption drew participants mainly from social networks. 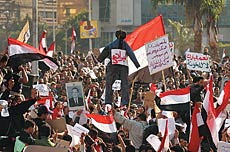 Before the Egyptian government cut off access to the Internet, social networks did play a role in mobilising protestors.
And, as we pointed out in our previous issue (Millions on the Wall), there has been a tremendous growth of social networks, particularly Facebook and Twitter, in India. Driven by the middle-class, India's rising English literacy and Internet connectivity, these numbers are going to grow further. And should the government be scared of this mass of opinionated young people and restrict access to such services? There are voices among some security experts that advocate the Chinese-style 'Great Firewall'.

This column has argued before that this is a patently stupid idea. But, yes, social networks can and will be used to organise people for various causes. However, revolutions took place before Twitter, Facebook or even TV for that matter. The technology of each era played a role in every revolution. Technology, no matter how useful, can hardly "cause" a political revolution. So calling the mass protests in North Africa "Twitter Revolutions" is more likely to come from start-ups and privateequity folks. There is only one cause for a revolution - poor governance.

We live in an age where information spreads faster and more easily, and thus examples of poor governance come to light a lot more easily than before and that is not a bad thing. Governments and their agencies, including in India, are responsible to all their citizens, even those online. They should also engage with those online - the Delhi Traffic Police is a good example - and act against the causes of citizen angst rather than those who bring it up.