Smart TVs are passe. There are cheaper and smarter ways to stream content from the web onto your television set. 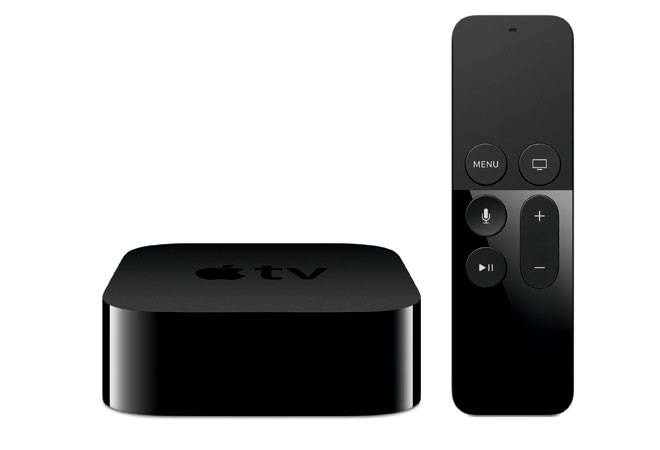 When smart TVs came into the market, Anil Thomas, a banker, was one of the first few to spend a fortune and acquire one. Internet-ready TV was too good a proposition to let go. However, the excitement wore off as the smart TV interface was cumbersome and did not support the apps and features he wanted. He wasn't too pleased when he learnt that, today, you can turn any TV with an HDMI port into a smart TV, more importantly, without burning a hole in your pocket. Enter streaming devices. These affordable devices can connect your non-smart TV to content streaming services such as Netflix and Amazon Prime Video, and offer a host of other features. The market is brimming with streaming devices launched by leading tech giants as well as start-ups. We picked three of the best ones - Google Chromecast (2nd generation), Amazon Fire TV Stick and Apple TV (4th generation) - and evaluated them on five key parameters. Read on and choose the best way to stream.

Design: Google Chromecast is a compact device, with a circular design, that can be tucked behind the TV. It comes with a small, flexible HDMI cable that plugs into the TV's HDMI port. There is no accompanying remote, but it can be controlled using the Google Home app. Amazon Fire TV Stick resembles an oversized pen-drive. It plugs into the HDMI port on the TV and comes with an HDMI connector and remote. Aside from basic controls, the remote has a dedicated button for voice search. Both the devices have a microUSB port for powering the dongle which can be connected to the wall charger or even a free USB port on the TV. Meanwhile, Apple TV is a small square-shaped box that can be connected to the TV using an HDMI cable (not included in the box). Its sleek remote has a touchpad for quick navigation. Apple TV has a proprietary charger that can only be plugged into a wall socket.

Set-up: Setting up these devices is a no-brainer; doesn't require any technical know-how. All one needs is a free HDMI port on the TV, a power source and high-speed internet. To set up Chromecast, you will need the Google Home app which is available for Android and iOS devices. The dongle first creates its own wireless network to pair with the app and then connects to the Wi-Fi network for streaming content. Use the guest mode to connect the Chromecast to a second device. Once done, you can start streaming content or download compatible apps.

The Amazon Fire TV Stick needs to be connected to the Wi-Fi network first, and then you need to log into the Amazon Prime video account (Rs 499 for annual subscription) to proceed. If purchased from Amazon India, the credentials are preloaded on the stick. Once done, you can start streaming content from Prime's video library or from other apps.

There are two ways to set up Apple TV - either manually, by logging in information using the onscreen keyboard and remote, or using an iOS device - bringing it close to the Apple TV will transfer settings and information such as iTunes account details, iCloud, Game Centre and Wi-Fi password to the smart box, with iTunes content displayed on the homescreen. Content and Apps: Google's Home app has a 'discover' tab that lets you browse and download Chromecast-compatible apps across entertainment, gaming, music, video, photography, TV shows, etc, on your device (phone or tablet). The number of apps compatible with the 2nd generation Chromecast is much higher than the 1st generation Chromecast. YouTube, Netflix, Hooq, Saavn, Eros Now, Viki, Twitch, TED, Crunchyroll, NBA and Pixlr, are some of the apps that work on Chromecast.

The streaming service of Amazon's Fire TV Stick is not restricted to Prime Video alone; one can watch content from several other popular streaming apps such as Netflix, Hotstar, Airtel Movies, Voot, Eros Now, Sony Liv, Twitch; informative and news apps such as TED, NDTV, Bloomberg and NASA, and live TV apps such as Ditto TV and nexGTv, Zoom and Al Jazeera, among others. It supports games, YouTube content, Amazon Music, and can also be used to download third-party apps by installing APK files.

With Apple TV, you can purchase or rent content from iTunes, and also install apps from the app store. Apple TV offers a much higher number of apps compared to others. There are streaming apps, news apps, live sports, events, podcasts and more. Hotstar, Netflix, Eros Now, Spuul, TED, UFC, CBS Sports, BloombergTV, NBC News, WSJ Video, Young Hollywood, Vimeo are some of them. There is a good mix of paid and free apps.

Ease of Use: On Google Chromecast, all the tasks - be it streaming or controlling - are carried out using either the 'Home' app or one of the compatible apps. The 'cast' icon in the compatible apps instantly throws content onto the TV, without any buffering or lag. It also streams offline YouTube videos stored within the app. You can also queue up content to be played and exit the app to use the phone for other things. At times when Chromecast fails to cast the content from the apps, a quick reset usually fixes the problem.

Amazon Fire TV Stick has a neat layout and an intuitive user interface. Apps, movies, Prime TV Shows, are all placed horizontally on the home screen. The circular button on the remote can be used to navigate horizontally as well vertically. Its biggest plus is the voice search that understands Indian accent accurately. Pressing the voice button and speaking into the remote throws the results from various apps on the TV. The only thing missing with the Fire TV Stick remote is the volume control. It can be password protected to activate parental control. It comes with 8-GB storage for downloading apps, but cannot be used to load content outside of the ecosystem.

It takes some time to get a hang of the touchpad on Apple TV's remote, but after a while the navigation is a breeze. The screen button on the remote displays the homescreen and the menu button can be used to go to the previous menu. Apple TV remote can be used to adjust the volume, too. As soon as you turn on the Apple TV, your television switches to the HDMI source, and when put to sleep, it turns the TV off. It has a voice search button powered by Siri, but has not been activated in India yet. You can change your region to US to enable voice commands. Be it streaming videos or playing games, the experience on Apple TV was great. The apps have not been just blown up, but optimised for the big screen. It comes in 32-GB and 64-GB storage variants, and can be used for downloading apps and storing iCloud content including images, videos and music, locally.

To type a password or a title name, a virtual keypad appears on the screen of both Fire TV Stick and Apple TV. Both have remote control apps - useful in case the physical remote gets misplaced - and support Bluetooth connectivity to pair controllers, keyboards and more.

The Verdict: Amazon Fire TV Stick and Apple TV are not only great streaming devices, but also rich on content, leaving nothing much to complain about. Although Google Chromecast does a fine job of throwing content on to the bigger screen, it requires a phone or PC nearby due to the lack of a dedicated remote.

Battle of the Pros