Web in a spin

Why did two legislative Bills in the United States Congress prompt many popular sites to go black for a day on January 18? The furore over the Stop Online Piracy Act (SOPA) and Protect Intellectual Property Act (PIPA) is not just a tussle between Silicon Valley in Northern California and the movie industry in Southern California. Critics say these Bills, as drafted, could make criminals of almost everyone.

This is a fight between the old creative economy and the new creative economy. The US already has several laws that counter piracy by allowing materials to be taken off websites if they infringe copyright. However, SOPA would have given content owners almost unrestricted ability to declare nearly anything as infringement, such as a critical review of a film. If that is scary, PIPA is worse - it could deem any adaptation of a product illegal, even if it is hosted outside US borders. 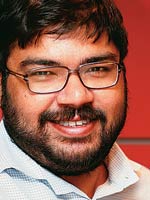 Kushan Mitra
Such laws would kill Internet memes - images or clips that spread across the Web, often drawing on popular culture and adapted or tweaked by thousands of users. For example, a meme doing the rounds these days uses stills of actor Sean Bean as Boromir in the first movie of the Lord of the Rings trilogy. Under PIPA, this would be illegal, even though new content has been created, simply because in the strictest sense of the word, copyright has been violated.

If you upload a video of your children singing a Lady Gaga song, even that could be a violation. It would not matter that you have no intention of commercially benefiting from the video. A stranger example: If you made a video of a plane taxiing at an airport, the airline could claim copyright infringement because the plane's livery is copyrighted. Yes, the Bill was that crazy. Worst of all, it pretty much eliminated your right to legal recourse, because you might not even know your video had been taken down. The draconian provision for a five-year prison term for violators may be unenforceable outside the US, but it could affect Indians who visit that country. As journalists, we create content for a living. Much of our work is often shamelessly lifted, not only by the public, but sometimes, unfortunately, also by peers. As a private blogger, I have had entire posts lifted by people who then claimed, "I did not know it was copyrighted".

One can understand the movie and music industries' need to protect their livelihood, because time and money go into creating content. But these two laws would have been the wrong way forward, because the Internet, above all else, has allowed us to discover new content like never before: musicians who covered a song or two and posted them on MySpace, or filmmakers who copied a style pioneered by someone and uploaded their video to Vimeo. Thanks to the Internet, we can hear and watch more than ever before, often from people whom we would otherwise never have heard of.

The Internet was created in the US, and is still administered there. Whether US lawmakers realise it or not, they have a global responsibility, and I am glad they are taking these protests seriously.

From disabled to enabled

Too much technology is ruining our social lives