The iPhone 6 Plus continues to take forward the Apple legacy. And yes, it does not bend, at least mine didn't. 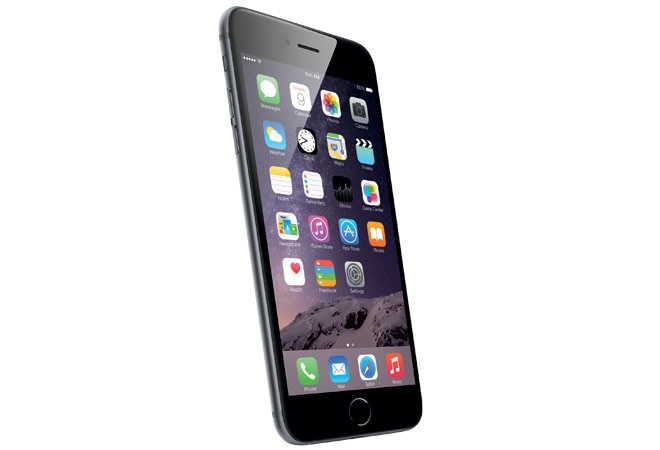 Keeping its cult audience happy, yet again, Apple has launched two variants of the iPhone - iPhone 6 and iPhone 6 Plus. While the former continues to have an under-5-inch display, the latter forays into the phablet space, spoiling the game for the competition.

It looked awesome in images and also when held in the hand for the first time. Even with a 5.5-inch display, the iPhone 6 Plus isn't uncomfortable to hold. It has got the right width, thickness and length.

The addition of a bigger display to the phone called for some design changes. While most hardware keys continue to be at the traditional spots, the power key has been moved to the right edge/panel from the top. This makes it easy to access the power key. The camera lens at the rear isn't embedded in the body and is slightly raised, which is prone to scratches. The iPhone 6 Plus has got a metal unibody and is sleek at 7.1 mm. Everything looks superb on the 5.5-inch display with 1080x1920 pixel resolution and 401 ppi pixel density. With the slightly curvaceous body, iPhone 6 Plus looks good. However, personally, I still love the iPhone 5S's design.

When the phone is held in the landscape mode, we get iPad-like interface in emails, messages, etc - a list on the left and message on the right. At times, using the iPhone 6 Plus was difficult and that's why touching the home button twice used to bring everything to the bottom of the display, making the upper part of the display accessible. While accessing multitasking by double pressing the home key to close the running apps, a list of recently approached contacts appear on the top. A simple touch on the contact allows to call or send a text message.

Continuing with the 8 MP count, Apple has further improved the camera optics. While the camera of the iPhone 5S was impressive, the one on the iPhone 6 Plus is even better. It locks the focus quickly. The images captured using the iPhone 6 Plus look superb on the phone's display. I transferred them to my Windows laptop and the results continued to impress me. The images captured during daylight were sharp and offered natural colours. Even the low light images were impressive as the phone has got optical image stabilisation that boosts low light photography. However, it isn't really great when it comes to macro shots, but is still far superior in comparison to what we have in the market.

Not going by any benchmarks, but the iPhone 6 Plus feels snappy and fast over the iPhone 5S. The apps launche quickly and heavy graphic apps and games loaded within few seconds. Switching between the apps was also quick. There were instances of a few apps crashing, but that was rare. The A8 chipset on the iPhone 6 Plus takes care of almost everything.

The most impressive feature of the iPhone 6 Plus is its battery. I charged it in the morning and stepped out for a hectic day involving a lot of activity on social media and emails. And at the end of the day, I had over 40 per cent charge.

Smartphones with the best selfie cameras