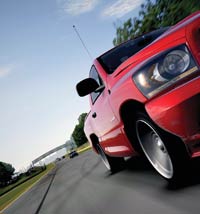 A well-known voice greets you as you begin playing Forza Motorsports 4 and tells you that tree huggers and greenies are choking the daredevilry of petrol heads. The voice belongs to Top Gear's Jeremy Clarkson; the video game makers have a tie-up with the BBC automobile show. If you find the celebrated anchor's ramblings grating on your nerves, you can switch off and enjoy just the roar of your car. But for all Top Gear fans, present company included, the voiceovers, thankfully, are not limited to the introduction. Forza 4 retains the characteristics of the BBC show especially in the non-racing section known as 'Autovista', a view-only mode, that showcases details of gorgeous cars and lets you scope out a car 360 degrees.

But let's not get too carried away. At the end of the day, what matters is whether you get a true simulator feel in the game. In Forza 4, you can customise the driving assistance based on the car and your driving style. In the career mode, you start off driving a hatchback-like Toyota Aygo. Not exactly the dream start you'd have wanted but you aren't stuck with the vehicle for too long. You'll soon be unlocking features, winning races and moving up through the ranks. Also you win a new car when you improve your standing. The existing cars can be upgraded with credits earned while racing. You can buy vinyls, rims, spoilers and even tint your windows. Forza 4's graphics, to put it simply, are beautiful. They come with vibrant colours that bring the roaring cars to life. It is the ultimate Zen experience for a motor head when you throw the cars into sharp turns and are able to drift them. The under steering experience is simply out of the world.

This new edition allows 16 players, including online, joining in the race. The disappointing part is the tracks as these are virtually a mirror images of Forza 3's and only five new circuits have been added, including Top Gears' track. Also there are no weather changes that make the challenge tougher. From a purely driving perspective, Forza 4 is indeed a pleasure.

BAG IT OR JUNK IT? Good action, plus Jeremy Clarkson for free.

DANCE YOUR BLUES AWAY Undoubtedly Kinect's best title, Dance Central is back with its second installment. After letting our heels cool for a year, Harmonix has tried to implement the suggestions of fans. There are a lot more characters and dance crew with each adding their own unique flavor to the whole. The outstanding new feature in DC2 is that now two players can simultaneously shake their booty. The main menu is now voice enabled, and you can start the game by saying, "Xbox, dance." If you need to pause, the game responds to the command "Xbox, pause." The fitness mode of the game is still there for health freaks.
There is a new Crew Challenge Mode where a fresh dancer tries to move up the ranks by taking on the best dance outfits .By successfully beating them you unlock new teams and outfits for the dancer. You have a varied range of music from hip-hop tracks to electronic. The songs are a mixture of old school and modern, including Lady Gaga's "Born this way". DC2 features a new built-in store to enable you to download new tracks or import tracks from the original game. Dance Central 2 is predominantly the same game but as two can now boogie together, it is a better party game. There is no significant change in terms of graphics but the characters look sharper. Now the game makers should add a feature where actual people playing online can compete with you.

BAG IT OR JUNK IT? It is a game, it is a dance tutorial, it is complete fun. The Caped Crusader has returned and this time all the action takes place under the open skies of Arkham City, a closed section of Gotham that incarcerates evil masterminds. Unlike in Arkham Asylum, the previous edition, where you had to make your way through claustrophobic rooms of the loony bin, in Arkham City, Batman uses his detective skills to find the mysterious psychiatrist Hugo Strange and stop this mad district from spiralling out of control. This is a multi-starred game with mindboggling challenges thrown at you by the Riddler and the usual suspects-the Penguin, Two-Face and Catwoman.

Hardcore fans of Batman and Stana Katic (best known for playing Detective Kate Beckett in TV serial Castle) will be happy to know that the beauteous actor will voice the character of Talia al Ghul, daughter of Batman's archenemy Ras al Ghul.

Realism is the key to Arkham City-our hero can take only a few bullet shots before Game Over starts flashing on the screen. The game has a storyline but you are not bound to stick to it; you are free to wander around, seeking out hidden secrets, side missions, or simply beating the living daylights out of Gotham's vilest residents. There's always something to do, and as you progress through the game you'll unlock new equipment and abilities that enable you to visit areas previously inaccessible.

With new games come cool new moves and gizmos. Batman's new stun gun is awesome. Stun an opponent and you get a special assault move that increases the combo meter and unlocks more special moves (knocking out a single enemy, permanently breaking an enemy's weapon, knocking all nearby enemies down). The stealth mode-a key combat skill-is especially engaging. Some situations also require special tactics, such as hostage situations. The good old jumping down on foes from building rooftops never gets old, and the street crawling while confronting increasingly difficult foes adds to the punch-literally. As Batman remains a pacifist superhero and refuses to kill under any circumstances, this idealistic approach can backfire at times… a previously defeated maniac can reappear at any time.

With his faithful butler Alfred helping analyse data and sending additional equipment, you can be sure Arkham City will not mark the death of Batman as a hero. Commissioner Gordon's daughter acts as a guide and researcher and the cavalry-Catwoman, Robin, Nightwing-all offer help in times of need. If Arkham Asylum was a ground breaking game, Arkham City bests its predecessor and can easily be titled as one of the most outstanding Batman games ever. The jaw dropping graphics and impressive lip syncing should makes everyone take up a batarang.

BAG IT OR JUNK IT? Probably the best Batman game ever. 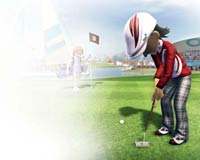 Kinect has come out with a set of six new games. Sports Season 2 is more responsive and has quicker game play plus is a lot easier to navigate. Tennis is the coolest way to lose weight without visiting a gym. With all those powerful forehands, cross court winners and smashes, you can expect every part of your body to hurt. The disappointing part is that there is a lag in response. This takes the edge off a real-time feel of the sport.Golf is the best among the six games.

It is realistic enough to allow you to crouch down and read the green before putting. The voice activated command feature is at its best in golf. For instance, you can select a club by naming rather than scrolling through the lists. The American football game will not win accolades. As the quarterback all you need to do is to throw the ball. Not much strategy there. If your player catches the ball, then you run like there is no tomorrow for a touchdown. But you can't outwit the defence by dodging or blocking. Baseball, on the other hand, appeals because it keeps each player busy, both pitching and batting. As the pitcher, we tried arc and spin balls. Darts-is darts a sports? It is more fascinating to watch how the sensor reads different wrist movement while playing darts rather than the game. Skiing too is hardly inspirational.

BAG IT OR JUNK IT? Does not keep you excited for long.

Legal wrangling has marred the current National Basketball Association (NBA) season in the US. The deprived fans have an option in the the game NBA. The latest NBA 2K12 lets you slam dunk and shoot three-pointers with 15 legends of the game, like Larry Bird, Magic Johnson and the one and only Michael Jordan. The legend mode was successful in the 2K11 edition with the introduction by Jordan, but now one gets to take on different challenges and be a part of historical clashes. This mode lets you play 1-on-1 and up to 5-on-5 to "21" as well as 2-on-2 Teammate Challenges and 3-on-3 Era Challenges. You also unlock current NBA players to go head-to-head with the greats, or bring your "My Player" mode character into the mix. My Player mode was a big hit last year and 2K12 is a notch better. The all-new Rookie Showcase gives an idea of what a player faces in real life. You get to negotiate contracts and endorsement deals.

To be drafted into the rookie programme, you will be interviewed by team officials and based on your answers you get recruited. My only problem with this is that you don't know which teams are interested in you. So you have to basically roll your dice and take your chances. The packaging of the graphics and presentation is mind blowing, to say the least. With a lot more in-game videos and with realistic different camera angles, the NBA game on a console never felt so real. I just can't get over the mirror accuracy of the players. You even get to know your players' strengths and weaknesses in certain game situations so that you know exactly who will excel in crunch time. Each player stands out and the details are so minute that no dopple-ganger can sidle past you. It is obvious that all sport games have improved in making their artificial programmes into reality. This game too scores high points in the legends mode. This NBA installment easily lets us forget the disappointing lock out in the current season and makes you get involved in the game-a fan fulfils his dream of being in the big league.

BAG IT OR JUNK IT? As realistic as it gets. And the Legend Mode is even better.


Up In The Air Again