LG's latest flagship smartphone, the G3, is a successor to the LG G2 but not a necessary upgrade. 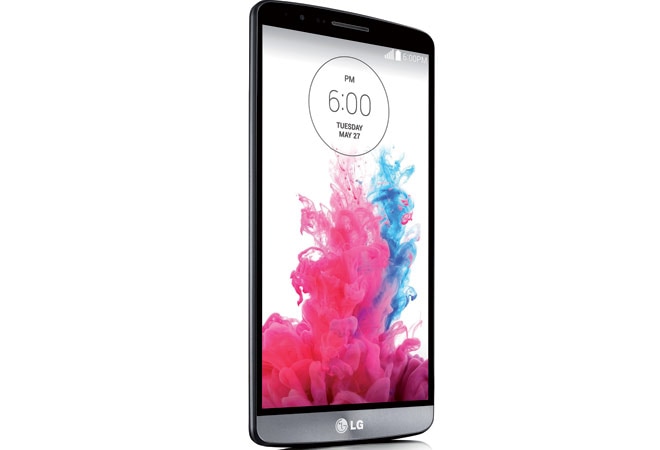 LG's latest flagship smartphone, the G3, dares to compete against the HTC One M8, Sony Xperia Z2 and Samsung Galaxy S5. Priced at below Rs 50,000, it is the successor to the LG G2.

The biggest highlight of the LG G3 is its display. The 5.5-inch QHD display with 2560 x 1440 pixel resolution is just superb. The QHD display means twice the full HD display. The screen is crisp and bright.

The icons are very sharp and have details when compared to phones with HD displays. Once again, the power key along the volume controls has been moved to the rear. However, LG has awarded it a brushed metal finish. While one gets used to it, I often ended up unlocking the phone by mistake as well. Due to the back panel, the phone became a bit slippery.

LG has added the best specifications to this phone. Running on Android 4.4.2, it is loaded with LG's Optimus UI.

It packs in a 2.5 GHz quad core processor based on Snapdragon 801 chipset and is paired with 3 GB of RAM. As a result, it runs heavy graphic apps with ease. Even while multitasking, the phone didn't slow down even once.

The 13 MP camera onboard took impressive images. The powerful LED flash worked well in low light conditions as well. Owing to the big display and continuous usage, the 3000 mAh battery lasted me a day on heavy usage.

BAG IT OR JUNK IT:
Not a necessary upgrade