Tapping the sun to charge your phone

Waka Waka's solar powered charger has been made not with the urban smartphone user, but the "underprivileged people in developing countries".
Nandagopal Rajan | Print Edition: October 2013 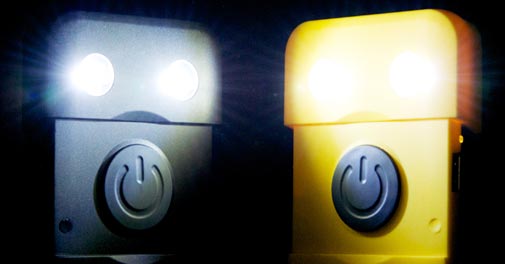 One of the challenges of using a smartphone is the management of its battery. The best of phones can't offer 24 hours battery backup if you plan to use the device like a full-fledged mobile computing device. And when you need to charge a phone a power source is never to be found.

The Waka Waka tries to solve this problem by tapping into the largest power source around, the sun. This sturdy solar powered charger has been made not with the urban smartphone user, but the "underprivileged people in developing countries". Hence this phablet size changer also comes with a powerful LED light that can give up to 200 hours of lighting on a full charge. The charger has a stand using which you can keep the solar panel facing the sun. In that position, the device takes about eight hours to achieve a full charge, provided you are in direct sunlight. With a full charge, indicated by a blinking red LED, the device can charge phones, other devices, through its USB port for four hours. We tested the charger on an iPhone and the phone was fully charged in just over an hour.

The LED lights on the device are powerful enough to be of assistance if your car breaks down in the middle of nowhere. The brightness can be adjusted using the power button. At full brightness the light is good for 20 hours and 200 hours at the lowest. The charger can be hung or locked on top of a bottle to convert it into a reading light or table lamp. 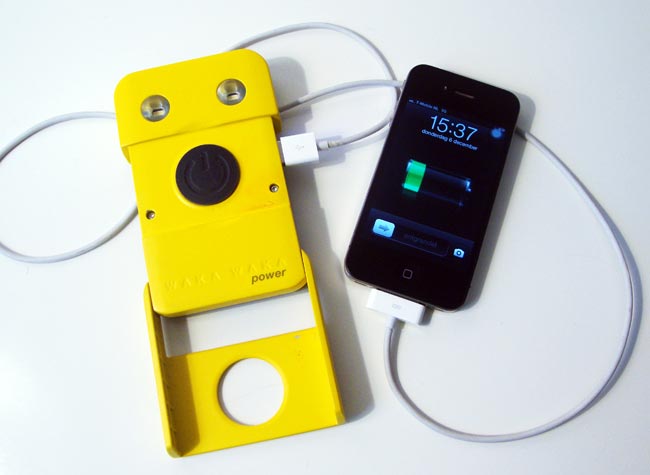 Overall, the Waka Waka is a device that has great utility across the world doubling up as a backup charger and light for urban users and a dependable power source for others. The only hitch is the price, which at around $100 in India will put off many buyers, at least those for whom this device can make a big difference.

BAG IT OR JUNK IT:
Great device, but needs to be much cheaper

(A review unit of Waka Waka solar charger was shipped to us by Grandst.com)