Dawn Of A New Era 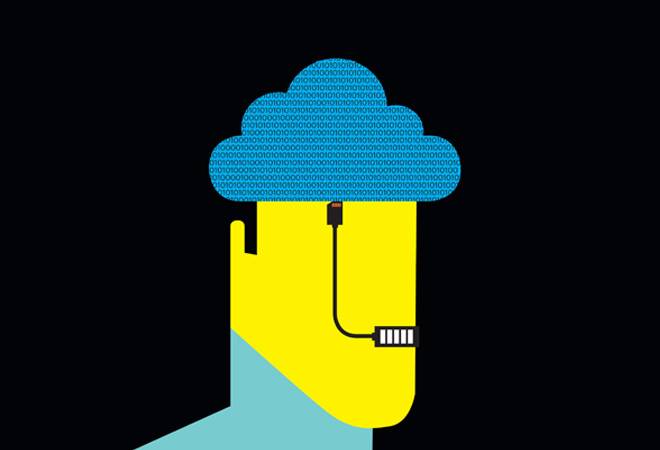 Memory technologies used in computers and other electronic devices have evolved enormously over the past decades and done their respective jobs well, but there are problems and limitations. Now that the genuinely high-speed 5G network is set to take off globally, a tsunami of data is bound to be consumed, and the search for a new type of computer memory has gone into overdrive. The requirements are clear - it must be superfast, non-volatile (can retrieve stored data after power cycles) and should consume very little energy. This may sound too good to be true - after all, data-guzzling gadgets are expected to consume one-fifth of global power by 2025. However, scientists at the Lancaster University seem to have found the perfect solution. Their memory device has been quickly patented, thus underlining its potential.

So, what is this Holy Grail of memory? Researchers have developed oxide-free, charge-based memory cells with non-destructive read which amalgamate the opposing requirements of robust non-volatility and low-voltage switching, the latter leading to economical power consumption, according to a paper published in Scientific Reports. The combination of small capacitance and low-voltage operation implies intrinsic switching energy per unit area that is 100 and 1,000 times lower compared to dynamic random access memory (DRAM) and Flash memory, respectively. Moreover, when this memory is in use, computers need not boot as they will go into an energy-saving sleep mode - even between keystrokes. It will reduce peak power consumption in data centres by 20 per cent, the university claims.

To understand its benefits, the paper takes a look at the three kinds of memory currently in use - SRAM (static random access memory), DRAM and Flash. Introduced in 1984, Flash contains metal-oxide-semiconductor field-effect transistors with an additional floating gate for charge storage. Data is represented by the quantity of the charge held in the floating gate, which is isolated by oxide layers. But the robust storage of charge needed for non-volatility has its drawback as writing and erasing data requires a lot of energy at the control gate. "The process is slow, and induces voltage-accelerated failure mechanisms in the oxide, limiting the endurance of the device. On the other hand, only small voltages are needed to read the data by testing the conductivity of the channel. This is efficient, and leaves the data intact, which is known as non-destructive read," the paper says.

In contrast, DRAM is faster and used in active memory. But DRAM cells lose data. The charge also leaks from capacitors used to store data. As a result, DRAM has to be refreshed continuously and consumes a lot of energy. SRAM is the fastest conventional memory used in caches and has relatively good data retention capacity compared to DRAM. But it typically uses six transistors per cell, thus occupying ample chip space.

Of course, conventional memory devices have enjoyed a successful run all these years, but these drawbacks clearly indicate that a search for more efficient alternatives will continue. The latest breakthrough is expected to solve these problems of energy-hungry technology and may transform our day-to-day life as electricity consumption will dip significantly. As Hilton Hotels Group turns 100, it has started visualising what hotels should be like in another 100 years from now and put the details in a fascinating report called Checking Into 2119. It will be a world of inter-galactic getaways, hyper-personalised stays and 3D-printed dinners, according to the hospitality group. Predictably, technology will be a big enabler, but guests will also want to go offline. "In a tech world, offline will be a new luxury. Hotels may feature individual spaces for guests looking forward to reconnecting with themselves," the report says.

Personal touch and human contact will be more important than ever in a world filled with artificial intelligence (AI). So, Hilton will have Hilton Hosts, with one assigned to each guest. These 'part concierge hosts will focus on delivering memorable interactions, which will truly matter to people. Hilton also predicts that intelligent assistance or IA, rather than AI, will be the new normal because technology will take care of almost all routine tasks, freeing up time for real interactions.

In 2119, personalisation will be at a level where only the surface has been scratched today. "Whatever your mind can imagine, technology can deliver," the report says. Implants will mean a person's preferences are accessible anywhere and at any time. For example, you will only see what you want to see inside a hotel. In other words, every area will morph into a perfect, hyper-personalised space. Even before a guest walks in, such spaces will be ready, and a weary traveller will find that the hotel space has been transformed into her favourite bedroom at home.