Design Is The Big Challenge

India is one of the biggest opportunities for infrastructure digitisation
Team BT | Print Edition: June 30, 2019 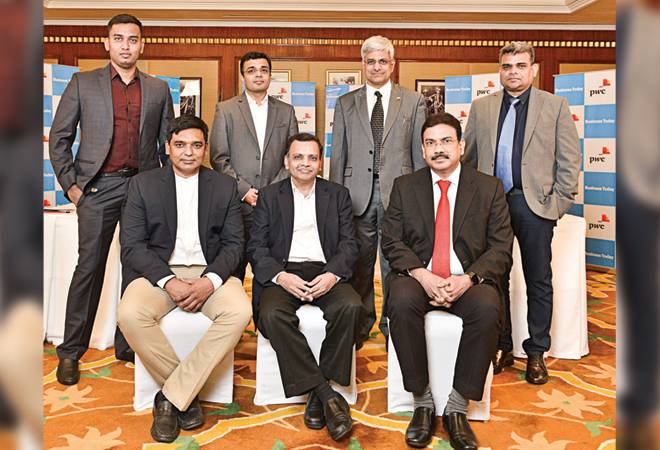 Globally, industries are changing fast by adopting new-age technologies like artificial intelligence, Internet of Things, 3D printing and other digital tools. Infrastructure companies are also catching up and adopting these for better execution, cost reduction, and improving quality and service, top sector executives said at the Business Today-PwC Smart Infrastructure Roundtable in Mumbai organised on May 21, 2019.

Prosenjit Datta: How far have we come in using smart technologies for our infrastructural needs?

Devidas Kulkarni: In my opinion, we are going for digitisation in infrastructure and we can notice the evolution in the automotive industry in Europe. We are actually very well placed in terms of competence and capabilities. But across the value chains, whichever products have been deployed, we are not utilising them in the best way. In big cities, population and environment change are important aspects that have to be addressed at the infrastructure level.

In infrastructure, we also have the standalone systems - building management, access control, surveillance, etc. At that stage, most organisations even today utilise the benefit of automation by putting an operator there. So far, we don't have any way of storing information on cloud and using it to add value to services for customers. So the true benefit of data is never achieved. We do complete automation of smart rooms for hotels. What we have is demand flow technology that uses artificial intelligence and a whole lot of data in the building, which is then used to run the system on an optimum performance level. We are told this has helped in energy conservation and eliminated redundant manpower. There would be demand but also challenges due to, say, unions. We can address these issues. India is definitely one of the biggest opportunities for digitisation.

Manish Agarwal: Artificial intelligence is not only about jobs; there is a business case for it. We can categorise the use of smart infrastructure into two broad buckets - construction or project execution phase, and the operational phase. We are looking at the way digital business is done and whether we are using these technologies to solve business problems. The experience element is critical to success.

Datta: Where is the adoption higher - operations or construction?

Agarwal: Initially, it is more in the construction part. The challenge in operations is that in India, there is a strong government play in infrastructure like in airports and ports. There is a lot more that is getting done in the private sector. From the government side, the business case needs to be stronger.

R. Srinivasan: For us, digital is a way of life. We have started smart communication. The principle is to find the pain points in a city and the digital interventions required. As far as construction goes, we have 33,000 pieces of equipment and almost 12,000 critical pieces are connected. We use drones for complete surveys, even to check whether bolts and nuts have been put properly. We are extensively using digitisation in construction.

Bhuwan Lodha: I want to give a different business perspective. Digital is used for three things and at different maturity levels. One way is to simplify the way businesses are run and that adds to the bottom line. Two is elevating customer experience, which adds to topline and helps have deeper relations with customers. Three is finding new ways to build new businesses like uses of smart mobility. These are still evolving and would be very different solutions, which will be unlocked by technology. If we see digital through these lenses, we know where we need to focus more.

Sanjiv Kumar Jha: Use of digitisation follows three stages: Stage 0 is when you have acquired data; Stage 1 is analysis of data for decision-making; and Stage 2 is using it real time to automate the process. In India, we are at Stage 0 and maybe early days of Stage 1. The barriers include key understating of what tech can do and the use cases of digitisation. Third is the relevance of technology and how you can use historical data to generate data for use. Fourth is financing - infrastructure financing has not changed over a decade. If we put away all these barriers and have a clear policy around privacy, ownership and ethics of data, we can move quickly to the next stage.

Nandakumar Somasundaram: Digitisation of transport companies is less than 5 per cent and is used only for tracking, not for predicting. The education and understanding of technology is in itself a very weak position. If I want to implement a technology, majority of the products in the industry are outdated. While original equipment manufacturers (OEMs) are bringing in technology, 85 per cent of vehicles don't have the capabilities to adopt the new technology.

Datta: How is adoption of 3D printing in companies?

Anand Prakasam: 3D printing grows because of digitisation. If there is no digital data, you can't do anything with the printer. Digitisation of design is available. But how to bring it to the implementation stage? The automotive and gas turbine industries talk about it. In manufacturing, there is a big gap; there is lack of implementation and that can be attributed to knowledge level. This is where a lot of skill development is required. We are working with many institutes which are skilling or re-skilling people to convert data into 3D printing. The ecosystem to use data is still not available.

Datta: What has been the experience in pure government projects?

Somasundaram: One thing to put in context is that there is infrastructure which has to be built, and then there can be digitisation. There have to be more roads, more buses on the roads and then digital information gives better experience. Having said that, we are seeing some progress on things like integrated ticketing and single card use in several cities. In Mumbai, we are working on a project to get 14 different platforms on one card; it is working in Ahmedabad and Kochi also. It is a mix of experiences but basic physical infrastructure is necessary.

Kulkarni: The government is open and wants to listen to us but their procurement process is pre-defined and will not change overnight. We have to make the effort to change that scenario so that the digitisation approach is built right when the tenders are coming out.

Jha: The challenges are silos and (lack of) inter-operability of data across those agencies. You need a national level data policy to accelerate what is being done by the private sector.

Prakasam: Among MSMEs, large corporates and governments, I feel MSMEs are more aggressive in using technology. The government is the slowest. China and Turkey have invested billions of dollars but we have not done much in this direction and there has been no government push for 3D manufacturing.

Lodha: Any government related service has to work on a scale and for that you need an infrastructure. Before the digitisation wave, we had the computerisation wave. At that point bandwidth was constrained, data got locked into local servers and could not talk to each other. But in the past few years, we have moved on to 4G, and 5G will unlock a lot of use case. It will take out this fundamental issue and help the government drive data usage.

Datta: What about initiatives from a manufacturing perspective?

Prakasam: We have seen a lot of initiatives being taken up by the defence sector such as spare parts for aircraft. The big challenge is design. The defence sector talks about onsite production and for that you need a lot of data in digital form. So this infrastructure is also not in place. Though the intention is there, initiatives need to be taken.

P.B. Jayakumar: In a country like India, how receptive is the industry to new technologies coming in? It took three years to sell the first 3D printer. (Jayakumar is Senior Editor at Business Today)

Kulkarni: Siemens has a unit in Kalwa where customers' requirements come in, production and manufacturing planning is done and there is least human intervention in producing what is required. SMEs are all interested in developing it.

When we talk of smart infrastructure, we divide it into areas. We need to make a building smart, campus smart and then city smart and then go for evolution from one to another level. There are a whole lot of use cases already established. We are not only a product company but also a software company among the global top 10.

Prakasam: I have not really seen a huge amount of production in 3D printing. I think they have five to six years journey left before they can go into mainstream production. The beneficiaries would be aerospace and space organisations where every gram saved has a huge impact. Automotive is also following this but today, technology is not strong enough to go into mass manufacturing of cars. So in the next five to 10 years, big beneficiaries will be aerospace, automotive and gas turbines as older models need spare parts.

Datta: What about talent?

Srinivasan: We don't have enough talent. From L&T's perspective, we took some of the people from other companies but after that, we have been taking trainees every year. We are also working with a lot of start-ups. We have set up a skill re-training institute in Hyderabad where we take care of human resources for the first two years and then they can go anywhere. Talent is one of the most important things that need to be addressed - we need to identify and nurture talent to achieve scale.

Lodha: While we have a lot of technically enabled talent in India, we need a massive wave of re-skilling as technology will replace work that machines can do better than humans. In India, there is a need to fill this gap to make machines and bots do a better job. If not addressed, skilled manpower will be the biggest challenge going forward.