Foldables Have Miles To Go

When the novelty wears off, tech giants could be struggling to justify the utility and astronomical pricing of folding phones. 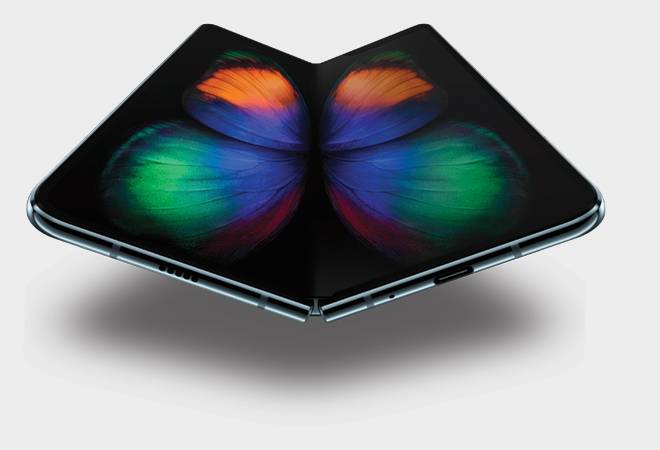 Smartphones have become exciting again. At least the folding ones, ever since Samsung and Huawei unveiled their latest creations, giving rise to speculation that a folding iPhone is bound to happen by 2020. Motorola is gearing up to launch its device and Xiaomi has posted a futuristic, double-folding prototype on a social media site. A new patent that has surfaced online suggests Google may come out with a phone similar to Motorola Razr 2019.

We are not yet sure what specific purpose these 'luxury' phones are going to serve (Galaxy Fold starts at $1,980 for the 4G version while Huawei Mate X will cost $2,600, undoubtedly premium pricing), but one can understand why the buzz around foldable phones is not going to fizzle out. Here is a path-breaking innovation, a never-before change in form factor, which could redefine the hardware, software and user experience (UX) much like Apple did in 2007 when the first iPhone hit the market. We have seen plenty of incremental changes over the past decade - big screens, transparent panels, multiple-camera set-ups, reverse wireless charging and in-display fingerprint sensors. But none of these turned out to be the next big thing in the smartphone space.

The first iPhone featured a 3.5-inch display and we are now quite familiar with 6-inch plus screens. Foldable phones are yet another step towards a much bigger screen estate - a convenient combo of phone, tablet and camera - in a compact form. The aim is to enhance UX by facilitating better content consumption and creation across e-mail, web browser, e-books, video streaming, gaming and more.

Consider this: iPhone XS Max packs a 6.5-inch display in a body measuring 157.5x77.4x7.7 mm and weighing 208g. In contrast, Huawei Mate X has a 6.6-inch front panel (when folded) that can be unfolded to a seamless 8-inch panel. At 161.3x78.3x11 mm, the folded Mate X is slightly bigger than the XS Max but the device weighs around 300g. The front panel can be used just like a regular smartphone, and the 8-inch panel, when unfolded, can be used as a great multitasking device. But, will the hinges function as smoothly as manufacturers claim? Second, how smooth will be a split-screen usage for multitasking? 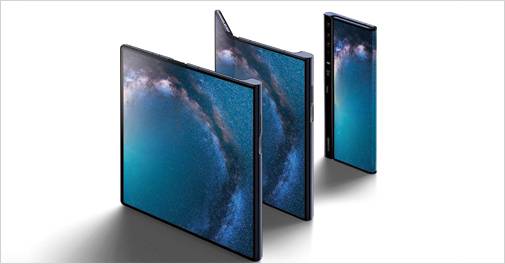 "To start with, foldable phones will not replace normal smartphones. People will continue using smartphones as they have done before. But when foldable phones become mainstream, people will have new options to learn and think about. UX will be a differentiating factor here," says Wally Yang, Senior Product Marketing Director at Huawei Consumer Business Group.

A lot depends on the design. Mate X has an out-fold design while Galaxy Fold has opted for an in-fold version. The outer part of Galaxy Fold features a 4.6-inch display and there is a separate 7.3-inch display inside. "This year, the industry will see different form factors and design is going to be crucial for foldable phones," adds Yang.

Best of Tech on the Cards?

Manufacturers today are not only talking about great designs but are also packing in the latest technology. Both Huawei Mate X and Samsung Fold will be 5G compatible. Google, too, has recently released its first beta of Android Q, the upcoming software update for Google's mobile OS, which will be optimised with foldable-focussed features and experiences. But the most contentious point at the time is the polymer (plastic) displays used by first-generation foldable smartphones. The material might be flexible enough to withstand thousands of folds, but it is highly reflective and not scratch-resistant.

"During the Mobile World Congress this year, we saw a couple of foldable devices and the plastic on those phones does not look good. It is easy to prototype but it has a crazy high reflection. So, in the longer term, I think people want a glass solution. That way, the best technology solutions will be converged eventually. It is going to be a huge value opportunity," says John Bayne, Senior Vice President and General Manager at Corning Gorilla Glass. The US-based Corning is the industry leader in glass protection for smartphones and should be ready with its bendable glass solution by the end of this year or the next.

In spite of the hype, foldable phones are still taking baby steps and the ecosystem around them must evolve to meet consumer expectations. Other than design challenges, application optimisation will be a big issue as apps must be optimised for each design. Plus, the most significant pain point remains in the form of pricing - it will not go down any time soon.

"Foldable technology is at early stages of the development cycle. We believe the first- or second-generation foldable smartphones will be initial imprints of future technology. Typically, smartphone specs are designed for single-handed use; so, the foldable design is likely to face ergonomic challenges initially. Also, they are likely to be bulkier. It remains to be seen if consumers will perceive value in such devices at the expense of cost and convenience. Apart from usability, cost and convenience, foldable smartphones have no standard aspect ratio for now," says Hanish Bhatia, Senior Analyst, Devices and Ecosystem, at Counterpoint Research, a Hong Kong-headquartered market research organisation.

Unless the value gets clearly defined, the bendy phones may end with a whimper just like the modular smartphones did after the initial hoopla.