With the 'Rebrain or Rot' theme, the sixth edition of BT Mindrush brainstormed how organisations need to change to thrive in the future.
Team BT | Print Edition: March 24, 2019 A packed hall testified to the interest that a theme like Rebrain or Rot generated. As the main topic of discussion at the sixth edition of India Today's leading flagship business event, Business Today MindRush 2019, it attracted diverse points of view from different domain experts. Held at the Taj Palace hotel in New Delhi, on February 14, 2019, to felicitate 13 captains of industry for excellence in their fields, the event was attended by participants from varied domains - from education to start-ups, from IT services to retail.

In his welcome address, Raj Chengappa, Group Editorial Director (Publishing), India Today Group, said leaders are expected to be lions in their own domains. But they also "step back and share credit with their team and promote others." 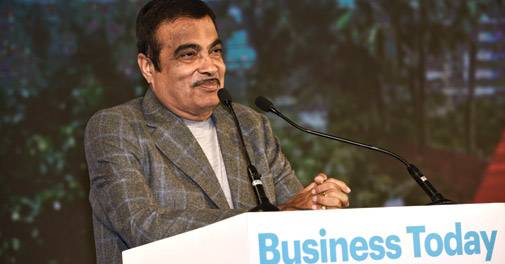 The first session of the day was on 'Dictionary for the Future: Top Ten Trends to Track'. Futurist Mike Walsh stressed on the fact that machines are doing many of the jobs that humans did, and the trend would only accelerate in the years ahead. Therefore, companies would need people with a fresh and different mindset, "people who can make good decisions in an ambiguous situation; those who are flexible enough to adapt as the world around them changes," he shared. An organisation's best people will have jobs that don't even exist today.

Brick Vs Click, the topic for the next discussion, took the Rebrain or Rot theme further. While views and experiences differed, the consensus was that a synergy is needed between online and offline platforms of various businesses. The panelists were Patu Keswani, Chairman and Managing Director, Lemon Tree Hotels; Peter Betzel, India CEO, Ikea; Rajesh Magow, Co-founder and CEO, MakeMyTrip; Devendra Chawla, MD, Spencers Retail; Ajith Mohan Karimpana, Founder and CEO, Furlenco; and Kovid Kapoor, CTO and Co-founder, Holidify.

David Wood, Coach and Trainer, took the discussion forward during a productivity masterclass by talking about how to enhance productivity. The interaction, which saw active participation by many from the audience, drew attention to achieving much more by moving out from comfort zones to uncomfortable zones. Wood, an internationally acclaimed coach and trainer of enhancing productivity, said, "Your brain is not designed to make you rich or happy. The brain is wired to keep you in a small box, to push you back into your comfort zone. If something does not challenge you, it won't change you." His mantra: One must convert 'thoughts' to 'feelings', and follow it up with actions, which will eventually lead to 'results'.

While successful start-up entrepreneurs Sandeep Aggarwal, Founder and CEO, Droom; Sujeet Kumar, Co-founder, Udaan; and Neha Kant, Co-founder and Director, Clovia, shared their experiences on finding business ideas and working towards them, Janmejaya Sinha, Chairman (India), Boston Consulting Group, said that "all of what we assume and take for granted is under challenge." He pointed out the need for companies to prepare for the future as data and digitisation would change the old parameters: "The future is not far." C.P. Gurnani, Managing Director and CEO, Tech Mahindra, added that with parameters changing so fast, companies have to be decisive. "Companies can survive depending upon how agile they are. I urge organisations to be decisive. I believe that the future is in your hands, and you have to be willing to transform," he said. 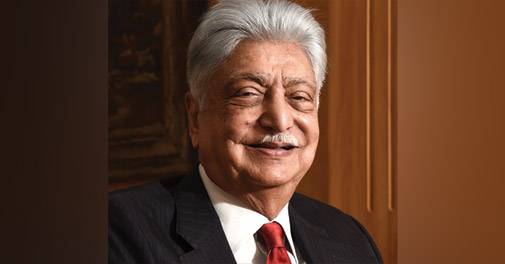 Staying relevant for the many types of Indian consumers can be a challenge for companies, said Bhaskar Bhat, Managing Director, The Titan Company, in his keynote address on 'Future of Consumption in India'. The India consumption story is mostly about millennials, but according to Bhat, brands could not afford to ignore the 'silvers' or 45-plus consumers as "they are brand loyal, empty-nesters and hence, ready to spend on themselves." An intense economic debate took place during the Fireside Chat at the event. Sanjeev Sanyal, the principal economic adviser to the Government of India, rued the narrative that seems to suggest the government is deliberately manipulating data. He defended the government on the recent controversies around data saying that as long as data suits the political narrative of the Opposition, they welcome it, but the moment it becomes unfavourable for them, they start criticizing it. 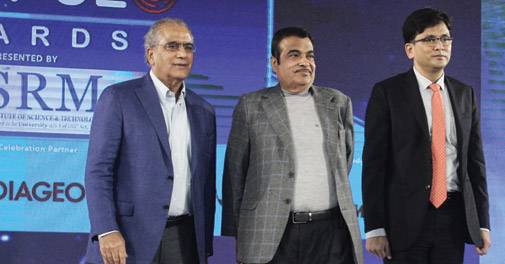 Montek Singh Ahluwalia, the former deputy chairman of the Planning Commission under the previous UPA government, said there was a need for non-interference in the work of the statistics commission. Ajay Shah, Professor, National Institute of Public Finance and Policy, said that while the data on inflation and balance of payment are largely credible, it is the GDP, Index of Industrial Production and annual survey of companies that have problems. Rajat Kathuria, Director and Chief Executive at the Indian Council for Research on International Economic Relations, said that jobs have been created but the government doesn't seem to have a handle on the measurement part.

While welcoming Union Minister Nitin Gadkari, India Today Group's Chairman and Editor-in-Chief Aroon Purie said over the last two decades companies have started giving more importance to the effects of their business on the planet and this year's CEO awards aptly captured that. "There are three Ps in business - profit, people and the planet. While profit and people were always important in India, in the last two decades, and increasingly over the last decade, planet has also become important and companies have realised their duty through CSR and sustainabilty measures," he said. "Alongside other intrinsic changes like AI, machine learning and blockchain that are widely talked about, this is another important facet of business."

The power keynote address was delivered by Nitin Gadkari, Union Minister for Road Transport & Highways, and Shipping; and Water Resources, River Development and Ganga Rejuvenation. He said team was more important than technology and resources, and companies that neglect this to chase revenues, always get into trouble. He exhorted industry leaders to look at innovative ways of doing business to stay relevant in future. "We are faced with stiff new challenges, particularly related to climate change, and need a fresh approach to answer them. Developing inland waterways that brings down the cost of logistics is one of them. Using biofuel both for road as well as aviation transport is another. We need industry to invest in all of this," he said. Futurist Mike Walsh stressed on the fact that more and more machines will do jobs that humans did.

The finale was the awards ceremony. There were eight sector-based awards, and four on size - small, medium, large and super large. Mukesh Ambani, Chairman and Managing Director, Reliance Industries, was awarded the Champion of Champions, and also the Best CEO-Super Large Companies. Azim Premji, an industry stalwart, won the Lifetime Achievement Award.

The sponsors were SRM Institute of Science and Technology (Deemed to be University), GE, MUFG, Brother, Diageo, Government of Bihar, Hidesign and PwC.