This year's Galaxy Note is not about innovation but perfection. 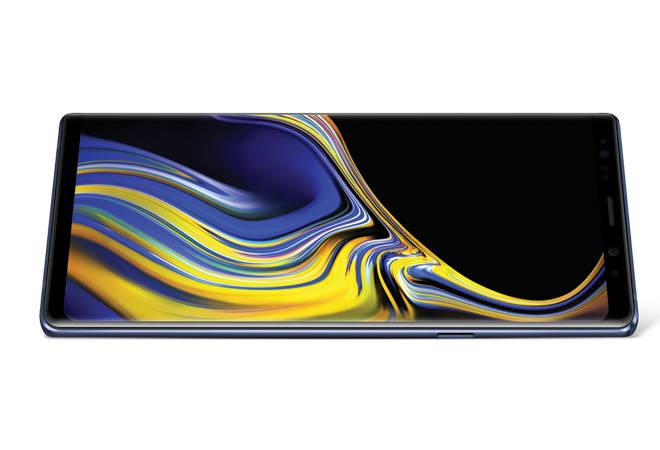 This year's Galaxy Note is not about innovation but perfection. Besides the best-in-class display, fine build quality and great performance, what makes the Galaxy Note9 special is its S Pen stylus that Samsung has enhanced over the years. But its new features make me wonder why it took Samsung so long to incorporate them.

Tucked neatly towards the right on the bottom panel, the S Pen done in bright yellow and gold looks quite stunning. A simple press unlocks the stylus, and I was able to take down memos on the locked screen, similar to that of Note8. I continued to use it as a stylus to take down notes, draw and navigate through the device as the addition of Bluetooth connectivity to the S Pen enables remote functionality. For instance, instead of touching the screen and capturing an image, you can do it by pressing the physical button (Pen button) on the S Pen. I mounted the Note9 on a tripod and clicked away using the stylus. Plus, the Pen button switches functionality depending on the apps. When used with the music player, it can skip tracks, or you can use it with DeX to pull up presentations/slideshows. Unlocking the Note9 with the Pen button was what I liked most although this feature was turned off by default. It only works when the S Pen is connected to the phone and is already in use. When I forgot the stylus behind, an alarm popped up on the locked screen, reminding me to insert the stylus back.

The Note9 does not look too different from last year's Note8 although it does not fit in the Note8's back cover. With the dual SIM tray on the top, the power button on the right panel, volume control and the dedicated Bixby button on the left, and the Type C charging port, speaker grill, 3.5 mm jack and the S Pen at the bottom, the Note9 has a neat and simple design. It houses a glass front and back, and the front features a 6.4 inch Quad HD+ Super AMOLED display with 2,960x1,440 resolution (but by default, the 2,220x1,080 resolution is turned on). One can switch to the higher resolution from display settings. There are very thin bezels on the sides, but thick ones on the top and the bottom - Samsung has not opted for the 'notch' display.

The device comes with Samsung's custom UI and is free of bloatware. Still, some might complain about the dual browser app and the e-mail client on board. Swiping towards the right from home page loads its Smart Assistant Bixby that brings together all relevant information on one page. Swiping up from bottom loads the app tray. Running Android Oreo, the Galaxy Note9 is powered by the octa-core Exynos 9810 system-on-chip processor. Of the two variants available, my review unit was the entry-level one with 6 GB of RAM and 128 GB of internal storage. However, it could easily handle non-stop video streaming and multiplayer gaming for hours. Video editing also went smoothly.

The camera on the Note9 is a dual 12 MP system at the back, including a wide-angle lens with switchable apertures and a telephoto lens. The Live Focus captures stunning bokeh images, and with a single tap in the gallery, I was able to switch to the wide-angle image. The camera app also features auto-scene detection when used in regular photo mode. The 8 MP front camera also features selfie focus that blurs the background. Samsung has relocated the fingerprint scanner below the horizontal camera module, which makes it easy to access and quick to unlock.

To live up to the new fancy features, the Note9 packs in a 4,000 mAh battery, which managed to last me a day with heavy usage including video streaming, continuous push mail notifications, S Pen use, browsing and camera usage. I still had close to 20 per cent charge left at the end of the day, but it took a little over two hours to get a full charge.