One Man, Many Realities

Prime Minister Narendra Modi is often deemed a polarising force, and authors deep-diving into his life and times, strategies and ideology, have painted him in many hues. 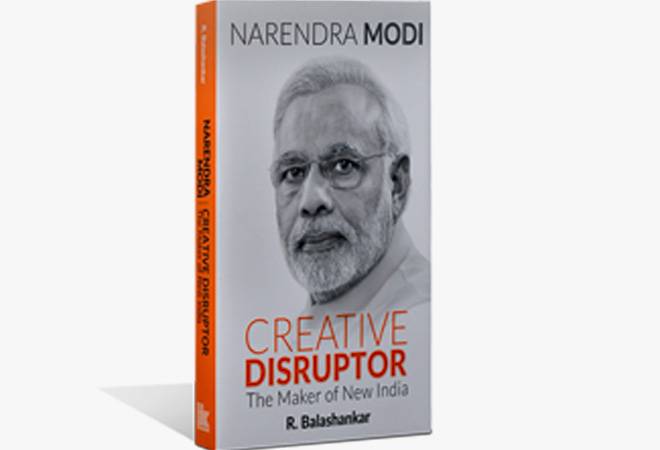 Over the past five years, a goodly number of books have positioned Prime Minister Narendra Modi as the fulcrum around which their economic and political discourses have flourished. Almost all content formats have been used for this purpose, right from a comic book titled Bal Narendra: Childhood Stories of Narendra Modi, published during the run-up to the 2014 polls, to well-researched analyses. And all of them have sought to capture the Modi persona from every possible angle - the man, the administrator, the visionary leader, the diplomat, the master of social engineering and, of course, the flag-bearer of the right-wing Hindutva agenda.

Ever since his rise to power, Modi has been a polarising factor, loved and admired by many and loathed by others. Understandably, the books about him are also split into two sharp camps. A good number of Modi books could have been used as campaign material, given their high-decibel praise of his talent and achievements which seem to overshadow every politician in the country's history. But his critics are many, and equally vocal, who never fail to question his thoughts and actions and their impact on India's people, social fabric, growth and economy. Then there are authors who have blatantly leveraged 'Brand Modi' in their books without providing any meaningful insight.

Before we discuss our cache of recent books (randomly selected) and their significance, two early books should be mentioned in this context. The first is The Modi Effect (2015), penned by the UK-based journalist Lance Price. It aimed to analyse the Modi wave that swept the Bharatiya Janata Party (BJP) to power in 2014, but the author later revealed that he was partially compensated for the expenses incurred while researching for his book.

The other one is a political biography published in 2013 and titled Narendra Modi, The Man, The Times. Written by Nilanjan Mukhopadhyay, a veteran scribe and author known for his critical views on Modi, the book is a definitive account of a man disrupting the broadly accepted principles of a sovereign, secular nation but still sweeping the polls to emerge as a larger-than-life leader.

What Mukhopadhyay wrote about Modi's undisputed ascension is now put to the test as the Narendra Modi-led NDA (National Democratic Alliance) government is seeking a second term at the Lok Sabha. But is the Modi brand still holding sway? Although Arun Jaitley has claimed it is "Modi or chaos" this time and the ongoing polls "are a referendum on him", a look at some interesting works and what they project will bring us up to speed.

In October 2018, veteran Congress politician and writer Shashi Tharoor came out with The Paradoxical Prime Minister, an in-depth analysis of the government's performance over four years and a half to suggest why Modi "says one thing and does another". However, BJP member and former journalist R. Balashankar made a laudable attempt to provide a fitting reply to Tharoor's conclusions in Narendra Modi: Creative Disruptor, which hit the market in January this year.

A Quantum Leap, edited by academicians Rohit Azad, Shouvik Chakraborty, Srinivasan Ramani and Dipa Sinha, is a collection of expert contributions that critiques Modi's socio-economic policies and mode of governance with empirical evidence thrown in for ballast. It challenges the likes of Balashankar who claim that promises of acche din have mostly been made. In Modi and Markets, Dhiraj Nayyar, an economist with Centre-Right credentials, puts together his collection of columns published over the past five years to suggest how a combination of smart economics and clever politics can transform India. However, Open Embrace, penned by journalist Varghese K. George and the final book in our list, is distinctly different from the rest as it analyses the Indo-US ties in the age of Modi and Trump. All of these books require a closer look to understand whether the present government's promises have been kept or whether its policies have been mainly regressive.

The Paradoxical Prime Minister may remind one of The Accidental Prime Minister, written by editor-economist Sanjaya Baru on former Prime Minister Manmohan Singh's days in office, but there the similarity ends. Tharoor's 500-page book, written in his inimitable style, is an attempt to expose the contradictions in Modi's personality, style of functioning and methods of governance. Each of the five sections, further subdivided into chapters within the broader theme, examines a crucial aspect of polity and economy. The first section, also called The Paradoxical Prime Minister, records Narendra Modi's political journey.

Modi-faction of India, the second section, illustrates how the Modi government and its followers are damaging India's plural and secular culture, rendering the country unsafe for minorities, liberals, Dalits and women, stifling the freedom of expression, enabling the faking of history and so on. Moditva and Misgovernance questions the government's claims of improving the lives of citizens and strengthening Indian institutions. The Failure of Modinomics talks about the economic setback while Flights of Fancy, the last section, reassesses the merit of Modi's foreign policy initiatives. The book draws heavily on published material, news, views and other publications, and is presented in a reader-friendly format. It would have commanded critical acclaim if Tharoor were not a leader of the main opposition party. Nevertheless, it merits attention for bringing together all newsworthy developments across sectors since 2014.

Balashankar has chronicled a different story. A former editor of Organiser Weekly and former National Convenor of the BJP's Intellectual Cell, the writer is a staunch and vocal supporter of Modi. The Creative Disruptor has a foreword by BJP President Amit Shah, followed by an introduction by Finance Minister Arun Jaitley and an appreciation by Minister of Road Transport and Highways, Nitin Gadkari.

For a Modi bhakt (follower), there cannot be a better handbook that explains all his achievements (GST, Ayushman Bharat, Swachh Bharat, Pradhan Mantri Ujjwala Yojana, infra push and more) and counters all allegations (cow vigilante violence, intolerance and the still-raging Rafale deal controversy, to name a few). There is a chapter called Tharoor's Modi Obsession to lock horns with the Paradoxical Prime Minister in letter and spirit. And the sections titled Modi-Shah Team and The Family (read the Rashtriya Swayamsevak Sangh or RSS) are the right poll campaign material. In fact, the writer has acknowledged the enthusiasm of his publisher who has set a target of one lakh copies with plans to translate the book in all Indian languages before the end of the ongoing election season.

A Quantum Leap in the Wrong Direction (the title comes from a comment by Nobel Laureate Amartya Sen) is divided into three parts - The Economy, Socio-Economic Indicators and Governance. Written by 17 reputed academicians, economists and activists, each chapter is well researched and supported by adequate data. The book looks at several critical issues such as India's ongoing banking distress, agrarian crisis, a reality check on employment generation, health and education, gender issues, environmental policies, foreign and security policies, and the truth of Sabka Saath, Sabka Vikas (development for all) within the five-year time frame of Modi's rule. The strength of the book is its data-driven academic rigour where facts speak for themselves instead of a partisan mindset.

Nayyar's Modi and Markets is a mix of Modi-centric columns and topics related to the issues which mattered most during the just-concluded regime. The first section titled Modi traces his journey from a state Chief Minister to India's Prime Minister. It further argues that measures such as demonetisation and GST have altered the country's economic landscape after decades of irresoluteness displayed by our political leadership. The next section called Markets highlights the importance of free markets, what they have delivered and what they can do when unleashed.

Supported by meticulous research, Open Embrace aims to analyse the strategic relationship between India and the US by exploring how PM Modi and President Donald Trump, both driven by notions of (narrow) nationalism, are reshaping their respective countries and the likely effect of that process on their external ties. Author Varghese George has seen both leaders at close quarters, and that insight has helped. (Note for the curious: Varghese covered the 2007 poll campaign of Modi who was then Gujarat CM; the writer also witnessed Trump's unprecedented victory as he worked as a U.S. correspondent at the time). Out of the five intriguing chapters, Modi's World View: Hindutva Strategic Doctrine and India in the Age of Trump are must-reads.

If you can ignore the Trump factor for a moment, the last sentences of Open Embrace can very well be the concluding remarks for all Modi Books. Here is a slightly tweaked version: The politics that he represents and has helped create will long outlive his tenure in office. And the perpetuation of his rule and legacy is likely to change the contours of India? forever." Whether you consider that good or bad depends on which side of the fence you are.