Top five innovations that will wow you in 2019. 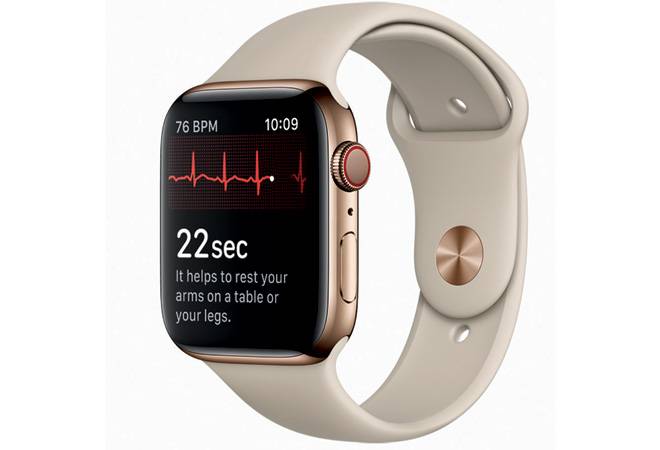 The world of technology is brimming with innovations. Even the wildest imaginations are now turning into reality. Big screens and notches are passe, foldable phones and bendable tablets are the new products in the block. The world's first foldable smartphone has already been launched. Samsung and Huawei are set to debut theirs in 2019. 5G connectivity is no longer a part of the textbook. AT&Ts first mobile 5G service has just been launched in the US. From wireless charging to growing scope of wearable devices and artificial intelligence, plenty of disruptive technologies are set to greet us in 2019. Here is a quick lowdown on the top five innovations that will change the way we live: 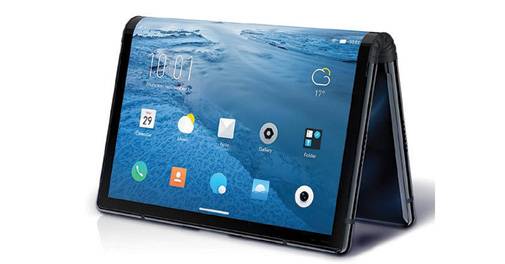 With not much room left in terms of design differentiation in mobiles, manufacturers are now looking to introduce innovative form factors with an immediate focus on foldable smartphones. Samsung has already demonstrated a smartphone with the foldable screen. But the Korean giant is not alone. US-based Royole has also come up with the world's first commercial foldable smartphone with a flexible display. The company claims it to be a virtually unbreakable and extremely durable smartphone with the screen having been bent over 2,00,000 times during testing. When unfolded, FlexPai supports split-screen mode, multitasking, and drag-and-drop feature. It automatically adjusts screen sizes and provides enjoyable video-watching and gaming experiences. When folded, FlexPai can support dual screens running separate but simultaneous operations. The interface on the primary and the secondary screens can mutually interact with each other, or independently use different interfaces without interfering with one another. The edge screen sidebar can be used for receiving notifications and managing calls, messages and more. The biggies in the industry are all focusing on foldable phones. Apple recently received its second patent for its foldable iPhone. Reports suggest LG Display has partnered with Lenovo, Huawei, and Xiaomi to develop foldable devices and will also provide them with foldable panels.

The Future of Smartphone Era Webinar by WitsView, a division of TrendForce, expects foldable smartphones to account for only 0.1 per cent in the global smartphone market with the penetration rate estimated to reach 1.5 per cent in 2021. Capable of offering faster speeds and reliable connections than before, 5G, the next generation of mobile internet connectivity, will be rolled out in 2019. One can expect an average download speed of around 1 Gbps. The 5G technology is not just for smartphones but will play a vital role in impacting businesses and industries globally. It will benefit industries such as automotive, energy, healthcare, Internet of Things (IoT) and many more. 5G networks have been under development for long and are expected to be launched across the world by 2020. Telcos around the world have been deploying 5G architecture and doing field trials. In India, Ericsson has signed a memorandum of understanding (MoU) with BSNL to work together on developing new 5G use cases, knowledge sharing on 5G technology concepts, industry and innovation trends including 3GPP standardisation progress. Ericsson has launched new hardware and software products for helping Indian telcos move to 5G networks faster. Even Qualcomm is hopeful that 5G technology would be deployed in India at the same pace as 4G networks had been rolled out.

The integration of ECG in Apple Watch Series 4 (currently only in US) has helped many diagnose their heart conditions. That's what healthcare wearables are about. Other than tracking fitness activity, wearables will now grow as a complete healthcare category.

So far we have only seen wearables that we can wear on our own but the ultimate future will be the medical wearables with artificial intelligence that could diagnose, monitor and even communicate the doctor about patient's condition. These could help in early diagnosis and gathering real-time data resulting in a better analysis.

Technology giants are increasingly working with institutes for clinical trials for such wearables. Recently, Garmin has stepped into medical wearables space through a new collaboration with ActiGraph for academic research, clinical trials, and remote patient monitoring. Artificial Intelligence (AI) has existed for long, but it is only during a last couple of years that it gained significant momentum having been used in almost everything imagined from smartphones, watches to home appliances. Machine learning and deep learning models require powerful chipsets and the latest advancements are witnessing the rise of AI chips. The year 2018 saw some flagship chipsets getting AI capabilities - Apple's A12 Bionic chip, Huawei's Kirin 970 and Qualcomm's Snapdragon 845. Going forward, Taiwanese chipmaker MediaTek is looking to add unique AI capabilities in mid-end phones with the launch of its Helio P90 chipset. Amazon has also announced 'Inferentia' ML chip, which is focused on accelerating machine learning applications and dealing with large workloads ensuring lower latency.

According to a report by a market research firm MarketsandMarkets the availability of Big Data coupled with AI algorithms for an extensive range of application areas is fueling the growth of the AI (chipsets) market. "Machine learning is expected to hold the largest share of the AI (chipsets) market from 2018 to 2025. It enables systems to automatically improve their performance with experience," the report says.

Wireless charging is becoming popular. There are a couple of laptops with wireless charging capabilities and earbuds are also supporting this tech. But it still requires the device to be placed on the charging mat/stand. Going forward, there could be receiver chips for smartphones that could wirelessly charge devices within a 15-ft radius. Even Wi-Charge has come up with technology that can safely deliver up to 3 watts at distances of up to 10 metres using infrared light.

A Feast Of Fashion And Fine Dining