How much can companies rely on bots?
Sonal Khetarpal | Print Edition: November 19, 2017 Brands and businesses are increasingly using chatbots to connect with their customers - either for customer care or marketing. Gartner predicts that AI technology will become pervasive across software products and services by 2020. It will be among the top five investment priorities for more than 30 per cent of CIOs.

Today, brands are letting bots answer customer queries over chats, 24 hours a day, seven days a week. This helps the company save money and lets employees focus on more significant work. Bots also help accumulate user data and trends over a period of time. Neil Shah, Research Director, Counterpoint Technology, explains: "When a customer service executive, who has acquired the skills to deal with customers over time, quits, all the intelligence is lost; whereas the insights acquired by bots go into the company's repository."

Bots are being employed by brands for sales, too. Starbucks has a chatbot in its app for customers to place orders via voice command or chat. Facebook, too, has opened up Messenger for companies to build bots and converse with users directly. Bots are particularly useful in digital marketing and analytics to tweak market campaigns in real time, resulting in more ROI for ad spends.

However, it's still early days. Bots are only being used for monotonous tasks that require minimum human intervention, says Rakesh Barik, Partner, Deloitte India. "It is the machine intelligence bit that will let bots mimic human behaviour; that is still in the works," he adds.

Initial tests in the AI space have not been encouraging. Microsoft had to take down its AI bot on Twitter, called Tay, when it started posting offensive remarks. Until major headway is made, experts suggest that critical work be handled by humans and only those tasks that do not require judgment calls be assigned to bots.

Social media platforms' metrics to measure the impact of advertising on their platforms has been a bone of contention among digital marketers for their lack of transparency. Twitter has finally opened up its ad business to an audit from the Media Rating Council (MRC), the industry group that manages accreditation for media research and rating. "Twitter formally agreed to submit a set of key measurement metrics for MRC accreditation consideration, and has begun the first phase of the accreditation process," the MRC said. MRC will look at Twitter's data feed to analyse how precisely the company reports ads and impressions. It will also audit third-party data firms that brands use to handle Twitter metrics. 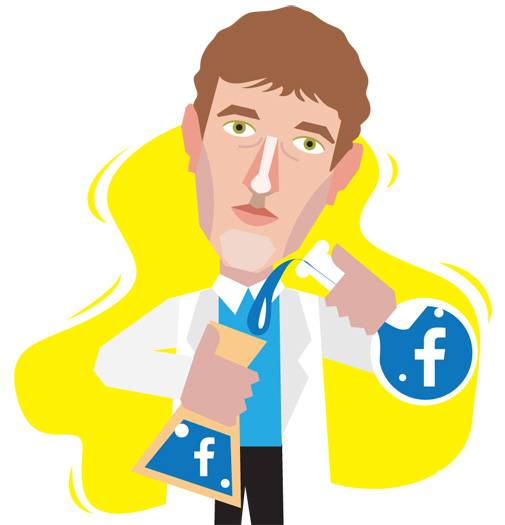 Facebook is testing out a new News Feed feature in six countries that will move posts from publishers and other pages into a separate 'Explore Feed'. This would require publishers to pay for their posts to be featured in the main News Feed. The company said the goal of this test is "to understand if people prefer to have separate places for personal and public content". However, the company says it is still piloting the feature and will see if it's an idea worth pursuing further.

The global chatbot market is expected to reach $1.25 billion by 2025, growing at a CAGR of 24.3 per cent, according to a report by Grand View Research Instagram has introduced a new video feature called 'Go Live With' that allows users to add friends in to live broadcasts. The two broadcasts will appear simultaneously, and appear in split screen like a face-to-face video stream. The feature allows only two people to go live together. The owner of the broadcast can also remove the guest and add someone else. It's been less than a year since Instagram rolled out its live-streaming service to users around the globe. This new feature is a part of Instagram's overall strategy as it competes with the live broadcasting feature of other social networks.

A year after Facebook launched its Workplace software to support chat and collaboration within companies and non-profits, the tool is now used by more than 30,000 organisations