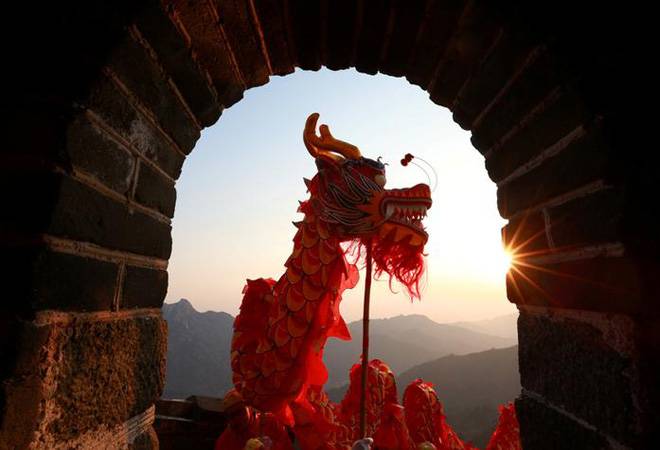 China and India have been at loggerheads for years, but this time, the Asian superpowers could be fighting a pitched battle over social media platforms. Take, for instance, what is happening at ShareChat, India's fastest-growing social networking app that is available in local languages and targets Tier II and Tier III cities and beyond. A couple of months ago, the homegrown app dragged Chinese app Helo's parent company ByteDance to court for copying its product design and using 'ShareChat' as an ad-word on Google. It seems ByteDance wants to go all out to capture the regional audience in the country.

The tech company, which owns several popular apps in China such as Toutiao, TikTok and Xigua Video, also bought California-based social networking platform Musical.ly earlier in the year and merged it with TikTok. Now, the company has its eyes on India and has launched several platforms in the country which have gained huge popularity.

According to data from New York-based analytics company SimilarWeb, TikTok's Android version had 17.11 million daily active users (DAUs) in India in November 2018. Helo, which was exclusively launched in India in June, claims to have 25 million monthly active users in the country. Its short video-sharing app Vigo Video is also popular here and its Android app clocked 6.42 million DAUs in India in November, according to SimilarWeb.

Besides ByteDance, other Chinese apps have seen good engagement as well. Tencent-backed Chinese video content platform Kwai had over 3,00,000 DAUs in India in November.

Most of these apps follow an identical strategy in India. They are available in multiple languages, have a user-generated content model in place and are targeting the regional audience. In the absence of proper regulations and content monitoring, these apps bet heavily on short video clips, which are often bawdy and border on the obscene.

These China-born apps definitely pose a threat to their Indian counterparts such as ShareChat, Clip and Roposo, which are targeting the same audience. But what is the reason behind the sudden and widespread interest in the Chinese platforms?

Shyamanga Barooah, Head of Operations at Helo, says there is a great opportunity to bridge the digital divide and include the next-generation Indian Internet users, who are more comfortable communicating in their mother tongues. Accordingly, the company delivers personalised regional content.

Girish Menon, Partner and Head, Media and Entertainment, at KPMG in India, has a different perspective. According to him, most of these apps have scaled up significantly in China on the back of mobile consumption, and there is no other market besides India if they want to replicate that scale.

Their India strategies are similar to those they have adopted in China. The short, snackable content featured on these apps is the right fit for the Indian regional audience, coming to the Internet for the first time.

"The demography is not really different in China and India in terms of size, and it has given them tremendous insight into consumer behaviour," says Raman Kalra, Partner, PwC India - Entertainment, Media and Sports Advisory Leader.

"Chinese apps can be monetised only when there is a significant scale. But for Indian apps to follow the same principle is extremely difficult," says Menon of KPMG. "A Chinese player can afford to say that for the next five years, it will earn zero revenue but will continue to grow its business. Whether an Indian player can do the same will be the key to cornering success."