Social media has become an obvious choice for many who want to reach out to brands for queries and complaints. As the volume of these queries seems to be exploding over time, quite a few smart brands have come up with dedicated social media accounts to serve their users. Nike has @NikeSupport; HDFC has created @HDFCBank_Cares and Xbox has in place @XboxSupport just for responding to customer queries. Not surprisingly, many of these service accounts enjoy more fan following than the original brands. For instance, NetflixIndia has 1,70,363 followers on Twitter, but its support page @Netflixhelps has 2,31,922 followers.

The 'service account' concept is especially useful for industries and businesses, which get zillions of customer queries, complaints and feedback every day. From telcos to banks, airlines and hotels, several companies are running separate channels for this purpose.

According to Pooja Gururaj, Lead, Social Media Strategy, VML India, the idea is to channelise service queries to a separate Twitter account and feature branded content on the main channel. A dedicated page, she says, makes it easier for users to voice their concerns and questions which they want to be addressed by the brands. It also emphasises that brands care for their customers and have dedicated resources in place to help them with what they need and when they need it. Plus, it is less intrusive, especially when a brand is promoting its story or running a digital campaign, as user messages complaining about streaming issues or product return problems would not appear in-between, she adds.

Given the 24x7 nature of social media platforms, brands try to be prompt with queries and issue resolution. However, no brand can do it well all the time, says Rajiv Dingra, Founder and CEO of Delhi-based WATConsult, a digital and social media agency. "Most of the times, queries are related to things which have gone wrong offline. What is important is that teams should have synergy with the online response management unit so that the latter can address issues promptly and complete the loop."

Also, the level of personalisation needs to be determined instead of pushing standard responses. Brands should do it keeping in mind the broad nature of issues and how best these could be solved, says Dingra. For instance, a bank that gets a high volume of redressal requests would focus on delivering faster and quicker service while an OTT platform would want to leverage each post to engage with its audience.

In its latest attempt to bring transparency to political advertisements ahead of India's general elections, Twitter will provide a dashboard on its platform, showing the expenditure of each political party. It is also verifying party representatives to ensure all information is coming from trusted sources. Moreover, it will engage with stakeholders to train parties and poll officials on how to use Twitter and report suspicious, abusive or rule-violating activity on the microblogging platform.

In an attempt to seal information leaks, all officials of six Delhi district courts have been mandated not to upload or share any official communication or minutes of meetings on social media platforms such as WhatsApp or Facebook without prior permission. District and Sessions Judge (HeadQuarters) Talwant Singh has recently issued a circular to this effect. In case of any violation of the order, "stern departmental action shall be initiated against the erring official(s)", the circular said. 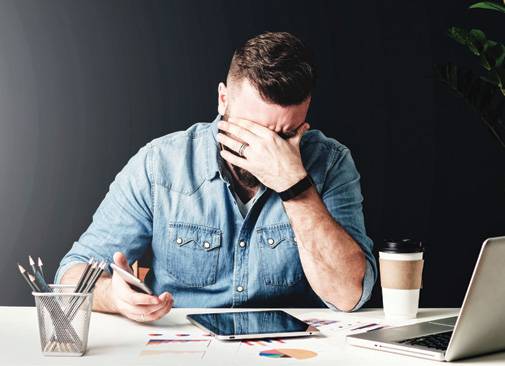 The worst social media platform for mental health is Instagram, followed by Snapchat, according to #StatusofMind, a study by the Royal Society for Public Health and Young Health Movement. The biggest concern is that Instagram makes people feel insecure about their body types, often leading them to spend a considerable time clicking photos to look perfect. Only YouTube was rated positive for mental health, followed by Twitter. The study involved 1,500 teenagers in the UK who rated social media platforms based on their impact on sleep, anxiety, depression, fear of missing out and body image.