The Indian solar PV and cell manufacturing industry has about 100 companies, but modules and solar cells imported from countries like China, Taiwan, Vietnam and Malaysia are cheaper by at least 10-20 per cent.
Team BT | Print Edition: December 1, 2019 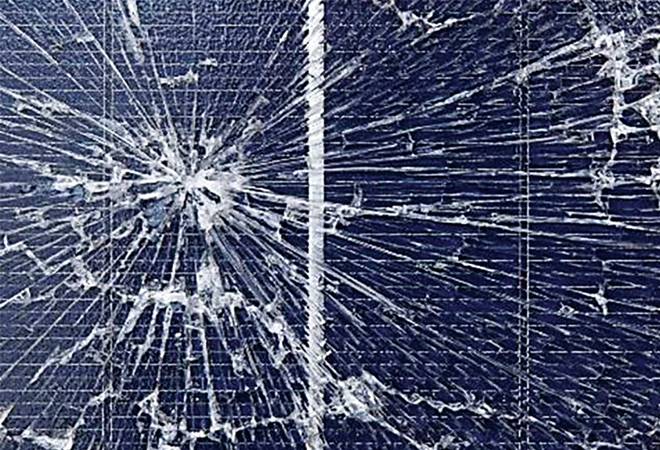 Solar tariffs are crashing and new project auctions lack response. Solar module and cell makers in India are finding the going tough. No new big capacities have come up in the past 5-6 years. The size of the domestic photovoltaic (PV) and cell manufacturing is only 9 GW and 3 GW, respectively, and India still imports about 85 per cent of what it needs as 20-25 GW is added every year to reach the target of 100 GW by 2022.

Moreover, the domestic solar PV industry is facing a fall in demand for new projects as tariff rates have come down to as low as Rs 2.63 per kWh.

The Indian solar PV and cell manufacturing industry has about 100 companies, but modules and solar cells imported from countries like China, Taiwan, Vietnam and Malaysia are cheaper by at least 10-20 per cent.

Chinese manufacturers have the advantage of cheap land and power apart from subsidy and export incentives. They also have economies of scale as they have created huge capacities. In India, land is not cheap, power is not subsidised and the 20-25 per cent capital subsidy offered takes years to get. Plus, debt available to the solar industry is at high interest rates and by the time capital subsidies are released, the subsidy advantage is neutralised by the high interest already paid. On top of this, many states want to revise the existing power purchase agreements (PPAs) to get cheaper solar power.

Keeping all these factors in mind, local manufacturers want the government to enforce high import barriers and also urgently come up with a comprehensive solar policy with incentives for local manufacturing. -P.B. Jayakumar

The assets under management (AUM) of microfinance institutions industry grew 47 per cent y-o-y in 2018/19 to reach Rs 68,207 crore from Rs 46,546 crore, according to a report by Brickwork Ratings.

The increase is due to various factors, the main being a wider client base, which went up 34 per cent in the year. Added to this, the average loan ticket size per account went up to Rs 25,543 from Rs 15,419 in 2015/16. Last year, MFIs also expanded their presence in under-penetrated states such as Rajasthan, Assam, Jharkhand and Gujarat as well as in new districts in states where they were already present. The NBFC liquidity crisis has also pushed some borrowers towards MFIs.

But the growth is expected to slow down a bit in the current fiscal, at 40-45 per cent. An adequate recovery model, availability of more credit and expectations of reduced interest rates by the RBI could drive up growth. The central bank's recent plan to increase the annual rural household income limit to Rs 1.25 lakh and to Rs 2 lakh for urban households for eligible borrowers could also influence an increase in borrowings. -Shivani Sharma There will not be any more extensions given to CEOs of private banks after they turn 70. This means that CEOs of two private banks - Aditya Puri of HDFC Bank and Romesh Sobti of IndusInd Bank - will retire in the next 12 months. IndusInd Bank has submitted the name of a new MD and CEO to the RBI for approval.

Five years ago, the central bank had allowed private bank CEOs to continue till 70 years. So, this time, too, the banking industry was expecting a relaxation in rules as the corporate sector is allowed to fix a higher retirement age under the Companies Act by passing a special resolution.

The HDFC Bank CEO Aditya Puri is set to retire in October next year. The bank has also announced that the CFO will be a "change agent", which many are interpreting as the person who will be the next CEO of the bank.

Both the banks had set in motion a succession plan well in advance. While some argue that the RBI should have relaxed the guidelines as applicable to corporate CEOs, there are also those who say that these CEOs can be part of the Board in a non-executive capacity and continue to guide and advise the bank.-Anand Adhikari