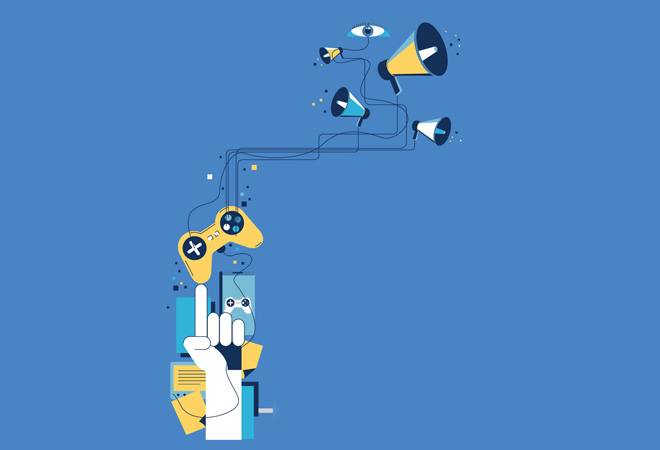 As 15-year-old Yajur plays PUBG, several of his school friends watch the gaming video live and cheer for him. From sharing photos and videos on social media, they have moved to playing games online and boasting about their achievements on social media platforms. "Gaming, which was alienating individuals from their surroundings, is now increasingly becoming social, with the rise of multiplayer games," says R.P. Singh, Chief Curator, CMS Asia.

Whether it is shooting aliens or car racing, online games are being increasingly designed to be played in a group. What has helped is their integration with social media apps where one can invite friends to play and share their views and comments. The Mobile Marketing Association and Kantar IMRB report - The Power of Mobile Gaming in India - states that India is among the top five gaming countries with close to 250 million gamers. It projects that the industry will reach $943 million by 2022. To capture this growing interest in gaming, social media platforms have upped their game. Facebook has a feature called Instant Games, an HTML5 cross-platform gaming experience that allows people to play games without installing new applications. Snapchat also has an in-app gaming feature called Snap Game.

As gaming gains popularity, a number of companies have decided to tap the opportunity to promote their brands. "Gaming offers consumer attention and engagement which isn't possible elsewhere. Users don't shut out the content in games as they do with banner ads on phone," says Hemant Mehta, Managing Director, Kantar IMRB, and Chief Strategy Officer, Kantar South Asia.

Moreover, creative possibilities are endless. The billboards in the car racing game can display ads. Similarly, cricket stadiums can be branded, as in the real world. Also, the 'life' a player gets can be an energy drink. "Brands are also rewarding players with coupons and another 'life' to move to another level if they watch the complete ad," says Vaibhav Odhekar, COO and Co-founder, POKKT, which offers a gaming ad platform. Some of the sectors that are leveraging this medium are FMCG, auto and new-age digital companies. For instance, the Motu Patlu Speed Racing game by Nazara has been branded by Horlicks, where the mission is to compete for collecting Horlicks coins to finish the level. Bingo has created a minigame where the user has to ensure that the 'tedhe medhe' crackers fall in the Bingo pack.

But this requires planning. "At present, it is mostly the big players that are exploring brand integrations as it is a long-term strategy. Often it takes three-six months for the process to get to the market," says Singh.