Trends in global markets do not augur well for India's economy. 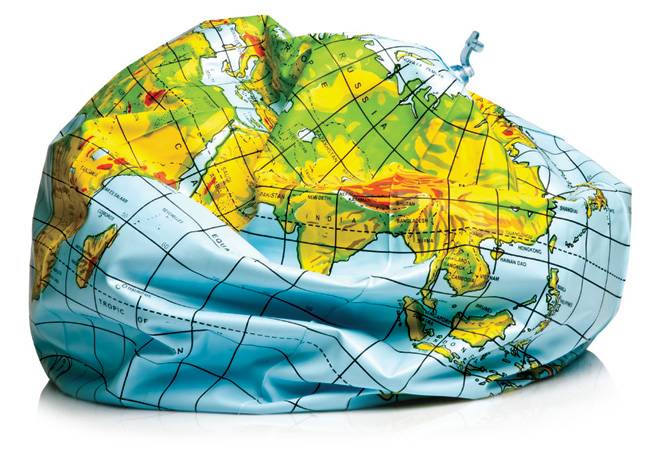 India's Economic growth has been highly correlated with global growth over the last couple of decades. For instance, India plunged into a slowdown after the global financial crisis of 2008 that hit economies of Europe, the US and China. After a short recovery following years of anaemic global growth, slowdown fears are gripping advanced economies again. This cannot be anything but bad news for India.

The US is expected to see its gross domestic product, or GDP, growth slow from 2.9 per cent in 2018 to 2.7 per cent in 2019. China is projected to go down from 6.6 per cent in 2018 to 6.4 per cent in 2019 (See Global Growth On the Decline). "We expect the effects of the late cycle fiscal boost to fade in 2019. This, paired with tightening of monetary conditions, is likely to push growth below trend over the next two years," says Sanjay Singh, Head Global Markets at BNP Paribas India. The US fiscal boost involved $1.5 trillion tax cuts and came after the Fed's loose policy had run its course - the Fed rate has shot up from near zero post 2008 to 2.25 per cent.

First, India is no longer decoupled from the rest of the world. It is now a relatively large $2.6 trillion economy that recently beat the UK to become the fifth-largest in the world and is linked with the global economy through trade (exports/imports) and foreign investment (FDI and portfolio). While India's export dependence is not high - exports account for 10-11 per of GDP - the impact of negative sentiment and capital outflows if the world slows down substantially can be quite pronounced.

"If international investors are expecting world growth to slow down, it will reflect in capital flows. We need those flows as we are a capital deficient country," says Hitendra Dave, Head of Global Banking & Markets at HSBC India. Lower capital inflows will mean lower valuation of Corporate India in the stock market. "This will restrict the ability of companies to raise capital," says an analyst with a domestic brokerage firm.

Rising interest rates are also not a good sign for Corporate India as it borrows from the international market, and also for domestic equity and debt markets as this will create better investment avenues outside. The US Fed, which had flooded the system with dollars in the post-2008 period, is unwinding its balance sheet that has grown from less than a trillion dollars back then to $4.8 trillion. "We forecast two Fed rate hikes in 2009 followed by a long period of rate stability," says Singh of BNP Paribas India. Libor rates have gone up from 25 basis points to 2.5 per cent. "There is reduced surplus liquidity globally. This is bound to increase the cost of funds," says Dave.

Another impact will be on the current account deficit or CAD. India's CAD has risen from 1.1 per cent in 2015/16 to 2.8 per cent in the first six months of 2018/19. The country has been running a trade deficit historically and there are no signs of a trade surplus in the near future. Lower capital inflows will push the CAD higher and impact the value of the rupee against the dollar. There are worries over oil prices too. "We expect higher oil prices, which are set to peak only in the second quarter of 2019, to put pressure on the CAD," says Singh of BNP Paribas India. The rupee is already vulnerable because of high crude oil prices and a strong dollar. Experts expect oil prices to peak only in the second half of next year. This means there will be continued pressure on CAD. "We predict CAD of 2.7 per cent of GDP in 2018/19, 2.5 per cent in 2019/20 and 0.8 per cent in 2020/21," says Singh of BNP Paribas India.

This is bad news for the rupee, which was stable for three-four years due to falling oil prices. In the last one year, it has depreciated from 66-67 levels to 71. A further fall will impact both inflation and domestic interest rates.

Lastly, the trend of protectionism will also play out in the coming years. US under President Donald Trump is already calling the shots. The BREXIT proposal has been cleared by the UK Cabinet. Though India doesn't have much trade with the UK, the trade war between the US and China and other countries has the potential to affect global trade and currencies. If this leads to a competitive devaluation game, India will have no option but to follow suit to protect its exports.

Given these conditions, India would do well to brace for a rough ride ahead.