The Congress president's poll promise is the most lucrative offer of this election season. 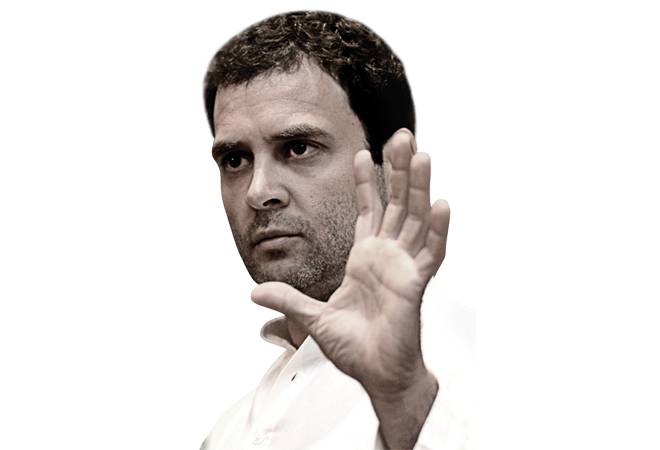 Rahul Gandhi, President of the Indian National Congress, has said if voted to power, his party will introduce a scheme called NYAY that will assure minimum annual income of Rs 72,000 to poorest 20 per cent of India's households.

Gandhi's promise means setting aside Rs 3.6 lakh crore to provide Rs 6,000 a month to each to the country's five crore poor families every year. The Congress says it is sound economics, and it will adhere to fiscal discipline, which means the amount, about 1.7 per cent of the Rs 210 lakh crore GDP (projection for 2019/20 in the Interim Budget) will have to be taken from the government's existing resources.

This would require a major shift in current expenditure priorities as the Budget allocation for all central sector schemes and projects for 2019/20 was Rs 8.6 lakh crore. Alternately, one may expect a bump in GST revenues after the introduction of the scheme as this money transfer will encourage consumption.

The third possibility is to look at NYAY as a scheme that will take at least five years for a complete rollout and assume that the growth in Indias GDP (11.25 per cent in nominal terms every year) will make the amount seem more manageable by then. As of now, the politics of the poll promise is the key.

No matter how Gandhi's political opponents discredit the idea, the fact remains that it is the biggest and most lucrative of poll promises by any party so far in this election season. And, there lies its importance for the moment.