Benign inflation during the last 12 months and falling GDP numbers have encouraged the RBI to reduce the repo rate by 135 basis points to 5.15 per cent in the last few quarters 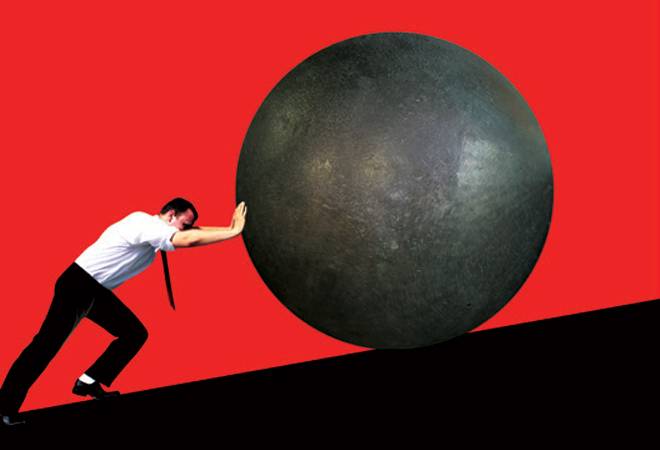 The Reserve Bank Of India's (RBI's) interest rate easing window is narrowing with a sharp rise in consumer price inflation (CPI) by 71 basis points to 4 per cent in September.

There are also concerns of higher fiscal deficit after the recent corporate tax rate cut where the government is expected to suffer revenue losses of Rs1.45 lakh crore. The fiscal deficit target for the Centre is 3.3 per cent for 2019/20. Another looming danger is from state finances which are not in good shape. India Ratings last week said the combined fiscal deficit of states for 2018/19 will be 2.9 per cent instead of the budgeted 2.6 per cent due to expansionary policies followed by state governments. Farm loan waivers and social schemes for the poor are being promised by almost all political parties.

Benign inflation during the last 12 months and falling GDP numbers have encouraged the RBI to reduce the repo rate by 135 basis points to 5.15 per cent in the last few quarters. Many suggest the window for another 100 basis points cut, expected earlier, has closed. Clearly, the focus of the RBI will shift to transmission of rates. In the last monetary policy review, the MPC had noted that the transmission had only become worse. -Anand Adhikari

The government is finally realising that the insolvency and bankruptcy system has been choked by frivolous and unnecessary cases and that it needs an alternative resolution mechanism to rescue the Insolvency and Bankruptcy Code (IBC).

Right from ministers and the MCA secretary to Insolvency and Bankruptcy Board of India Chairman, everyone has been saying that all default cases should not be referred to the National Company Law Tribunal (NCLT), the adjudicating authority under the IBC. The refrain now, it seems, is that since it is a rigorous process, only cases which involve large outstanding amounts should be referred to the IBC. According to the government, so far, 21,000 default cases have been referred to the NCLT. Of that, 10,000 cases have been settled - 8,500 cases settled prior to admission and 1,500 cases settled through resolution or liquidation.

The government is also mooting some kind of a threshold, especially for class borrowers like home and debenture buyers, so that a single borrower does not drag an operational company into the insolvency process. - Dipak Mondal

The World Health Organisation Expert Committee on Biologic Standardization is looking to update its 10-year-old Guidelines on Evaluation of Similar Biotherapeutic Products at its upcoming meeting in Geneva. The Committee will take into account the technological advances for characterisation of biotherapeutic products and may look into the possibility of demonstrating the quality of the medicine through well-designed pharmacokinetic and pharmacodynamic studies instead of expensive large-scale clinical trials. If the jury is convinced of the robustness of this method, it will bring down the cost of developing biosimilar drugs significantly. Indian biogeneric manufacturers will definitely benefit, but more than that, it will be a critical step to expedite access to biologic medicines, especially those included in the WHO Model List of Essential Medicines. Given the prohibitive cost of life saving biologics, it is time to support such initiatives that will lower development costs and, hence, retail prices of drugs. -Joe C. Mathew