Facebook has agreed to pay a fine of $643,000 to Information Commissioner's Office (ICO), the UK's information rights regulator, to settle the privacy breach probe involving Cambridge Analytica. However, the social media giant has denied any liability in the case. Once the fine is paid, both Facebook and the ICO will withdraw their respective appeals. This settlement will also allow Facebook to retain the documents that the ICO had disclosed to continue its investigation of Cambridge Analytica. In October 2018, the ICO had asked Facebook to pay a fine which was appealed against last November. 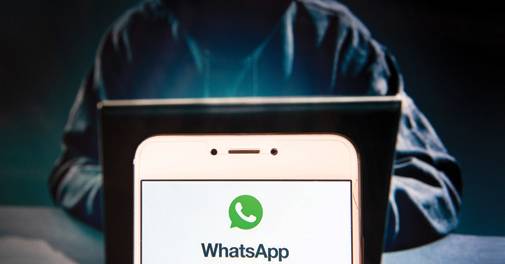 Even as the RTI law is gradually losing its power in India, another incident affirms that digital surveillance is going up. According to the Facebook-owned messaging service WhatsApp, Israeli spyware called Pegasus was used to spy on activists and journalists for two weeks in May 2019. The company said it knew who all had been targeted and informed them of the surveillance. The Indian government also asked WhatsApp how the breach happened. "We have asked WhatsApp to explain the kind of breach and what it is doing to safeguard the privacy of millions of Indian citizens," tweeted Ravi Shankar Prasad, Minister of Electronics and Information Technology.

the short video-sharing app tiktok that had become a sensation all over the globe saw its user growth decline for the first time since it started two years ago. as per data from sensor tower, the app got 177 million first-time users across the apple app store and google play for the third quarter ended september 2019. this is 4 per cent less than the same period last year. overall, the app has been installed 1.45 billion times since its launch and has 564 million users on its platform.

Increase in Sharechat's losses in the fiscal ended march 2019. as per regulatory filings, the parent company of the homegrown social media app earned Rs 25.8 crore in revenue from 'other income' while its losses surged 12 times to Rs 415 crore. the company's employee cost increased three times to Rs 292 crore while other expenses rose 16 times to Rs 410 crore. the firm will have to look at different ways of monetisation besides advertising to combat losses and rising competition from chinese social media apps such as vigo, bigo live, likee and tiktok.