Even with fairly respectable macros, the state of the economy is nothing to write home about. 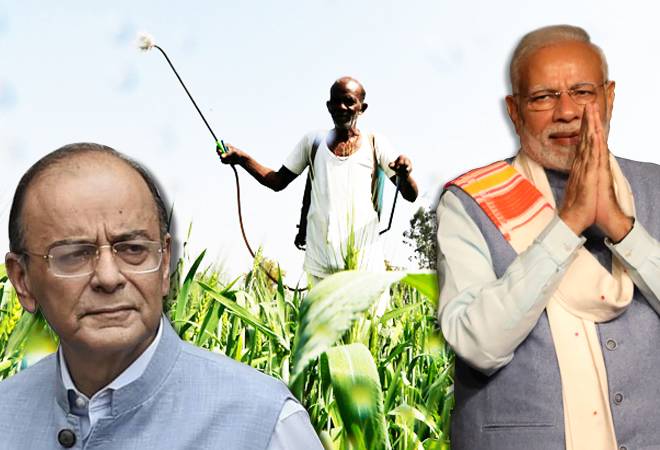 As the country goes to elections, Prime Minister Narendra Modi and his Finance Minister Arun Jaitley would have preferred to boast about the economic achievements of the government. Unfortunately, as more numbers trickle in, it is becoming increasingly clear that the Indian economy is in a bit of a spot. The macro numbers - overall inflation, trade deficit, GDP growth, etc - still look respectable, but everything else is pointing to major distress. The Index of Industrial Production (IIP) data released recently shows that production is growing at a snail's pace. This is the fourth month in a row when the IIP has been sluggish.

While one can explain it away partially as the result of a high base effect (IIP during the same period last year was pretty high), the fact is that other manufacturing and sales data are showing enough signs of a slowdown. Auto sales remain down. Manufacturing capacities remain underutilised. Food inflation remains in negative territory - pointing to the fact that farmers are not getting the right price for their produce. Other data is equally dismal.

Despite trying to suppress jobs data, different surveys, including the government's own NSSO survey (which it is refusing to put out), show unemployment at record highs. Micro, small and medium industry players are still hurting from demonetisation and GST. Mudra loan defaults are rising. Export growth remains anaemic. It is now a foregone conclusion that despite dipping into the coffers of public sector entities, and trying to curb expenditure, the government will miss the fiscal deficit target. The power sector continues to remain in trouble. And the latest GDP numbers show that private consumption is slowing down. Not a report card the government wants to highlight as it bids for a second term.

First Off The Block