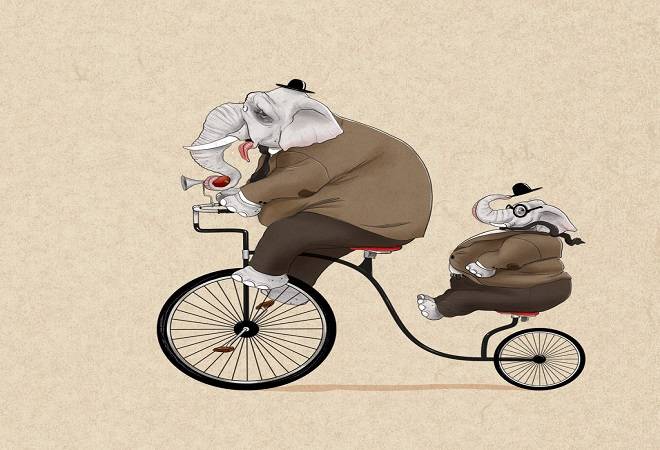 For the first time in seven years, the central government will achieve its disinvestment target of Rs 72,500 crore, thanks to a deal where public sector enterprise ONGC will pay it Rs 36,915 crore to acquire 51.11 per cent equity stake in another public sector entity HPCL. Since both the companies are from the oil and gas sector, one focusing on exploration & generation and the other on refining and marketing, the deal could be a win-win for the companies and the government.

Using public sector enterprises to generate revenues for the government - through higher demands for dividends, making them foot the bill for programmes that are of government's (read political) interest, asking them to take up projects which no profit oriented private enterprises would dare to touch, etc - is not a new phenomenon.

There is a long history of central and state governments doing this. For instance, public sector insurance behemoth, Life Insurance Corporation (LIC) of India, invested `20,987 crore in 2016/17 in various infrastructure and social sector projects in India.

The ONGC-HPCL deal illustrates how the Narendra Modi government has created one more avenue to best use PSU resources. In terms of PSU dependence, it might even set a new record. We will see more of this in coming times. Making the best use of PSU resources and PSU-PSU linkages is not in itself bad; it could serve social objectives and at times larger national objectives. However, one needs to be careful about the long-term impact on shareholders which, interestingly enough, includes the government, the custodian of public money.