The Battle Is On

The Election Commission's social media guidelines might not be enough to contain fake news during the upcoming polls.
Sonal Khetarpal | Print Edition: April 7, 2019 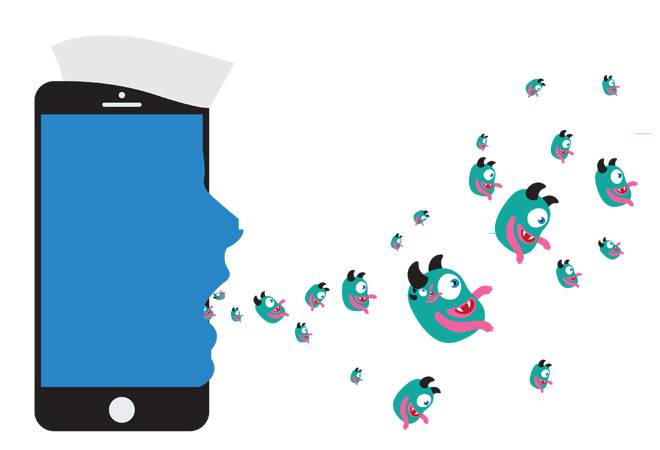 It is a given now that the upcoming general elections (four states are also going to polls this time) would be fought on smartphones and the World Wide Web, or more specifically, on social media. It is not surprising, therefore, that the Lok Sabha Polls 2019 are often mentioned as the 'WhatsApp Elections' and the Election Commission of India (ECI) is racking its brains to contain fake news and misinformation on these platforms.

The ECI recently released a model code of conduct that says contestants should disclose their social media accounts and respective ad spends for social media campaigns. It has even gone on to say that all political ads will be pre-certified.

Such stringent measures may work this time as the ECI will get support from top companies such as Google, Facebook, Twitter and ShareChat which are building their war rooms and teams and also partnering with fact-checking agencies to battle misinformation. Berges Y. Malu, Head of Public Policy at ShareChat, says that the company has set up a direct line of communication with the ECI so that all problematic content can be removed within three hours if the company receives an intimation from the authorities.

Social media companies have agreed to comply with the model code of conduct and last 48 hours of silence period before voting, but the enforcement procedure has not been notified, says Virag Gupta, a Supreme Court lawyer and Founder of the Delhi-based law firm VAS Global. Also, WhatsApp is just referred to, but the measures the platform is to adopt are missing in ECI notifications, he adds. Even though it is a private messaging app, the Facebook-owned platform is used as a public broadcaster and is the hotbed of fake news forwards. In fact, IT cells of all political parties have millions of WhatsApp groups to influence the election process.

Another thing that needs enforcement is the monitoring of sponsored posts and fan pages, says Gupta. "The ECI equates political content with ads but not with posts, videos and blogs written by individuals or affiliates," points out Gupta. Political parties run huge cyberwar rooms with social media experts posting content as their fans/followers. But expenses for the same are rarely disclosed to the ECI, as was clear from the scrutiny of affidavits of candidates in 2014 general elections. Unless all promotional content is treated as advertisements, the impact of the code of conduct on containing propaganda and hate news might be diminished, he says.

According to Umang Bedi, former India Head of Facebook and currently the President of Bengaluru-based news aggregator Dailyhunt, it will be difficult to contain fake content in real time as no fact-checking team will be able to match the speed of content generation. Most of the measures suggested are retrospective in nature and often too late to do any effective damage control, he observes.

The Power Of Simplicity