When Mike Holland, now the CEO of Embassy Office Parks, first came to India in late 1997, the commercial property market was crumbling, much like the rest of the real estate sector.

The South Asian crisis had swept India too and property prices were in a free fall. At the tony MG Road in Bengaluru, real estate rates fell from Rs 7,000 per sq. ft in 1995 to Rs 3,500 per sq. ft. Only small offices were available for technology companies, which had just started entering India after globalisation. The annual demand for office space was less than 3 million sq. ft and Holland struggled to find a hoist or even a tower crane for building construction.

Cut to 2019. The commercial real estate sector is brimming with marquee global private equity players and funds. Blackstone, Xander, Brookfield, Mapletree Investments, Canadian Pension Plan Investment Board, GIC, Ascendas-Singbridge, APG Group, Allianz are all betting big on India's realty story. The rate per sq. ft is Rs 35,000 in MG Road, and the average rent of a grade 'A' office in the central business district of Connaught Place in Delhi is Rs 295 per sq. ft per month - among the top 10 globally. Annual absorption of office space has grown to 45 million sq. ft, and in Holland's words, Bengaluru is now dotted with both hoists and tower cranes.

With foreign capital as well as multinational tenants coming to India in the last two decades, commercial real estate has been institutionalised, turning into a playground for big and deep-pocketed players. "Today, we have fewer but more institutional, larger-scale developers. And it needs to be that way since the scale of development is such that the privately-financed approach to commercial real estate simply cannot sustain the demand," says Holland. 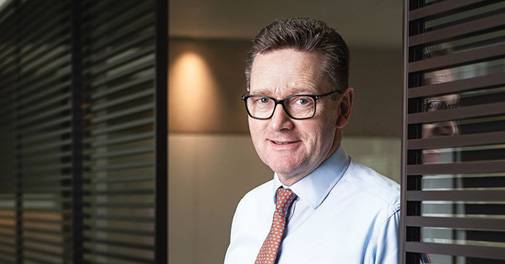 The scenario, however, was different until 2005 when the sector was opened up for FDI. "There was strong demand from good quality tenants in the early 2000's globalisation shift and limited supply but Indian real estate was an under-capitalised market and capital was expensive. The creation of Special Economic Zones (SEZs) was another catalyst to the growth in the mid 2000s. Globalisation, SEZ and FDI relaxations came together and global investors came in to fill the gap," says Holland.

Apart from being capital intensive, commercial realty has high levels of risk compared to the residential market. In commercial realty, tenants take up ready property on a lease basis. "This implies high equity involvement as well as high risk. There are no customer advances to finance development," says Pankaj Kapoor, MD at real estate consultancy Liases Foras.

Besides, there is a huge macroeconomic risk. Over 60 per cent tenants of commercial space in India are companies from the US, Europe, West Asia and Asia Pacific. "Any disruptions in the global economic environment may lead these companies to modify their requirements and agreements in India," adds Kapoor. India has experienced this first hand. The global financial crisis that began in the US in 2008 was exacerbated in India with the Satyam scandal, which broke in January 2009. Demand did pick up from 2010 as global occupiers saw the advantages of the offshore market "but it took some time for the supply overhang to be absorbed," says Holland.

Moreover, larger players have developed long-standing relationships with global firms who end up as tenants in their properties. This surety of revenue is a big advantage.

DLF Ltd, India's largest real estate developer, is one such firm. "Older players like us tend to have an early mover advantage as, over the years, we have developed deep relationship with tenants and have a strong understanding of commercial real estate. So, ability to lease to tenants in new projects is always higher as they are familiar with our quality, compliance and safety standards," says Sriram Khattar, Managing Director of Rental Business at DLF.

Similarly, Embassy Office Parks, a joint venture of US private equity firm Blackstone Group and Bengaluru-based Embassy Group, owns one of India's largest office portfolios spread over 33 million sq. ft. Over 80 per cent of its gross rentals come from leading multinational corporations; 43 per cent is from Fortune 500 companies. A weighted average lease of around seven years provides considerable stability to its portfolio of office parks and city-centre office buildings besides under-construction projects.

Companies that can balance all the factors see a future. With the residential sector facing multiple challenges of funding and project completion, developers are shifting focus to the commercial sector, looking for stable returns. "Consequently, there is excess capital chasing fewer opportunities. This will result in a price increase, which may not be sustainable. The sector is already facing some competition due to emergence of the co-working industry while companies are facing increased business uncertainty due to the macro environment globally," says Raja Seetharaman, Co-founder at Propstack, a real estate analytics firm.

The financial muscle and longevity explain why DLF has a JV with GIC, Embassy with Blackstone, and global insurance firm Allianz Group with Shapoorji Pallonji, besides others. "GIC has immense experience in international real estate. Unlike other investors, they look for a longer-term investment horizon. Commercial real estate requires patient capital," adds Khattar of DLF.

Over a period of time, joint venture partners can also monetise assets. The Blackstone-backed Embassy Office Parks REIT, India's first real estate investment trust (REIT), recently raised Rs 4,750 crore through an IPO that was subscribed 2.6 times. It also shows the immense appetite of retail investors for a slice of the real estate pie. The minimum REIT subscription amount has been reduced from Rs 2 lakh to Rs 50,000, making it easier for small investors to participate.

If capital gains are included, the return on commercial real estate would be higher at 14 per cent over a five-year period. Debt funds are giving about 10 per cent and fixed deposits around 7 per cent at present.

"In India, the projected five-year returns on commercial assets are an optimistic 14 per cent largely because Grade A commercial real estate has been on a protracted winning streak since 2017. Commercial real estate withstood the vagaries of the various reforms much better than the residential asset class," says Shobhit Agarwal, MD and CEO of Anarock Capital.

Another reason for global tie-ups is enhancing the talent pool and joining strengths. This results in creating best-in-class commercial developments which, in turn, brings the best quality tenants.

Not surprisingly, other giants in the Indian space also plan to go for REITs post the success of the Embassy issue. DLF's Khattar says, "We will look at a REIT at a future point in time for assets owned jointly by DLF and GIC."

GIC has invested in DLF Cyber City Developers (DCCDL), the group's rental arm, where it has 33.3 per cent shareholding. "REITs generally take place in two situations - when either of the partners wants to exit or needs funds. At the moment, DLF and GIC don't need either. It will be a decision taken jointly by DLF and GIC over a period of time. There is no timeline," adds Khattar.

Market place demands are another factor for larger, high quality commercial developments. Anshuman Magazine, Chairman and CEO - India, South East Asia, Middle East and Africa at CBRE, says increasingly many companies are looking at India as a destination for higher skill requirements. "We expect this trend to result in a greater appetite for Indian talent, resulting in an increase in the quality of space demanded."

Big tenants are also looking at consolidating their smaller facilities. "Consolidating office space can eliminate redundancies in operations, such as need for common resources, and translates into lower operational costs," says Seetharaman. For tenants, larger office spaces create greater leverage in negotiating lease agreements. "It is also possible to sublease unused space in the same building," he adds.

But does this mean there is no business case for small, stand-alone players? "The smaller players will survive as they have an asset that is attracting rent but they will find it difficult to grow beyond a stage," says Khattar. However, acquiring smaller players is not in the plans. "Value addition and return on investment (RoI) are much higher in developing our own land banks than buying," he says. While buying third-party mature assets, a potential buyer can only assess existing and future rentals and future RoIs. "Value addition can be done only over a period of time and not immediately. It makes acquisition less attractive," he adds. Clearly, smaller office players will need to be specialist and niche in a country where commercial real estate has become the turf of the biggies.

A Scarcity-Pollution Tango In India