Beer start-ups are rising up to challenge legacy brands 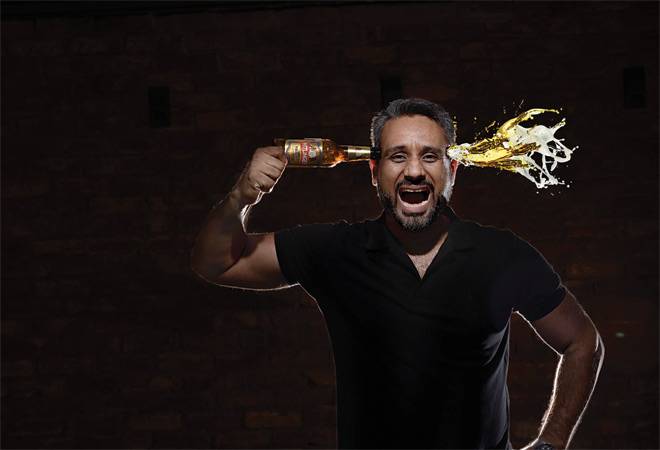 The evening we met Avneet Singh, The Beer Cafe in Nehru Place was throbbing with loud banter. The upper floor of the bar was cramped with those in skinny jeans and tight shirts; the television, on mute, was airing a Virat Kohli interview; tabletop papers told you "we don't screw your brew"; there were nachos and an exhaustive menu that showed pages after pages of domestic and imported beer.

One of them, Medusa, is a strong lager. The menu describes it as "a premium strong beer with soothing bitterness and hoppy aroma". Avneet Singh, Co-founder of pre- mium strong beer Medusa, says that the brand had a turnover of Rs 70 crore in its first year

This Indian beer is less than two years old. Singh, one of the founders, was a teetotaller till recently but now does a perfect pour, inducing an one-and-a-half inch head of foam in the mug - it releases the aroma and prevents bloating when you drink it. He also makes the right noises. "Medusa is best paired with friends," he says with a laugh. In its first year, the beer brand raked in Rs 70 crore. Singh and his other co-founders have been part of the liquor retail and wholesale business for more than a decade and are well versed with the distribution game. Even then, it is never easy in India's liquor business where every state has a different excise policy.

Nevertheless, beer making start-ups are willing to take a bet. Just like Medusa, there is a sprinkling of new brands who want to disrupt India's $6 billion-beer market which saw little product innovation for decades and is dominated by legacy brands such as Kingfisher, Budweiser and Carlsberg.

Start-ups, at times, call their beer 'craft'. It implies being manufactured in a small, independent brewery with high quality malt and water. By saying craft, they want to make a distinction from 'industrial' or mass beer. Others just prefer to call their product 'flavoured'. Natural ingredients such as orange peel can be introduced during the beer-making process to make it aromatic. Craft or flavoured beer forms less than 2 per cent of the market today, but is brewing well at around 30 per cent a year, according to some estimates. Bira 91 is the largest of the new lot and has set a high benchmark for others to emulate. The company started around 2015 and is producing about 600,000 cases a month (one case has 24 bottles or cans). Simba launched in 2016 and generated a turnover of Rs 125 crore in 2018/19. Mumbai-based White Owl Brewery sells more than 20,000 cases a month, across five cities. Witlinger, which started in 2014, does a similar volume, selling in Delhi, Goa, and Bengaluru.

Anuj Kushwah, Founder of Witlinger, gives a short history of craft beer in India. When Anheuser-Busch InBev, world's largest brewer now, launched Hoegaarden in India in 2008, most didn't understand the beer. It appeared cloudy and some thought it had gone bad. Kushwah says many restaurants drained it out. Things changed a fair bit by 2011/12 when microbreweries started surfacing in cities such as Bengaluru and Gurgaon. Indians got a sense of what craft beer was and eventually Hoegaarden did end up creating the market for such beers. People began to love its light, refreshing taste and its hazy appearance.

"Indians loved easy-drinking beer. They didn't like bitter beer that would overpower Indian food - spicy food needs lighter beer," Kushwah says. Most start-ups, therefore, started with a wheat beer, which is light and refreshing and goes well in the long summer months of India.

White Owl Craft Beer, which began brewing out of a tiny 400 sq.-ft. brewpub in Mumbai's Lower Parel is now available at over 2,200 restaurants, bars, and retail outlets. It started with making beers that are easy on the palate. "The beers we make are flavourful but not overwhelming. It is not going to be overly bitter or overly heavy," Javed Murad, Founder of White Owl Brewery, says. "One is Spark, which is our Belgian wit (wit is Dutch for white), very similar in flavour profile to a Hoegaarden. What is defining is an orange flavour that is refreshing in our environment. Second is Diablo, our Irish red ale that has a mild caramel finish to it. Then we have Ace, India's first bottled cider ale," he adds.

It is early days but consumers are probably evolving to a bit more complex beers now. Bira 91 has launched an India Pale Ale (IPA) - IPAs tend to be bitter. Simba sells a stout, a dark beer. "The Indian consumer is now willing to experiment. India is a young country and many have no loyalty towards legacy brands. Many are drinking beer for the first time in their lives," Prabhtej Singh Bhatia, Founder of Simba, says.

New beer brands like Kati Patang started off with an amber-coloured beer. The brand, whose name signifies freedom from industrial beer, launched in October 2018. The founding couple, Lata and Shantanu Upadhyay, thinks their 'Zesty Amber' is a good starting point for consumers who want to graduate to either stout or the IPA in the future. 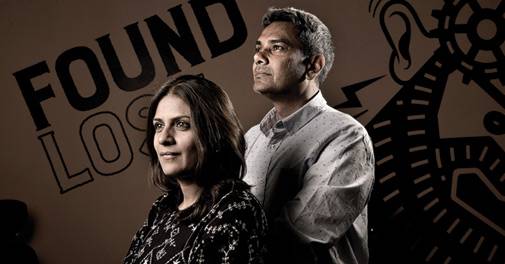 The Indian beer consumer may also be willing to pay a higher price for an experience. Zesty Amber is priced at Rs 170 a pint in Delhi; White Rhino sells for Rs 160, whereas Simba's stout is priced at Rs 150. Legacy brands cost less. A pint of Heineken is priced at Rs 105 and Kingfisher Ultra at Rs 85.

Of course, platforms such as The Beer Cafe, India's largest beer chain, have helped newbie brands reach young consumers. To an extent, beer-only bars have solved the "on-premise" challenges new companies face. "Hotels don't want to carry too much beer; they mostly keep it in mini bars because it is good money for them," says Rahul Singh, Founder and CEO of The Beer Cafe. "A bar inside a hotel will sell you more spirits and wine because that is where the margins are," he adds. On the other hand, in many restaurants and bars, large beer companies sign exclusive deals to block the competition out. A beer-only bar solves these problems. Singh says his chain is a "democracy of beers" - from about 10 Indian beers his chain carried four years back, there are about 60 now. Some of them are not entirely made in India; they could just be conceived in India.

The Upadhyays' search for a good brewery took them 10,400 feet high, to Bhutan. Here, the water for Kati Patang beers come from the upper Himalayas. Water, typically, constitutes more than 90 per cent of the ingredient mix in a beer and good water can be the difference between a beer that is good and a beer that is just about okay. The founders of Kati Patang then sourced the malt, yeast and hops from abroad as well.

This is largely the script many beer start-ups have thus far followed. While the recipe for the beer is developed by beer consultants either in Europe or the US, with some tweaking to suit Indian taste buds, Indian start-ups are contracting out the manufacturing to third-party breweries abroad. When volumes pick up, the production shifts to domestic breweries.

Bira 91 makes its beer out of three manufacturing facilities in India; a fourth is going live soon. "We can produce about 1.8 million cases a month across the four. We don't own them, but we operate these facilities," says Ankur Jain, Founder and CEO of Bira 91.

Medusa, too, has taken a production facility on lease in Punjab. The company decided to manufacture its beer locally because imports would be more expensive and it wanted to price its beer more competitively. Besides custom duties, there is a higher freight component in imports; bringing in beer from breweries abroad also involves a longer cycle time - it can take about 40 days to import the beer.

One exception to the contract manufacturing trend is Simba, which started out at its own brewery, at Durg in Chhattisgarh. Prabhtej Singh Bhatia's family has been in the liquor retail and distribution business of Chhattisgarh for many decades. Bhatia studied in the UK and got hooked to craft beers. "Craft brewing is complicated. You should have the capability of introducing a flavour at any stage of the beer making process and withdrawing it. Most breweries don't have this capability. Instead of orange peel, they may have to do with orange flavour. All these things don't make you craft. We were very clear we wanted our own brewery," Bhatia says.

In 2012, he built a brewery with an investment of Rs 50 crore and started contract manufacturing for SABMiller. The idea was to learn the processes. "They did a good job of helping us understand the discipline of running a brewery. We did the entire grain to bottle process," Bhatia says. While he wanted to learn the art of running a brewery from SABMiller, he didn't want to learn their style of beer making. "We wanted to be a challenger brand. We did not want to make what SABMiller makes. We got European consultants to help us make the beer. They taught us the art and helped us perfect it," he says.

While the start-ups are learning fast and brewing interesting beers, they face stiff headwinds, too. Registering a brand is very expensive in some states like Delhi and Haryana. It takes Rs 15 lakh a year to register one variant in Delhi. Second is the problem of adequate funding, and a third challenge is the fact that there are not many contract breweries in India that is good for small batch production.

The craft beer narrative of India has certainly taken off, but more heady times got to wait.