For the past 26 years, K. Munisamy, 50, has been following a routine. Every morning, in a blue shirt and trousers, he starts work at one of the milling units of an auto parts maker in Chennai. He clocks in eight hours before going home. "During good times, I used to work over time and earn more," says the father of two, who supports a six-member family, which includes his parents. "I used to earn enough (Rs 22,000 a month) to meet the expenses, but that will change," he says. His colleague, Kumar, 35, is in a similar situation. "My children are in school and my wife doesn't have a job. I am the only earning member in my family (he earns about Rs 17,000 a month) and I have to search for a job now," he says. "This is a bolt from the blue."

Kumar and Munisamy are early casualties of the ongoing slump in India's automobile sector. Their employer, a valve maker in Chennai's Ambattur Industrial Estate, has given notice to its employees as it is shutting operations a couple of months down the line. 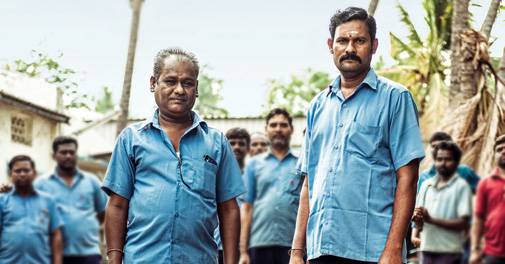 K. Munisamy, 50, (left) and Kumar, 35, work at a milling unit of an auto parts maker in Chennai. They are among the thousands of workers who are staring at unemployment due to the ongoing auto crisis

India's auto industry is witnessing one of the worst rides in its history. They are staring at an unsold inventory of 500,000 passenger vehicles and 3 million two-wheelers. India's top 10 auto companies have slowed production. According to industry body SIAM, vehicle sales across all categories declined 12.35 per cent in the April-June period. Passenger vehicle sales fell 18 per cent and car sales declined 25 per cent in June alone. The industry is going through a prolonged slowdown, the worst in nearly two decades, says SIAM President Rajan Wadhera.

The crisis has hit almost all automobile production hubs in the country, and companies are resorting to drastic measures to stay afloat. At least seven out of the top 10 passenger vehicle makers, including Maruti Suzuki India, Tata Motors, Mahindra & Mahindra and Honda Cars India, had production shutdowns in May and June. SIAM data shows that the passenger vehicle production during June stood at 267,600 units, the lowest in 71 months.

The country's largest car maker Maruti Suzuki cut production for the fifth consecutive month in June, according to a regulatory filing. It slashed total vehicle production by 15.6 per cent last month to 1,11,917 units compared to 1,32,616 units in the year-ago month while the mini segment vehicles, including models such as Alto, by 48.2 per cent to 15,087 units last month as against 29,131 units in the year-ago period. Tata Motors, too, reportedly, has cut by nearly 50 per cent production of its hatchback Tiago and compact sedan Tigor since May. "We don't see any green shoots coming up for the rest of the year," says Aswin Kumar, Associate Director, Mobility Practice, at consultancy firm Frost and Sullivan. "The slowdown is having a domino effect. It has affected all stakeholders of the industry, and component manufacturers in particular," he says. Apart from the original equipment manufacturers (OEMs) and component industries, the on-going slump is also affecting allied sectors like logistics, dealers and contract labour suppliers.

"Auto ancillaries produce as per the schedules of the OEMs. Once vehicle manufacturers cut production, it reflects on the auto component industry," says Vinnie Mehta, Director General of the Automotive Component Manufacturers Association of India. "Unfortunately, the entire industry is reeling under negative growth, so everybody in the component industry has a varied level of stress to go through," he says.

The effects can be felt far and wide as the auto industry forms 7.1 per cent of India's GDP and employs more than 32 million people directly and indirectly, according to Ministry of Heavy Industries and Public Enterprises 2017/18 report. The estimated turnover of the auto component industry alone was above $55 billion in 2018/19. "The industry generates employment for 13 persons for each truck, six for each car, four for each three-wheeler and one for a two-wheeler. Every vehicle produced, generates secondary and tertiary employment," the ministry report states. The industry generates employment in OEMs, which manufacture the vehicles; in the auto component segment, in bound (transporting components and systems to factories) and out-bound (factory to dealers) logistics segment and in the dealer network.

In Sriperumbudur and Oragadam, Chennai's automobile belt and also called the Detroit of India, the slowdown is visible. Inside factories, there is a pall of gloom and talk of job losses. Major automobile OEMs such as Ford Motors and Renault Nissan have cut production. Hyundai Motors is observing a no-production day once a week in one of its plants in Chennai, say industry insiders.

Most auto component makers have recorded fewer orders from OEMs April onwards, according to industry watchers. While the bigger companies are able to cushion the loss as they have varied products, after-sales market, and more customers, the small- and medium-scale players are in a tough spot. "Compared to last year, there is a big drop in the orders from OEMs this year," says S. Thyagarajan, Director, Mudhra Fine Blanc, which manufactures parts for brakes, wipers and engines among others. "We are among the lucky ones as our product category is wider and we cater a lot to the after-sales market. This is not the case with small players who have a smaller range of products or with companies in the Tier 3 and Tier 4 categories (sub-contract companies)," says Thyagarajan, who is also the president of the Manufacturers Association of Irungattukottai SIPCOT in Sriperumbudur. 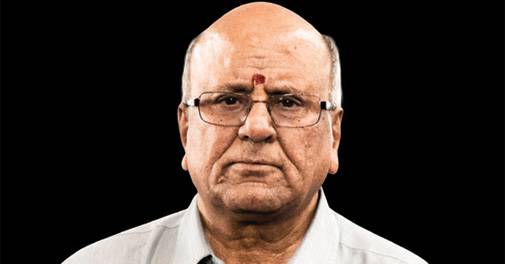 The Managing Director of a Chennai-based company (speaking on condition of anonymity) that makes and supplies die castings for companies such as Maruti Suzuki, Lucas TVS and Brake India, says, "Our revenues have dropped over 30 per cent this year compared to the same period last year. From last January, business orders have fallen. We are now struggling to manage day-to-day operations. I have to micromanage and take tough measures to reduce cost. This will include reducing manpower, decreasing the number of working days, and so on." He adds that the company has not downsized yet but, like many of its peers, is looking at it seriously. The company has reduced or stopped contracts with a few smaller companies that undertake plating and powder coating work for them.

The slowdown is having a cascading effect, notes C.K. Mohan, General Secretary, Tamil Nadu Small and Tiny Industries Association. "The auto industry is highly interrelated. Many micro and small scale companies take orders from the medium and bigger component manufacturers and operate on very low profit margins (less than 10 per cent). Many were already burdened by GST and demonetisation," he says. Companies that make engine parts were affected financially by the BS-4 to BS-6 transition as well.

While the industry comes to terms with the slowdown, the huge labour force attached to it is anxiously observing the situation. "We have not experienced any termination or layoffs for permanent workers in the auto sector in Tamil Nadu till now. But given the crisis, workers are scared," says C. Thiruvettai, District General Secretary of the Centre of Indian Trade Union (CITU). "Workers in bigger factories are protected at present and are getting their salaries and other benefits on time. However, there is no overtime work now," he says.

Agrees E. Muthukumar, President of Hyundai Motor India Employees Union. "When business reduces, companies can't cut the labour force then and there. When the sector was thriving, labourers worked even on holidays and got double wages and overtime benefits. That has stopped," he says. S. Gauri, an employee at a major OEM, says the number of working days has reduced. "In the past few months, we've had work only for three days a week; on the other two days, we have to take forced leave," he says.

Employees have more to be concerned about than just the poor auto sales. With a host of incentives for electric vehicles in the recent Budget, and NITI Aayog's policy proposal to ban internal combustion engine-driven two- and three-wheelers by 2025 and 2023, respectively, many SME component manufacturers fear a wipe out. "The urgency shown by the government towards electrification is an area of concern for the auto ancillary industry," says Kumar of Frost and Sullivan. "A transition based on the congestion index of a few cities and incentives would serve the electrification goals better. These should ideally be studied in detail before a pan India rollout," he says. At present, India does not have a manufacturing ecosystem for EVs. "India is importing around Rs 1,800 crore worth of EV components from China alone," Kumar adds.

According to industry experts, an average car with internal combustion engine has 30,000 parts while an EV has about 300. "So, many companies, especially those that makes engine and transmission parts, or are into forging and casting, may close down, unless they change and start making parts for EVs, which will need heavy investment. Plus, the time frame is too less for the transition," says a Chennai-based component maker.

It's not only the component manufacturers and employees who have taken a hit. Other stakeholders have been affected too. The logistics sector is facing a business loss of 25-35 per cent. "Our trips have come down severely and there is a revenue loss of 40 per cent. There are no sales; no demand," says Ashwini Kaushik, Managing Director of Chennai-based TR Finished Vehicles Logistics Solutions, which transports cars of major manufacturers. "Since last December, when the slowdown started, and now, the industry has destabilised. Our trips have reduced and the drivers, labourers, porters... all are suffering. We can't give them incentives and other benefits. People in the industry do not know how to pay the EMIs or recover revenues," says Kaushik, who has around 150 vehicles in his fleet. Selvaraj, another city-based logistics provider whose company transports finished two-wheelers, says his business and revenue have both come down by 25-30 per cent since January.

The other segment facing heat is dealers. Not only have their revenues and margins shrunk, storing unsold inventories has become a hurdle. "We used to store inventories for a month. Now we have inventories for about two-and-a-half at our outlets," says a senior manager with a leading dealer of Maruti Suzuki. He did not wish to be named. "Our revenues have gone down and we are not able to pay perks and incentives - which form more than 60 per cent of employees' salaries." He added that they have closed a few sub-contracts that they had outsourced to other companies.

Allied businesses such as contract labour providers are reporting fall in business. According to industry sources, companies have stopped recruiting new contract labourers and the manpower requirement has come down substantially. L.K. Iyyappan, proprietor of Sriperumbudur-based Sri Maruti Enterprises, which supplies contract labourers to OEMs and auto ancillary units, says the inquiries and demand for labourers has come down by more than 70 per cent. Companies are also reducing employee benefits. "Earlier, my clients used to provide accommodation, travel and food free to daily wage labourers. However, this year they have clearly mentioned that there wont be any freebies and employees have to manage everything on their own," he says.

The entire auto industry and allied services are in a tight spot but some like Thyagarajan of Mudhra want to stay positive. "This is a temporary phenomenon. The industry will pick up and we will have an upward swing. Some auto majors are coming up with new models. That shows the business will again pick up," he says. Till that happens and the wheels of the industry start moving again, auto ancillaries have to make do with less.

For Us It's Not About Volume, It's About Quality Over Quantity