Rajiv Malik, President, Mylan, speaks about the impact the deal will have on India operations, the challenges in generic drugs and the role that China will play 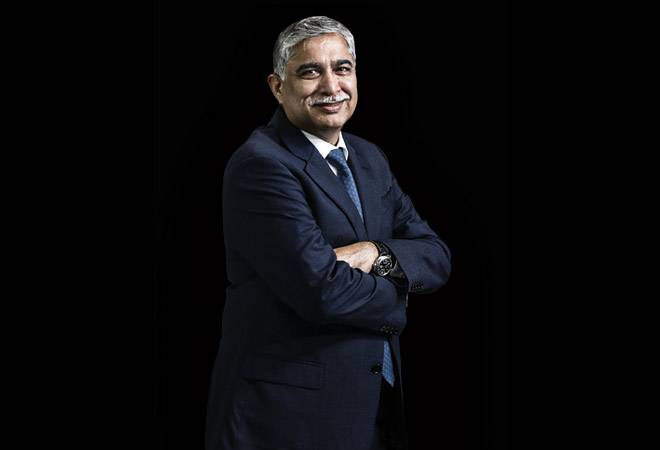 On July 29, the $12-billion global pharma major Mylan announced plans to combine with Pfizer's off-patent branded and generic established medicines business, Upjohn, which has brands such as Lipitor (atorvastatin calcium), Celebrex (celecoxib) and Viagra (sildenafil). The new combined entity, named Viatris, hopes to emerge as a $20-billion global behemoth (2020 revenues). Rajiv Malik, President, Mylan, who has also been named the president of the new company, spoke with Business Today's E. Kumar Sharma about the impact the deal will have on India operations, the challenges in generic drugs and the role that China will play. Edited excerpts:

What does the Upjohn deal mean for India operations, and what are the concerns here?

The concern (of teams) is easy to address because everybody is trying to figure out what the new company is going to be, what will be its goals, objectives and strategy, and how they fit into it. The operations in India should not be impacted. If I look at it from 30,000 feet, my answer is that nothing much is going to change from the point of view of India operations. India is also about catering to the rest of the world from here, so we need to understand what they bring to the rest of the markets and how much will be needed. From that perspective, there might be an element that we still need to figure out and work on. A lot of what India brings is around plant networks, R&D, regulatory and centres for excellence, and I think India will have an opportunity to do more from that perspective. This bigger company will need more of those things, which is an opportunity.

From the point of the Indian market, at the moment, the products of Upjohn are being sold by Pfizer. So, our India selling team will have more to handle. The only place where we will have to go into in more granularity is the team which manages the rest of the world from India. It is a team of about 200 people, of which 150 are into markets where there is no overlap. So, it is going to be more about the re-alignment of our resources.

How do you see the generics space panning out given the regulatory issues and market dynamics?

Every generic association is grappling with this because we are going through a very critical phase. US FDA (Food and Drug Administration) standards evolved over time. That is why they call it 'Current Good Manufacturing Practices' and every company has to keep pace with that. The Indian companies especially have had to go through the hard phase of the churn. But they have learnt, built their processes and trained their people, and they are doing as well as any global company. The cost of building that has gone into the system.

Also, since healthcare touches the common man, there is a lot of visibility, spotlight and scrutiny of the system. Plus, there has been customer consolidation (in major wholesale chains that buy generic drugs). Over the last three to four years, the system was also tweaked (so even after a generic drug is launched, automatic switch from a branded drug to a generic drug was not happening in the formulary or the list of prescription drugs covered under a healthcare plan). It is vitally important to end practices that discourage the use of generics and biosimilars to ensure lower out-of-pocket expenses.

What are the financial advantages of the Upjohn deal for Mylan?

The number one advantage is that financially our profile changes completely. From an EBITDA of $3.5-4 billion, we become a $7-8 billion range EBITDA company. We have created a dividend profile for all our investors. The new company is expected to have revenues of $19-20 billion, and the EBITDA is anticipated to be in the range of $7.5-8 billion, including phased synergies of approximately $1 billion annually to be realised by 2023. In addition, the new company intends to initiate a dividend of approximately 25 per cent of free cash flow beginning the first full quarter to our shareholders right after the first quarter of the deal. The deal is expected to close between April and June. India is still going to be a very integral and key part of our journey. It will have more opportunity to serve the $20-billion company rather than a $12-billion company.

Post-merger, what will be the plans for India and China?

From a sales and commercial point of view, we have a strong foothold in China. The Pfizer-Upjohn team there is one of the best in terms of the strength they bring in this area. I have studied China for last three years. India was always ahead when it came to API (active pharmaceutical ingredient), generics, quality... On all these, India is years ahead of China. But China is leapfrogging in innovation and science. In China, the government has provided so many avenues and incentives to basic R&D in NCEs (new chemical entities). For example, I read that the Zhangjiang hi-tech park is a hub of many start-up companies with many of them being able to list on the Hong Kong stock exchange and raise capital. In 2016, they started a programme called QCE (Quality Consistency Evaluation), which was about consistent evaluation from a quality perspective. Then they launched their 4+7 programme (a drug procurement policy) and expanded to all the provinces. I see China as a great opportunity for us to look for partnerships to further our science and go up the value chain in NCEs - products that we can bring not just to China but also to the rest of the world because we are a global player.

Including Upjohn, how many sites will you have?

You were named in a price collusion case. What has happened to that and where do things stand as of now?

It would be unfair for me to speak on my own behalf. My company has spoken by nominating me again (as the president of the new Mylan-Upjohn combined entity).

Underground And On The Edge