Abrogation of Articles 370 and 35A might excite investors, but for real investments to come in, Jammu and Kashmir regions will need major infrastructure buildup 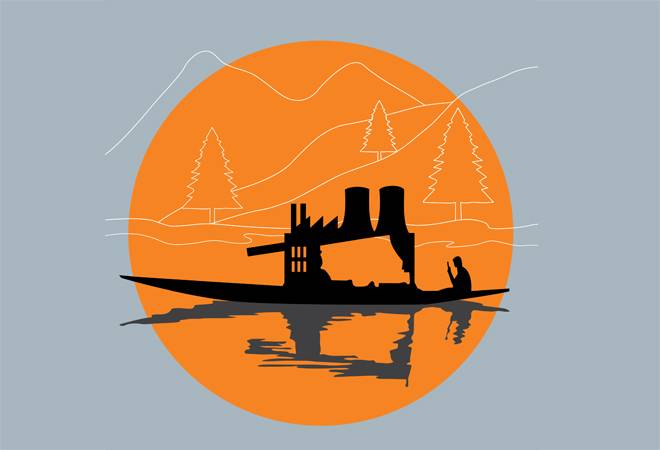 In November 2018, the Jammu & Kashmir state administrative council (SAC) approved an alteration to the J&K Gas Pipeline Act, 2014. The council could do that since J&K was under President's rule then. This allowed pipeline construction companies the right to use land for five years, instead of two years earlier. This alteration happened seven years after GSPL India won the rights to build the Mehsana-Bahtinda-Jammu-Srinagar gas pipeline. The construction till Bathinda is expected to be commissioned by March 2020.

Changing the Act was necessary, because provisions of the Article 370 of the Indian Constitution prohibited the implementation of the Petroleum and Minerals Pipeline Act, 1962 and required a separate law in J&K. In 2014, the Omar Abdullah-led state government enacted this law after three years of discussions. The tweaks SAC allowed were stuck for three years, and there still hasn't been any decision on land acquisition requirements for setting up gas storage terminals.

These are the kind of issues that could get resolved after the abrogation of Article 370. The provisions under the Article allowed the state government to frame its own laws, and along with Article 35A, prohibited change of land ownership to non-residents.

However, will the change bring in big investments? Experts say the Union government will have to initially invest more growth capital before the private corporate sector ventures come in. In the post-Article 370 era, the state expects public sector capital investments, so that corporate money can follow the route.

Former J&K Finance Minister, Haseeb Drabu, however, argues that Government of India and its companies face no Article 35A barriers, and yet companies complain about getting good talent in the state. "The provisions of Article 35A prohibited their children from taking admissions in schools and colleges, and getting other benefits that the state government was offering to its own residents. The impact was huge. Hospitals did not have doctors from outside the state. This discouraged private sector investment in the state. Private investment in hospitals and education institutions is now the low hanging fruit. This will happen once the policy of the new dispensation becomes clear," says the CEO of a major hospital chain, on condition of anonymity.

Where is the money?

President Ram Nath Kovind set October 31 as the day to bifurcate J&K state into two union territories. After that, the two UT's expenditure will be the Union finance ministry's responsibility. Starting then the Union expenditure would have to be reworked for the remaining five months of this financial year. In the previous fiscal, half of the state receipts of Rs 71,180 crore came from grants-in-aid from the Centre. An additional 20 per cent of receipts were J&K's share in the Centre's tax collection. These equations will change. "Ladakh will get its own share of revenue and expenditure. The Union budget will have to be reworked keeping in mind these requirements," explains D.K. Srivastava, Chief Policy Advisor, EY.

The Union government will have to discontinue a large portion of the grant it was giving the state due to its special status. "J&K will also lose its share in the divisible pool. Its status would be more like Delhi," says Rathin Roy, Director, NIPFP. Bihar and Andhra Pradesh are seeking similar favours. The erstwhile Finance Commission had increased the state's share to 0.85 per cent from 0.5 per cent in the pool.

Nearly 70 per cent of the money is spent on paying salaries and pension or servicing debt. With fiscal deficit exceeding 6.3 per cent of GDP, the challenges are deeper. There are some quick fixes available though. "One option is to increase spending in centrally sponsored schemes," a senior official in the finance ministry told BT. In the previous fiscal, against the estimated spending of Rs 10,423 crore, only Rs 8,200 crore was spent. "Since CAG (Comptroller and Auditor General of India) will now audit spending, efficiency of expenditure will be much higher and lead to better results," explains the official. As former Finance Minister Arun Jaitley noted in his blog, the problem is compounded - J&K hasn't been able to step up its own public spending to counteract minimal foreign investment and lacklustre domestic private investment.

The cash strapped Union government may have to look for another round of off-balance-sheet borrowings to fund projects in the state. Sources told BT the government is lining up projects on books of public sector units such as NHAI, Power Finance Corp., GAIL and Coal India among others along with extra spending from the railways and the Airports Authority of India. This includes completing the railway track till Srinagar and connecting Leh as well. Solar Energy Corporation of India is preparing the bid document for setting up the world's largest solar farm of 20 GW (scattered allocations spread over the next three years) in Ladakh along with Power Grid Corporation's evacuation facility.

The previous efforts of the J&K government failed to attract investors. Of the 32,000 manufacturing units in the state, less than 600 are owned by outsiders.

Conglomerates led by Mukesh Ambani, Harsh Goenka and Uday Kotak and industry bodies such as FICCI, CII and Assocham have cheered the abrogation move. The Union government also plans to have an investors' meet in the new UTs just before Diwali.

Foreign direct investment (FDI), however, may still not be forthcoming. Finance ministry officials say that they don't expect FDI to come in, especially since the United Nations has termed the entire state as disputed.

Sectors that could open up immediately are retail, electricity generation, telecom and digital infrastructure, budget hotels and healthcare. At a time when private investment is hard to find even in the rest of the country, expecting big money to come into J&K is a challenge. For instance, according to the CMIE, in the last fiscal, there were investment proposals worth just Rs 9.5 lakh crore for all of India, the lowest in the past 19 years. Moreover, in most indicators, be it electricity consumption, per capita income or and population under poverty, the performance of the state is not encouraging.

While it may take time for big money to reach J&K, there is some degree of hope from the industrial estates in Udhampur, Kathua and Jammu. The initial investors are expected to come from Punjab, Haryana and Himachal Pradesh. The Jammu region is better connected by raid, road and air, and may prove to be attractive for many investors.

In 2016, the Mehbooba Mufti government had come out with the J&K Industrial Policy, under which the government offered land on lease anywhere in the state - even outside the industrial estates - for 40 years. This excited many investors, including manufacturers of glass, semiconductors, chemicals and pharmaceuticals. The other hill states, however, did much more to allow investments from outside. Himachal Pradesh, for example, liberalised land rules and had restrictions only on purchase of agricultural and forest land for outsiders. Similarly, Uttarakhand allowed non-residents to buy 250 square meters of land for residential purpose. J&K kept the noose tight, and even with the new land lease policy, investors required prior approval of the state government. In addition, the bureaucracy was not supportive. "Dealing with the state government was always a nightmare. The mindset of the bureaucracy cannot be changed with policy; it was still anti-outsiders," says Rajan Gupta, a Punjab-based businessman who studied the policy but finally decided not to invest. Now that the law of the Union government will be implemented, Gupta and other investors might come back. And with that, J&K's high unemployment may reduce.

After decades of uncertainty, as business comes to the region, peace will get a chance. Why Companies Were Not Investing In J&K

J&K Land Grants Act, 1960: Empowers state government to exempt outsiders from buying land or take it on lease for commercial needs. The state government could notify the need, and cleared projects on a case by case basis

J&K Industrial Policy, 2016: An outsider could get land on lease for 40 years. But government preapproval was still needed

Article 35A of J&K Constitution: Prevented outsiders from buying land to build houses

Article 370 of Constitution: Prohibited outsiders from getting admission in schools/colleges, scholarships, travel passes and other state government facilities

Roads: NHAI is working on five projects of 189 km; 14 more projects are expected to come up in the next six months

Finances: The state's fiscal deficit is 6.3 per cent of GDP. At the national level, this is around 3.4 per cent