"In every city, there should be surplus housing"

Rajeev Talwar, CEO, DLF Ltd., and Chairman of the National Real Estate Development Council (NAREDCO), tells Business Today's Goutam Das about the changing landscape, why it is time to create excess supply in affordable housing, and how to go about it. 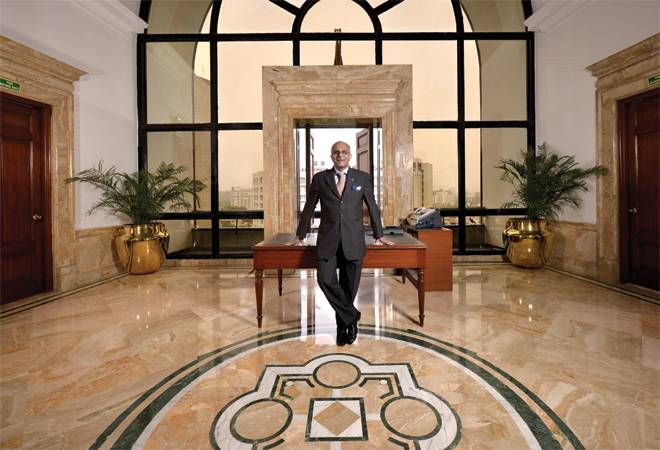 We are hearing of green shoots in different parts of India for residential real estate. It is different in Noida, where we see homebuyers agitate. What led to this crisis?

Builders were concentrating on huge expansion before 2008. They were speculating, money was coming in easy. At that time, it was a sellers' market in Uttar Pradesh and Noida. Many thought they could leverage that money across. With the global meltdown in 2008/09 and the Indian slowdown, everyone had to abandon commercial development and go in for residential development. The execution capacity of the entire country came into question. Not only Noida, all over the country there were substantial delays in residential projects. By their nature, residential projects take much longer.

In commercial development, you make the slabs, pillars, provide the glass casing, air conditioning, and then the interiors are done by the users. In residential, there are many details. The walls have to be made, the toilets are spread out rather than in a common place. Indian developers said they would deliver in three years. The entire movement against developers wouldn't have happened had the time of delivery promised were five-seven years. By this time, the execution capacity would have matured. How many engineering firms are there? All builders depend on contractors. Then there was MGNREGA. Labour went back to their villages. So there was a shortage of labour and execution capacity.

All of this snowballed into a movement of buyers - you have taken my money, why haven't you given me the apartment? Eventually, to cover the sins of the past, a futuristic legislative remedy was found, called RERA. The past should be made good. At NAREDCO and CREDAI, our first responsibility is to tell all builders, "Deliver your contracted apartments at the earliest possible, under a plan. Plus, you have to deliver only at prices contracted for. You can't add to the billing".

Is RERA functioning well? I am hearing mixed stories.

Any new legislation, any new regulator, will have to garner experience. You will hear mixed stories for a while, but the fact is that it is a marvellous piece of legislation which lays the onus solely on the builder. Don't overpromise, underdeliver. Rather, get your approvals, get your planning right and then venture into the market. At the same time, we will keep a check on whom are you selling to, at what price, what is the progress, when are you demanding the money. It is no longer an uncharted territory. It is now mapped and, therefore, easily regulated and better controlled. So hopefully, in times to come, our banking industry would mature to the extent of financing real estate. And the entire paradigm of real estate would shift to a new perspective.

What is that new perspective?

There are a few indicators. Most developers are now saying book a flat, make a notional payment, and then we will take finance from banking institutions - take the rest from you at the time of delivery or even two-three years post that. That is one option. The other case is people like us. We build. You see the apartment and then buy. You remove any source of dispute with the buyer.

The second option is not one that everyone can replicate. Builders could be stuck with huge inventory

Definitely not an easy model. However, it is much better having oversupply. In every city, there should be surplus housing and not shortage of housing. A surplus keeps prices moderate. Traditionally, for the last 70 years and even before, housing was always kept in short supply because every person who could afford to invest treated it as much as bullion. The country has to move to a paradigm where you create extra capacity and then depend on the market cycle. While there are green shoots in the country coming into residential development now, the real solution would be in creating surplus for affordable housing.

What needs to be done to entice builders to get into affordable housing?

You have excess land with the government, whether it is departments at Centre or state. You have land with Central and state PSUs. Houses here, because of the stage of development in our country, were only single-storeyed. There are no tall buildings on railway land. It is a ready-made thing - you have already recovered the price of land over there. The government, usually, follows an auction model. If you start auctioning, the price will go up.

A much better model is the renting model. The government rents or leases land out. De-freeze Floor Area Ratio (FAR) by allowing higher buildings - 10 or 20 floors. People have already made high-rise buildings. Mumbai is the best example. Perhaps, Delhi will see similar. So, we will have buildings of 300-320 sq.ft., 18-20 floors. Second, there is a certain cost of money. The amount of time taken for clearances and approvals means a certain addition to the cost. Because you want to keep the price lower, how can you avoid this time lapse? NAREDCO offered good-for-construction drawings of projects that already stand completed free to the PMO and the Ministry of Housing and Urban Affairs. We are willing to give plans free. These are plans of buildings already made and people living in them. Allow anyone who has land of his own to construct. Buildings are not going to be completed overnight. You have a time lapse of two-three years before a building is completed. Every regulatory authority - fire, drainage, local body - should do inspections and clearances while you are making them, not before. Because delaying a project has a certain cost implication.

The government decided to increase the carpet area of houses eligible for subsidy (MIG-I to 160 sq. metre and MIG-II to 200 sq. metre). Will this spur housing activity?

This means that houses in Tier-II, III and IV towns will become affordable. People here tend to live in a little larger environment because towns traditionally have bigger houses. Many builders who are struggling in metros will shift to the peripheries. They will come in large numbers in these towns leading to a boost to employment, plus turnover. Certainly, those who are going out of business may get a chance to revive again because land and construction cost is cheap.

Is R&D a Prodigal Child?