The Netherlands-based Philips has been in the lighting business for over 127 years. In 2016, the Rs 57,095 crore Philips Lighting was spun off as a separate company listed on the Amsterdam Euronext Stock Exchange. 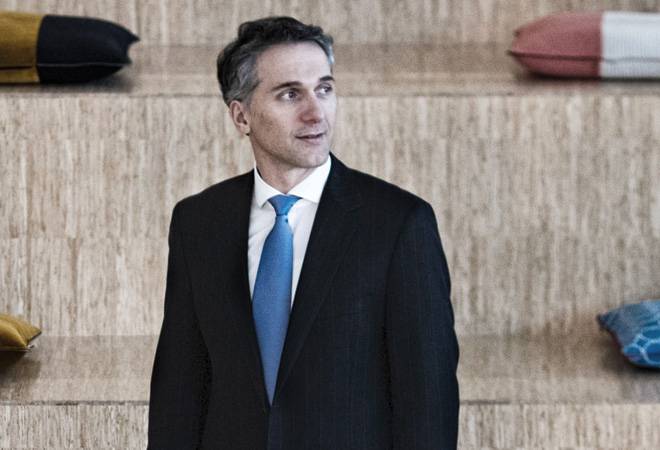 Eric Rondolat, Chief Executive Officer and Chairman of the Board of Management, Signify

The lighting industry is going through turmoil. The transition from CFL to LED is almost mainstream, and companies are hiving off businesses to focus on new ventures. Where is the industry headed?

There is a major technological transition happening - from conventional to LED. While incandescent lamps consumed 100 units of energy, the equivalent with LED would be around three. This is the magnitude of the impact that the new technology is generating. Many companies in the lighting industry have to move. Nearly six-seven years ago, more than 90 per cent of our output was conventional. At the end of 2017, it is down to just 35 per cent. We see companies completely changing their profile, not only in terms of technology but also business model. Technology is LED but the business model is more {about} the capacity to connect light and then sell systems and services.

We're not selling products any more. We sell products and systems which will be completely connected lighting systems that would give information not only about light but also gather information about space occupancy and productivity. We were leading before that transition happened and today also we are leading in conventional, in LED and in connected lighting systems and services. For five years, we have been putting in place a strategy that we are rigorously implementing. We're also looking at what is coming next. We also see light becoming a language. This is why we changed our name from Philips Lighting to Signify, which is conveying the message that light will become the new intelligent language. We can transfer information through light because Li-Fi (light fidelity) can potentially replace Wi-Fi. So, the industry has been shaken by this fabulous transformation that is not only technological but is also business model-linked.

What is the financial impact? How is the industry catering to it?

It's not only consumer business. A quarter of what we do is consumer, but 75 per cent is professional. We've been able to nearly double our profitability in the past seven years. So, while we're doing the transition in technology and business model, we have been able to expand our profitability. Contrary to what you explain, I think with LED we are much more differentiated in the lighting industry than we were with conventional technology. Today, when we produce an LED product, it can be much differentiated. We can dim it with a dimmer or electronically, remotely. There are so many things that can be done with LED that could not be done with traditional. We can generate colours, change colour temperature. We are also putting in the market a label that we call 'eye comfort' because we believe a lot of LEDs sold in the market are sub-standard, especially when it comes to quality of light. We talk to ophthalmologists and people who know eyes and we have defined this label that will say to all customers that these lights are good for your eyes.

What's the next frontier for lighting?

From LED technology, connecting it, generating services and then using it as a language. Let me give examples in India. We were lucky enough to go to Rashtrapati Bhavan, and the Central Secretariat (New Delhi). The North and the South Gate completely lit - we've done that. Every point of light that you have there is connected and can take 16 million colours. They just need to be programmed at your finger tips, on a PC. I've taken pictures for my kids and they were screaming because it's so beautiful. We've done the Red Fort and India Gate (too). We could do a lot of monuments only because of connected lighting. This is not about selling light; it's about selling a connected system. If required, we can display the Indian flag on all these monuments. If there's something special, we can adapt the colour of the monument to the specific day. The other example is street lights. In New Delhi, we have 6,000 light points that I connected, all via the wave of communication directly to our software backbone. It will be monitoring and optimising the light scheme. We've also worked with different technologies like RF (radio frequency) in places like Pune and Hyderabad. We're also present in homes. What we see is that the Indian consumer is well versed in technology. The market here is extremely receptive to all the things I'm talking about, which are quite advanced in the lighting industry.

How far do you think Li-Fi will go as a technology? How much are you banking on it?

Li-Fi is part of our long tradition of innovation, moving from connected systems to services, IoT and now Li-Fi. We've been using Li-Fi for the past 10 years in a narrow band version. We've started to sell extensively in the past four years, but we were using it for some specific applications. Imagine, in an office space we have connected lighting. You would put your phone towards the light, which will 'see' and 'recognise' you, and you can take control of your lighting space directly on your phone. That application is using Li-Fi because we transmit data using Li-Fi, but in narrow band. We've also used it for what we call indoor positioning system. Imagine you are in a supermarket. You take out your phone and put it to the light infrastructure, where there will be communication with the phone. Now, we move to an office space, where it's not narrow band but broad band. With what we're offering at this point in time, you can simultaneously stream many HD videos. We're talking about 30 MBPS at this point. In the future, we can go faster.

By the way, we've signed our first Li-Fi project in India just a few days ago. Why would Li-Fi be interesting? First, it's a stable signal. Far more stable than Wi-Fi. Second, we can go at a speed that is 20-50 times faster. Then, it's very secure. If you're not visible, if you're not under the light, you cannot catch the signal. Some of our customers are very sensitive to this because for them security is that no signal would be captured outside the office.

The other question is: do we want to live with all these electro-magnetic waves around us or do we prefer to get rid of all of those. When we have Wi-Fi, we don't have just one network, we have a lot of networks. Li-Fi is just data coming through light.

Lastly, we see that it is a technology that has a lot of potential - trains, airlines. Could we imagine that at one point the street lights will guide driverless vehicles through Li-Fi by sending them information on where they need to go? A driverless car will not be directed by GPS because the accuracy of GPS is not enough. So you'll need something to indicate to the car where to go. We can do that with light poles because we have them everywhere. So many things can be done; we are just scratching the surface.

How do you visualise your organisation?

We were a hardware company selling products. Now we are a hardware and software company selling products, systems and services. We had to invest a lot in people who knew communication, and protocol in different industries. For example, when we talk about outdoor - 2G, 3G, 4G going to 5G - it's LoRa, radio frequency, and NBIoT (narrow band IoT). We are basically developing these communication media because depending on where you are in the world, you have different requirements. Moving to LED is difficult but it's just a technological change. Moving to connectivity requires a completely different set of competencies and a change of business models. We've been doing both in the past four years.

Where's the intelligence in lighting systems headed? It's something that even tech firms are still to discover. Do you partner with tech firms or are you doing it from scratch?

We're doing it from scratch at this point, using the same team that's doing the analytics on the company itself. We're generating a lot of data as a company. We've realised that by using machine learning and some AI engines, we could also get a lot of information from the data that we're ourselves generating as a company. We already have some very interesting insights.

What We Need For Solar's Long Boom