The rise of Jio and sustained growth in refining and petrochemicals have fuelled the growth of Reliance Industries. 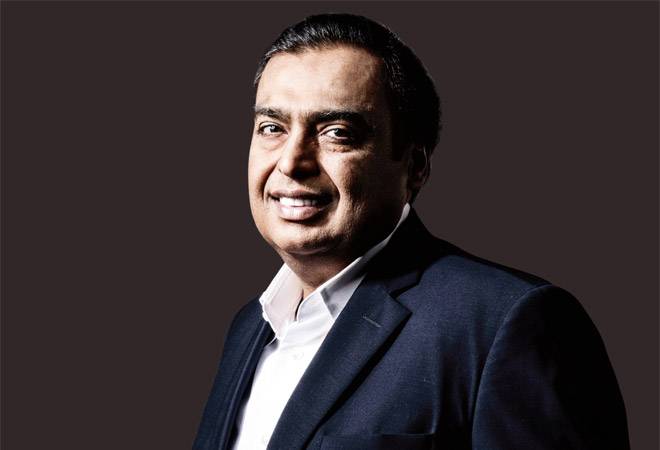 Over the past six years, the Mukesh Ambani-controlled Reliance Industries (RIL) raised many eyebrows with its investment decisions. The company spent over Rs3 lakh crore to build the 4G business under Reliance Jio, and to integrate the refining and petrochemical businesses at a time when its humongous capital expenditure cycle was higher than its market valuation. While the expansion of the established businesses was justifiable, investments in the greenfield telecom venture - of over Rs2 lakh crore - stunned investors. Doubts were raised about the profitability of the telecom venture in a crowded and highly competitive market.

RIL faced a flurry of questions. Will voice over long-term evolution (VoLTE) work? (RIL was the first to venture into VoLTE technology in which voice calls are transmitted as packets, unlike in 2G or 3G networks wherein a certain amount of network bandwidth is assigned to pipe the call.) How affordable would data be? Is there a demand for data in India? Can people afford smartphones?

The scepticism was put to rest when RIL completed the first year of its 4G operations in September this year. Its average market capitalisation in the October 2016 - September 2017 period stood at Rs4.16 crore, up from Rs3.21 lakh crore in the October 2015 - September 2016 period. A 29.5 per cent increase in average market cap in this period has placed RIL at the second position in the BT500 ranking. On November 1, RIL's market cap crossed Rs6 lakh crore, before settling at Rs5.8 lakh crore on November 20.

Alok Agarwal, Chief Financial Officer of RIL, attributes the company's resurgence to three factors: synchronised economic growth across the world, the rise in fuel demand (an increase of 1.4 - 1.6 million barrels every year since 2015); and India's transition from being a services economy to a digital and consumer economy.

"For the first time in 10-12 years, US, Europe and Asia grew simultaneously. The US is growing at 3 per cent, which is almost a seven- eight-year high; Europe is growing above 2 per cent (the power house of Europe, Germany, growing well over 2.5 per cent); Japan too is beginning to see growth. When the top five economies in the world grow in tandem, there will be benefits for industrial companies and the companies in the consumer business," Agarwal says.

The increasing fuel demand - especially of transportation fuels like petrol and diesel - is providing further impetus. In the last three years, global oil demand went up by over 4 million barrels. The first estimate for 2018 indicates a demand growth of 1.3 to 1.4 million barrels. "We haven't seen this kind of sustained growth in a long time," Agarwal adds.

Among its petrochemicals business, the ethylene business continued to flourish in India thanks to demand in household and packaging products; margins for polyester exceeded the five-year average.

Reliance Jio created a 100-million subscriber base in 170 days, thanks to its promotional blitzkrieg. But the initial euphoria faded once the freebies were taken off and tariffs introduced. At the end of September 2017, the subscriber base stood at 138.6 million, more than 75-80 per cent of whom are smartphone users.

"People thought we would become EBIDTA-positive after three to five years. We proved them wrong," says Agarwal, proudly. Jio clocked standalone revenues of Rs 6,147 crore in the second quarter. And, much to the industry's surprise, it registered positive EBITDA, Rs1,443 crore, with the EBITDA margin at 23.5 per cent. Experts predict that Jio will break even and generate net profit in the next financial year.

To acquire subscribers, Jio adopted the e-KYC route. "That was the only option to add 100 million customers in a short time. If we had opted for the old paper model, we would have been stuck forever," says the CFO. He believes the simplification of tariff plans helped expand the subscriber base. "There are no hidden costs in our bills. Customers know what they are going to get?no surprises," he says.

The launch of Jio also managed to rattle the smartphone ecosystem in the country. Prices of smartphones have fallen to Rs5,000-10,000, from the erstwhile Rs15,000-25,000. The challenge for Jio now is in growing the customer base, capacity building and adding new services.

In the next financial year, the company is expected to reap benefits from its investments in the petrochemical and refining businesses. The cracker project at its petrochemical complex in Jamnagar, Gujarat, is expected to be commissioned by the end of the year. In refining, RIL is close to completing the gasification project, which will reduce energy costs of the refineries. (The petcoke produced at the refinery will be converted into gas at the gasification unit; the gas, in turn, will be used to produce electricity to run the refinery.) "With the completion of these projects, we will have the most integrated refining and petrochemical site in the world," says Agarwal.

RIL's retail arm, Reliance Retail, is now the largest, growing at 30-40 per cent annually. Agarwal expects a minimum of 20 per cent CAGR in retail for "a long time". The company is hopeful that the rise in discretionary spending, even though marginal, will augur well for the organised retail business.

"The best is yet to come. We have a lot of running room in every single business," says a confident Agarwal.

Happy Shappy: Making The Do Memorable