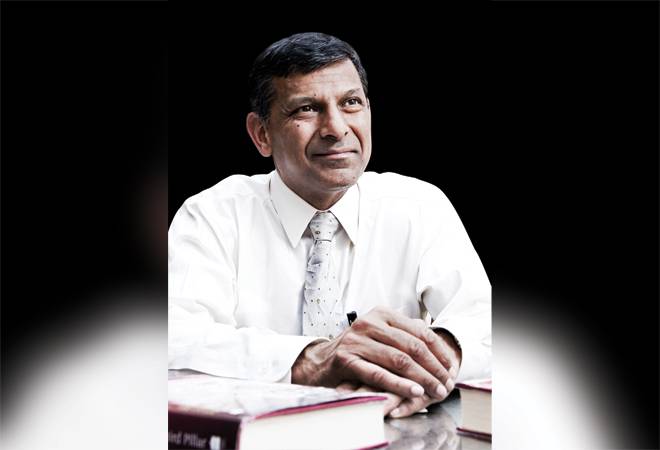 Will the rise of populist nationalism elsewhere weaken India?

The rise of populist nationalism in a country tends to accentuate worries. When these people assume power, a wave of insecurity grips neighbours; it affects anyone who is competing with that country in any field. The populist nationalist wave around the industrial world essentially augments similar sentiment in other areas. Initially, populist nationalists feed on each other, but eventually, they become antagonistic as nationalist interests are so different.

Will we see trade wars like the US-China one?

We have always had a protectionist streak, but reversed it with the 1991 reforms. Now you see some of it coming back - tariffs are rising in steel and other sectors. This introduces an element of arbitrariness and eventually reduces our competitiveness. If you raise steel prices, it becomes more difficult to make automobiles in this country and makes our cars less competitive. Then the auto sector will say what about tariffs for us. Already, the e-commerce sector is saying it needs protection. So, it does not stop.

Unlike China, India is less dependent on exports. Will it help?

Export is essential and should become more important. If we want to make in India, we should make for India as part of that initiative. But you cannot make for India all the time; you need to be part of global supply chains. You should be making for the world. But to do that, I have to have low costs from a world perspective.

What are your views on India's recent e-commerce policy and data localisation diktat?

We learnt in the 1990s that liberalisation was useful. It allowed us to grow. So, we should not overly constrain industry with a new set of regulations, which are shaped to favour certain parties and do not create a level playing field. Sometimes, under the guise of national interest, we create a playing field which is not just tilted against foreign interests but also tilted against some of our interests as it favours certain parties. We have to be careful not to do that.

In the US, a populist nationalist government is sending its candidates to the Federal Reserve. Will it impact countries like India?

I hope such non-traditional appointees will eventually figure out what the underlying role of the Fed is and do what is appropriate. You will also find many more traditional appointees and they can absorb this for a little while. If you change the system entirely to get a less professional structure there, it could have a more significant impact. So, a lot depends on how deep this and how many positions are there. One or two bringing some diversity is not always bad. But if you swamp the place with people of a particular dispensation, you are tilting the playing field too much.

In India, too, we have seen the government pushing its men to the RBI Board.

Well, every government tries to put its sympathisers in. It rectifies the balance to some extent, offsetting what the previous government did. But when you go beyond a certain point, you are really tilting the constitution of that particular institution. We often set up institutions for checks and balances. When they stop playing that role, you do damage to yourself and the country. But most governments have been quite careful about not crossing the line.

What do you think of the recent debate on the functional autonomy of the RBI Governor and the role of the RBI Board?

Let me not comment on the specifics of that situation, but traditionally, the RBI Board is not meant to take any executive decision. It is like a board looking at governance and approving/disapproving decisions but not inserting itself in the decision-making process. If you want to be part of that process, you should have professional expertise. So, it is a governance function rather than an executive function. And we should be careful not to cross that line.

You have also written about improving State capacity. Kindly elaborate.

Here, the State tries to do too much, and hence, does not do enough particularly well. We need to figure out the areas where the government's presence is essential and other areas from where it can withdraw. Besides, we should hire more expertise where needed and upskill the existing people. We do not have an excessively large government considering our population. So, we need to reduce what it tries to do, focus on the things only the government can do and improve people's capabilities. Lots of well-trained people are working for the government. But domain expertise is deficient at times. For example, do we have enough fraud investigators who have the relevant business expertise to go after paper trails and understand what those documents mean and where they lead?

India has a decentralised system of centre, states and local bodies. How can we push more power down the line?

The question is whether they are sufficiently empowered and well-funded. Does the local panchayat supervise the village school or is it done by someone sitting in a town or the capital? That reflects the extent of decentralisation. If you cannot voice your opinion or weigh the performance of a teacher in your local school, you have very little power over that school. The same goes for medical personnel in primary healthcare facilities. In such cases, should there be more deployment of power?

Is it time to do away with central government schemes?

That is what the Finance Commission has repeatedly recommended. Let the states devise more of these schemes. There are areas which urgently require the central government's intervention and there are things that states can do. If you let the states do them, would you get a variety of answers? Well, some of them will be better than others and states could emulate each other.

What is your take on land acquisition?

It is an India-specific feature. If the country wants to propel growth, it will have to figure out how to create public assets more efficiently. Some of that requires land acquisition. So, how we drive land acquisition is going to be a challenge. This is a point Arvind Subramanian (former CEA) has made because the private sector does not have a stellar sort of image when it comes to acquiring land. It also looks like the government is in cahoots with the private sector. And there is a political reaction. So, what is the remedy? There should be a speedier process of land acquisition which is transparent and seen as fair. Some states have come up with that. That would be one way of enhancing growth. But you also need to improve the image of the private sector as there is a pervading sense of cronyism (between the private sector and the State) and non-transparency.

How do we deal with jobs creation?

If land acquisition is done right and all kinds of construction work starts, there will be jobs. Quite a few emerging markets have grown quite strongly in that way. Then there are special economic zones (SEZ) to build. But the way it was done earlier was primarily viewed as a land grab. What we need to do is create zones where we can improve the business environment significantly. Create a dispensation so that you can experiment a little with building a better business environment.

What are your views on having an international finance centre?

We do not need them, but you can look at the current regulations and think of a lighter regime which will mirror what is required as opposed to what is out there. If the model works, it could become a template for the broader area. But unless you focus on providing a better environment - better infrastructure, power, easy regulation and fewer inspections - these are going to be stillborn. The whole point of an SEZ is to create conditions so that you can produce significantly. If the model works, you can expand and replicate it.

You could do that and perhaps find a way to dispense with some of our restrictive regulations in those areas, thus ensuring ease of doing business without creating unnecessary risks. We have very strong laws which kick in when the number of employees exceeds 300. It might be useful to build some protections for the workforce - like they cannot be fired if the company does not pay compensation - but we should also allow certain flexibility to the employer. So, create some protection, but it should not be mandatory to make them permanent employees after a year. It means you improve the nature of the job but also build more flexibility for the employer. Could we run a zone like that and see what happens? Are the workers satisfied? If they are not, we can end that process. Otherwise, we can roll it out more widely. The Chinese are very good at experimenting in their SEZs and we need to do that.

We are now witnessing competitive populism. The current government has used the insurance model (crop and healthcare insurance) to attract the poor. But how can we address agri distress?

The value of the insurance model is that you still rely on private incentives. But you have to make sure that it is not a leaky model - that the insurer pays if you have crop losses and settles claims quickly. Insurance can help if you have a basic livelihood. But how do you know there are livelihoods for everyone? That goes back to creating jobs. We need to work on all fronts to achieve it. There are many ideas for agriculture but enhancing productivity is essential. Also, people should be able to leave farming and join other sectors where there are plenty of jobs. This kind of migration is necessary as too many rural households are stuck to very small plots of land, which are unviable considering the size of the family. These people should be able to lease their land to somebody bigger and get a job elsewhere. That will increase plot size and allow more value-added productivity. So, states have to take the lead and share best practices.

You have said India needs more MSMEs to grow and flourish and provide competition to big businesses. Is this possible?

The scale is a source of productivity. So, MSMEs need not stay small. The idea is to create opportunities for MSMEs and help them grow. We need to create conditions for that to happen.