This January 47,000 runners participated in the 16th edition of the Tata Mumbai marathon. That was a 22-per cent rise from last year, thanks to rising interest among people in fitness and healthy living. Mumbai marathon is not alone. Several big and small running, walking and cycling events across the country now draw huge crowds. Last year alone, India saw around 500 half-marathon (21.1 km) and marathon (42.2 km) events along with many small distance runs, according to Indiarunning.com, an online community that curates running events in India.

As India runs, jumps and hikes, the sports and fitness wear segment is opening up fresh opportunities for investors and entrepreneurs. While Adidas (including Reebok), Puma and Nike lead the organised part of the Indian sportswear market, there are others too. International brands Asics and Skechers set up shop in India a few years ago; Denmark-based Hummel launched its Indian operations early last year; and American brand Under Armour arrived this year.

"Awareness around healthy lifestyles is increasing ," says Abhishek Ganguly, Managing Director, Puma India. "Also, many people are approaching sports both professionally and for recreation. This is fuelling our growth in sportswear."

Till about six years ago, these companies' focus was only on performance wear. That changed around 2015/16. "Performance wear is a small market in India. But when the fashion trend changed and youngsters wanted to look sporty even if they did not play any sport, it opened up the market for 'athleisure' wear, which is driving growth in this segment," says Shivam Kataria, Vice-President at SSIPL Retail, a Delhi-based sportswear manufacturer and retailer that also makes footwear for various international sports brands.

The trend that combines active wear and leisure wear is here to stay, say industry experts. That the market is growing around 25 per cent year on year doesn't come as a surprise as sportswear as well as lifestyle brands have been expanding their athleisure footprint for the past two years. Adidas, for instance, has set up exclusive retail stores for Adidas Originals, its street collection. Puma and Nike too are fast expanding their presence in this segment.

"The popularity of sportswear in everyday fashion is increasing and boosting our growth," says Puma's Ganguly. There is a large set of aspirational consumers that wants to be ahead of the curve and for them fashionability is more important than grabbing an older season's merchandise at a great price, he notes. "We have seen demand for our products on the day of their global launch itself," he adds.

Catching up with sportswear brands are apparel brands such as Arvind Lifestyle, Aditya Birla Fashion and Retail and online fashion retailer Myntra through its brand HRX. Innerwear major Jockey launched its athleisure range in 2017. "Athleisure is an extremely relevant category with high potential in India where the larger population indulges in casual sports to stay active while being in active wear for casual hangouts," M.C. Cariappa, President, Sales and Marketing, Jockey India, said during the launch of the campaign 'Play Or Relax'.

Even within the athleisure segment, there is variety and sub-sections. "India is a very diverse market. You can't have a one-size-fits-all approach. For instance, a state like Rajasthan demands more colours; southern markets prefer black, white or grey. The northeast wants more fashion," says Roshan Baid, Managing Director, Alcis Sports, a Noida-based sportswear brand.

Another segment that has seen an uptick is apparel for women. Till some time back, many sportswear companies did not even recognise the niche market for women customers. But that has changed now, and with more women participating in fitness activities such as calisthenics, pilates, zumba and yoga, women's fitness wear is expanding, explains Ganguly. In fact, with "more brands such as Skechers entering India, companies have started understanding this segment better. Now, women and kids segments account for around 30 per cent sales for global brands," says Kataria of SSIPL.

More In the Race

India's sports and fitness wear market is following the growth trajectory of developed market peers, say experts. In 2016, the global performance wear market was around $78 billion, according to market researcher Euromonitor International, and is predicted to hit $185 billion by end-2020. The performance wear market in India was valued around Rs 7,000 crore (a little over $1 billion) last year. But with athleisure, it is worth $3.5-4 billion by some estimates. According to Euromonitor, till the end of 2020, it is expected to grow at 12 per cent CAGR (compound annual growth rate) to reach $8 billion. Many unorganised players too offer fitness wear at lower price points and have a sizable share. This makes it difficult to estimate the actual size of the market. 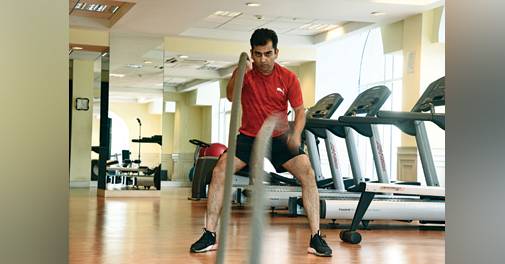 To tap into the growing market, companies are looking at ways to strengthen and widen their presence. Under Armour, for instance, has formed an Indian subsidiary. It is looking at a long-term presence here and is in talks with different entities for franchises. Rival Skechers, which has been in India for the past six years, has bought Future Group's share in a joint venture to form a fully owned subsidiary, Skechers South Asia.

"India is one of the fastest growing markets globally for sportswear. We are just beginning the journey here and are very young in this market," says Rahul Vira, CEO, Skechers South Asia. The company currently has an annual revenue of around Rs 500 crore; in 2016, it was Rs 220 crore. "In the next few years, we will expand 360 degrees and enter Tier-III and Tier-IV towns. We are also testing apparel and will launch athleisure wear this year, apart from focussing on women and kids segments," he adds.

With 10 per cent of its sales proceeds going into marketing, Japanese company Asics, too, is increasing its pace in athleisure and core performance wear. Asics India recorded Rs 92.7 crore in sales last financial year and is growing at 35-40 per cent CAGR. Hummel is also on the lookout for retail partners in India.

Older companies are not to be left out. For Puma, India is one of the top five markets. Reporting sales of Rs 1,157 crore in calendar 2018, the company crossed the Rs 1,000 crore mark for the first time. "Focussing on the women's segment and expanding e-commerce sales helped us," says Ganguly. The company is investing heavily in building futuristic supply chains, improving e-commerce sales and opening new stores.

Adidas, which acquired Reebok in 2005, has reduced the number of its franchise partners to about 50 in a bid to focus on profitability. However, the company is now focussing on restructuring its retail operations to get future-ready. According to reports, it plans to expand in 40 cities, including metros, Tier-I and Tier-II locations, as well as double the number of company-owned stores by the end of this year. 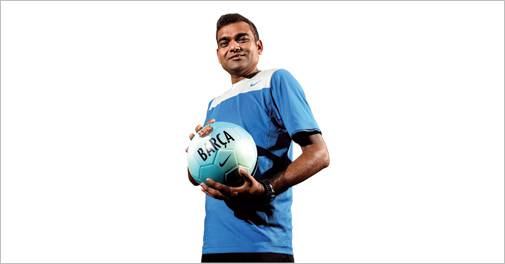 The boom is powering e-retail in sportswear sales. "Traditionally, this market was retail-oriented. But today around 30 per cent of athleisure is sold online," says Aashutosh Chaudhari, Co-founder of Live Sports365 E-Retail, which started seven years ago and now has 400,000 active customers. "E-commerce is currently the fastest growing channel for us. Currently, it forms one fifth of our business," says Ganguly of Puma.

That said, Indian customers are also keen on the physical store experience. The success of French sports goods retailer Decathlon is a case in point. Started in 2013, Decathlon Sports India, which operates through big format stores, currently has 68 outlets. "One of the major factors for their success is the bandwidth of their product categories. They offer something for everyone, and are also backed by a strong online presence," says Chaudhari of Sports365.

The competition is high and no one can rest on past success. Home grown brands are biting at the heels of global brands, which currently have control over 80 per cent of the organised sportswear market. They have a price advantage. "Most products of global brands are manufactured by local manufacturers. But consumers have to pay a premium for the brand value. Indian brands provide the same quality at a lesser price. Consumers now look for quality rather than brands," says Vineet Agrawal, Managing Director of T10 Sports, a sports apparel manufacturer and retailer which had a revenue of around Rs 35 crore last year. It is also tying up for events and sporting galas like the IPL.

Two-year-old Alcis, with a revenue of around Rs 60 crore, has expanded aggressively in a short span. "We have 700 outlets across the country and have roped in cricketer Shikhar Dhawan as our brand ambassador. We are tying up with companies, cricket clubs, schools and various tournaments," says Baid.

In the race to gain market share, a lot depends on credibility. Consumers expect innovative products with high quality. "With brands penetrating smaller towns, maintaining the quality of retail experience through stores, managing store teams and customer service is a challenge," says Kataria. This has to be supported by factors such as an agile and robust supply chain.

All this while keeping price in mind. "India is a value-sensitive market. So, rather than giving cheap goods, we were interested in giving a value proposition," says Vira of Skechers, adding that the company does not believe in online discounts.

Consumers follow athletes and sports personalities and use brands and products they recommend. This makes the business difficult for new entrants as their credibility is not established, and many local players have tripped on strategies. "The market is niche and they are playing a price-point game. The market, especially in the Rs 500-1,500 range, is highly competitive. They have to be innovative and position themselves in this market,"says Chaudhari of Sports365.

Reebok's revenue dipped last financial year, in comparison to the previous year. Nike downsized its team and shut some of its stores few years ago, though these were in strategically insignificant areas, they say. At the end of 2018, only two companies, Adidas and Puma, had breached the Rs 1,000 crore revenue mark in this fast growing market. The victory podium is ready for more.