The Race Is On

With interoperability paving the path for a level playing field, non-bank digital wallets are set to attract more users, but competition could be fierce.
BS Srinivasalu Reddy | Print Edition: December 16, 2018 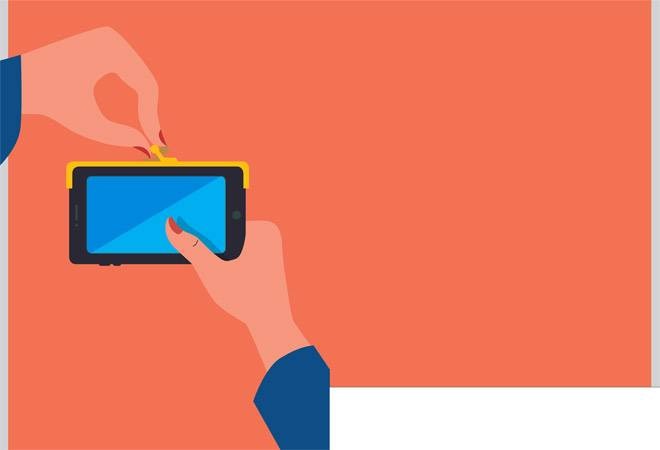 After a roller-coaster ride over the past two years, non-bank digital wallets in India have come of age. Much of the credit goes to the Reserve Bank of India, which issued in October its final guidelines on interoperability among prepaid payment instruments (PPIs) - mobile wallets or m-wallets (mostly non-bank ones), prepaid cards and vouchers for meals and gifts.

Put simply, this long-awaited move allows linking of all KYC-compliant m-wallets for transactions and, eventually, all wallets and bank accounts via Unified Payments Interface or UPI. Even prepaid cards issued by PPIs will be linked to authorised card networks. The new guidelines will come into effect in a phased manner, but the road map ensures a level playing field for all PPI players, still struggling to make good in a fast-evolving digital economy.

Long before demonetisation, a couple of regulatory milestones helped the PPI ecosystem grow and thrive. The first came in 2009 when the RBI allowed non-bank entities to participate in the formal financial system. Then again, in 2013, Immediate Payment Service or IMPS (part of the PPI ecosystem) was allowed to send money to bank accounts. In fact, the value of monthly transactions of PPIs crossed Rs 1,000 crore in May 2014 riding on IMPS volumes.

But the fortunes of m-wallets soared in the wake of the crippling cash crunch when 86 per cent of the high-value currency was taken out of the system during the November 2016 demonetisation and the aftermath brought digital payment firms, especially non-bank m-wallets, into sharp focus. Sensing the biggest kill out there, wallet players expanded their reach through aggressive merchant onboarding, adding to the much-needed industry volume and providing relief to millions of digitally savvy consumers stranded with unusable cash. In the process, the likes of Paytm, MobiKwik and ItzCash became household names.

According to Navin Surya, Chairman Emeritus of the industry body Payments Council of India (PCI), non-bank wallets fall under three distinct business models. The first lot enables domestic money transfers or remittances (to banks via IMPS and also to other wallets); the second group caters to online retailers and consumers, and the third is involved in corporate B2B transactions, providing prepaid cards, meal coupons and gift vouchers - physical or otherwise - to businesses, which are, in turn, handed over to their respective employees and customers.

Money transfers, dominated by a few big players such as ItzCash, Oxigen, Eko and M-Pesa, corner the biggest volume of business to the tune of Rs 11,000-12,000 crore a month out of the total wallet business of about Rs 16,000 crore as of August 2018. Other two segments do business of Rs 2,000-2,500 crore each. Paytm, MobiKwik and Ola Money are key players in the e-retailer-consumer segment, allowing payments for cab fares, restaurant bills, utility bills and other e-commerce transactions for goods and services.

As with many disruptors, all was not hunky-dory with the m-wallets even in their heyday. To start with, one big regulatory/operational hitch continued to plague them - none of the players could operate across all non-bank e-wallets. It meant customers of a specific company could only transact within the operator's network and had to use different wallets for transacting with merchants onboarded by other players.

The initial boom after demonetisation failed to have a significant rub-off either. For one, the government decided to step in early and introduced a slew of UPI-based payment platforms such as Bharat Interface for Money (BHIM) and Bharat Bill Payment System (BBPS). With their ability to access bank accounts, these platforms soon surpassed PPIs in terms of business volume and value. "UPI will change the payments game in India," says Mahesh Makhija, Partner Advisory, Financial Services, at EY. "The virtual private address is convenient to use and allows users to mask the underlying account information. The application programme interface (API) architecture also enables fintech companies to innovate with third-party apps," he adds.

A bigger speed bump hit the industry when the RBI toughened the KYC norms in October 2017. Earlier, validation involved linking e-wallets to a government-approved identity proof. But it was changed to mandatory physical verifications by February 2018, failing which a user could keep only up to Rs 10,000 in wallets. If these 'minimum-KYC' wallets were not converted into 'full KYC' accounts within a year, no credit facility would be available. RBI also hiked the initial net worth requirement for PPIs to Rs 5 crore, from Rs 2 crore, and said that the net worth must go up to Rs 15 crore within three financial years from the date of receiving authorisation. Given these norms, wallet business was expected to fall significantly, but the 50-plus non-bank wallets struggled on and survived, an outcome of merchants pushing aggressively. According to RBI data, transactions recorded by PPIs rose from Rs 14,959 crore in February 2018 to Rs 17,749 crore in September.

Authorities soon realised the need for a sweeping change if PPIs were to play a vital role in an inclusive digital economy. And the RBI guidelines - the fruition of its 2017 master direction where it promised full interoperability in three phases - could not have come at a more opportune moment as the industry has stagnated considerably since the KYC 2.0 norms. "Interoperability is expected to be the third milestone, much like what happened in 2009 and 2013. Earlier, too, the industry had grown multifold and when interoperability is rolled out completely, the ecosystem will see its fastest growth ever," says Surya of PCI. Besides, current UPI-compatible platforms will lose their edge to a large extent as PPIs will gain parity in terms of merchant access and last-mile bank account connectivity. He, however, thinks it will take 12-18 months to see the real impact. 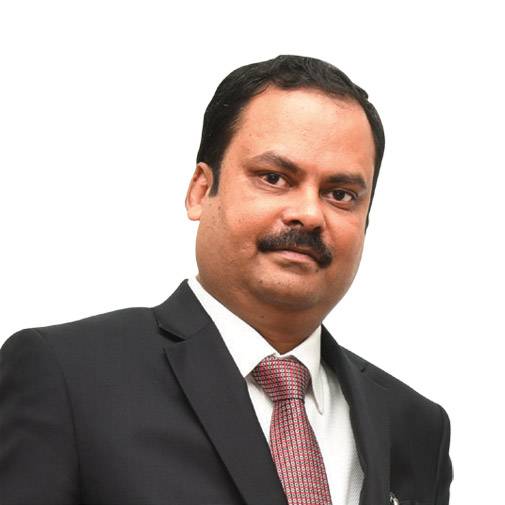 So, what all will change when the new guidelines come into force? Unlike before, PPIs are now allowed to provide consumers with their own handles and issue cards. "A PPI firm can now carry out UPI transactions, which means they can avoid a bank in the middle," says Makhija of EY. "It is similar in concept to open banking in Europe. There, banks store the account information and a loan is booked with a bank, but the entire customer engagement can be carried out by a different player. So, you have these fintech companies who are dealing with customers and at the backend, they are tying up with banks."

According to Manish Jain, Partner, Digital and Fintech, Management Consulting, KPMG in India, "Wallet providers will start acting as quasi-banks, leading to higher scalability and adoption. They will be able to route money to other players through UPI and also issue cards to customers. The only major difference will be the interest paid on accounts."

Jain agrees that "earlier, there were trust issues, but the central bank's move has created a platform for wallet providers to grow and scale."

But the road is not easy as wallet providers will face a stiff challenge from traditional banks and other third-party providers. "They will need to strategise and move from cash discounts and freebies to a more sustainable and revenue-generating business model."

Of course, with demonetisation ruling the roost, quite a few banks, including SBI, ICICI, HDFC, YES Bank and Axis Bank, had launched their wallets earlier but these failed to pick up momentum. "One of the challenges is that they have to improve their UPI experience. If you look at the top apps on the UPI, you will find non-bank players. Customers are using these apps because they are getting cashback. None of the bank wallet apps tops the list," points out Makhija.

Once the new system takes off, customers can transact from any platform, making the reach and presence of non-bank wallets ubiquitous. On the other hand, fees could be levied to operate on another firm's network and monthly transaction limits could be set up similar to that of ATM usage, experts say. Volume and value growth will be possible as interoperability will bring down various entry barriers. For instance, access to merchants happened to be a high entry barrier as the industry was in a closed loop. But with the networks opening up, this is bound to come down.

"Interoperability lowers entry barriers as it opens up access to the merchant ecosystem," says Makhija, adding that the growth of one firm could benefit all in the linked system.

"In the next three-five years, one will see a hybrid model in payments landscape with PPIs and UPI players. Businesses will gradually move towards an interoperable system and one could see digital payment adoption expanding like the ATMs," says Jain.

KPMG's Internal Analysis shows that the share of mobile recharges is likely to decline while e-commerce (including online travel) and physical store transactions are projected to be the largest money churners. The remittance business is also expected to grow at a robust pace.

Since demonetisation, non-bank wallets have made significant strides in transaction volumes and value - 120 per cent growth in volume and 274 per cent in value between November 2016 and August 2018. And the future looks exciting as the new norms are expected to throw open several opportunities.

One essential focus should be money-making, a significant challenge for wallets. "They cannot continue with offers and cashbacks and must look alternative revenue sources. That is why some PPI operators are into lending. They know their customers' entire payment profile. They know how you are spending money and what you are buying. That data can be used to find out if you qualify as a borrower and the information will be passed on to a bank," explains Makhija. Already some wallets and NBFCs have entered into partnerships for this purpose. MobiKwik and Bajaj Finserv have tied up; PayU India has partnered with Reliance Money, and Truecaller wants to enter this space through Chillr, a multibank payments app it has acquired this year.

Citing the lack of innovative products across PPIs, Jain says these companies should look at insurance and wealth management, and act as financial managers for their customer instead of being mere payment facilitators. "It will require wallet providers to adopt a right mix of artificial intelligence/machine learning, Big Data and open banking models in their businesses and technology designs." Nevertheless, there will be initial hiccups. Having completed the full KYC process with aplomb, a lack of Aadhaar-based KYC (as per the recent Supreme Court verdict) might not hurt the industry any more. But the government and all concerned regulators should work towards a centralised KYC (C-KYC) database instead, on a war footing. Another crucial factor is 'stickiness' as switching services from one provider to another costs people very little nowadays. "They are not married to any bank and change service providers in a heartbeat," adds Makhija.

The humongous financial data collected by these companies may pose another threat. The Srikrishna Committee report on data security has already been tabled but "the Global Data Protection Regulation will also reach India, resulting in some stringent regulations regarding information security. I think India will have its specific model," says Makhija. Jain of KPMG concurs, saying that the high value of data fraud, hacking and digital vandalism could be the top entry barrier in PPI 2.0.

Will the new-age PPIs with enhanced services and deeper reach soon become the new face of digital banking in India while traditional banks recede to the backend? It is still too early to predict the ultimate winner, but it is going to be a tough contest involving user experience, reach and acceptance, and security.