It is a truism of investment that high returns go hand in hand with high risk. When the economy is doing well, most investors focus on returns alone, not paying sufficient heed to risk. Mutual funds, which have taken a hit due to defaults by two Essel Group companies, are no different.

The Essel Group companies, to which mutual funds have lent a combined Rs 7,000 crore against debt securities, are now unable to honour some of their immediate term obligations. There has been deferment of payout, rollover and haircuts in arguably the safest product in fixed income. Kotak Mahindra AMC has reportedly informed its investors that it may not be

able to immediately redeem the entire amounts in multiple schemes, while HDFC AMC, India's largest asset manager, has extended the maturity of one of its fixed maturity plans maturing on April 15 to April 29. Last year, too, after Infrastructure Leasing and Financial Services (IL&FS) defaulted on inter-corporate deposits and bond repayments, funds were caught on the wrong foot. The 33 bonds and hybrid funds that had cumulatively invested Rs 2,900 crore in the company suffered losses when credit agencies lowered IL&FS ratings to junk. 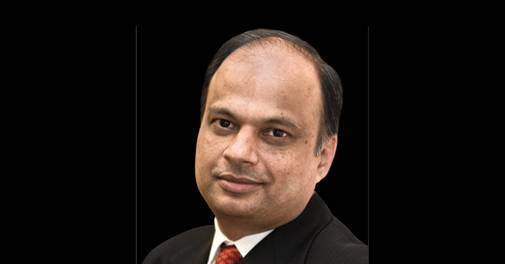 Unfortunately, these are not isolated events. Managers of lakhs of crores of debt mutual fund money - in search of extra returns in a market that has been subdued for years due to a tight interest rate regime - have been chasing riskier/high-yielding debt securities, though staying within regulatory limits. To make things worse, after the IL&FS meltdown, non-banking finance companies (NBFCs) and housing finance companies (HFCs) have been further widening their credit spreads, leading to some degree of concern, given how heavily fixed income funds are invested in them.

"Going down the credit ladder adds to portfolio yield, but it comes with increased risk of default and illiquidity," says Pankaj Pathak, Fund Manager (Fixed Income), Quantum Mutual Fund. The total money invested in income- or debt-oriented schemes is Rs 12,87,388 crore, which is 52 per cent of the total assets under management (AUM) of the mutual fund industry. Debt funds' investment in A and below and unrated securities has risen from 4.48 per cent of their total assets in the June 2017 quarter to 6.53 per cent in the December 2018 quarter. Correspondingly, their investment in AA and equivalent securities has fallen from 13.61 per cent of the total to 11.42 per cent during the period.

This move towards riskier securities may give funds higher yields but has got experts worried. "If an instrument offers a significant spread over the ones that are AAA-rated, the fund manager should identify the source of the yield advantage," says R. Sivakumar, Head (Fixed Income), Axis Mutual Fund. "He should only invest in companies with strong underlying fundamentals."

Liquid funds - those with no lock-in period - are prone to sacrificing safety for higher yields. Most recent cases of default have been by liquid funds. It has been found that liquid funds today invest around 60 per cent of their assets in private sector companies, and only the remaining in government securities, and a sizeable chunk of those companies are not AAA-rated. Moreover, a third of their private sector investments is in instruments issued by NBFCs. "Sometimes, the liquidity and credit quality of these instruments are not commensurate with the liquidity and safety objectives of a liquid fund," says Pathak of Quantum.

An important aspect to consider while evaluating a fund is how concentrated its investments are. Concentrated risk can be detrimental to a portfolio's performance, as it can magnify the fallout from a negative credit event and skew portfolio returns. "A fund with credit risk but not concentrated in a limited number of instruments may be less affected than a fund with less credit risk but high concentration in a few instruments," says Vidya Bala, Head - Mutual Fund Research, FundsIndia.com. "This is where risk mitigation, and the structures funds have in place to reduce the risk arising from credit and liquidity issues, matter more than the credit holding per se." Sivakumar maintains that Axis Mutual Fund is careful to avoid concentrating its funds. "Typically, we do not invest more than 10 per cent in a single group of companies," he says. "We also ensure we do not allocate more than 3-5 per cent of our funds in AA-rated securities, and even less, say, 2-3 per cent, in A-rated ones." Another vital factor is the fund's liquidity. If an unexpectedly large number of investors suddenly want their money back, can the fund handle it? Experienced fund managers keep conducting stress tests on their portfolios to check for liquidity. "A certain proportion of the fund could be invested in highly liquid instruments," says Sivakumar. "By investing a certain percentage in 18-36-month maturity instruments, for example, we ensure that every year we have a part of our portfolio maturing, providing ample liquidity to the fund."

There are other safety nets, too. The Securities and Exchange Board of India (Sebi) allows mutual funds to borrow 20 per cent of their AUM to meet short-term liquidity needs. In December last year, it also permitted "side pocketing" - moving stressed assets into a segregated portfolio - so that liquidity demands don't choke the remaining AUM, and redemption continues on the more liquid assets.

But there are still chances of liquidity being hit if fund managers aren't careful. "A mismatch in preferred investment tenure and market segmentation among mutual funds, banks and insurance companies is inherent," says Dhawal Dalal, CIO (Fixed Income), Edelweiss Asset Management. "A 10-year AAA bond of a public sector enterprise will enjoy better liquidity in the secondary market than its two-year bond which may also be rated AAA," he says.

Ultimately, no investment is without risk. In particular, the perception that debt funds - unlike equity funds - are impervious to risk is misplaced. Debt mutual funds invest in debt instruments that lie at different levels on the risk spectrum. Sovereign funds, underwritten by governments, have the least credit risk, though even these carry interest risk and to some extent, liquidity risk. Corporate debt funds face higher risk. "The nature of the fund denotes the quantum of each of these risks," says Lakshmi Iyer, CIO (Debt) and Head (Products), Kotak Mutual Fund. "In the case of liquid funds, for instance, the investments are usually in short maturity, high grade instruments, which are consequently high on liquidity. The risks are on the lower side. A credit risk fund, in contrast, tends to invest in corporate bonds across the rating spectrum, placing it a tad higher on credit risk, but lower on interest risk as the investments are made in low to moderate maturity assets."

Should rating agencies be blamed for not seeing the warning signals at IL&FS earlier? "Ratings may not exactly reflect the credit position of a company at all points of time," says Santosh Kamath, Managing Director and CIO, India Fixed Income, Franklin Templeton.

"Typically, the rating cycle is one year. Thus, ratings move with a bit of a lag, and may not immediately respond to marginal news flows in the intermittent period." This simply means that however high the credibility of the rating agency may be, the ratings cannot be trusted blindly as these are ultimately based on an external analysis. They should be considered a reference point while the fund manager conducts his own analysis.

"While credit fund investments and market pricing are based on credit ratings, the rating agencies' revenue models along with their ability to closely track issuer financials and change their ratings in time has been questioned repeatedly," says Rajesh Cheruvu, CIO, WGC Wealth.

Kamath of Franklin Templeton feels that analyses can differ: "Rating agencies may differ in their assessment and treatment of the various parameters used for evaluating a financial instrument or a company. Some rating agencies may be slightly more aggressive than others on a case-by-case basis. They have been doing a good job so far, but ratings cannot be looked at in isolation. Fund managers need to understand when a rating was given, the market environment and news flows at the time, and most importantly, whether the analyst bias was aggressive or conservative."

The cost of refinancing - and the company's access to it - should also be considered. "Many large borrowers don't generate sufficient cash from operations to repay debt," says Dalal of Edelweiss.

Fund houses have internal rating systems as well, but use them only up to a point. "Most managers claim that they have internal rating mechanisms to assess risks with issuers, but allocations are still largely done on the basis of ratings assigned by rating agencies," says Cheruvu of WGC Wealth. In an increasingly competitive field, however, it is the funds whose managers have the judgement and expertise to see beyond the rating that will win. "Fund managers seek to identify companies where they think the rating should be higher than what they currently have," says Kamath. "Investing in such companies gives the fund the primary advantage of a higher yield. And if the company gets upgraded in due course, there are capital gains to reap as well." No doubt there are also companies with higher ratings than what they deserve.

If debt funds manage their risks well, investors are on safe ground. But if the chase for higher yields leads to unmanageable danger, there will be a breach of trust and investors will pay a heavy price. The recent events in the credit markets point to a larger malaise, one which needs to be addressed by the industry.