Even if the government decides to go ahead and issue sovereign bonds in foreign currency, its rising borrowings will continue to put pressure on liquidity in the domestic market 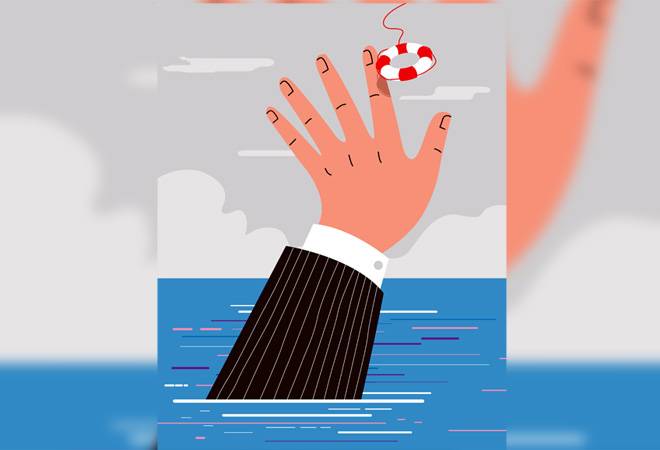 On July 20, Argentina moved towards an effective default after failing to reach an agreement with vulture funds demanding full payment of their $1.3 billion dues. This is its second brush with a sovereign debt crisis since 2001/02 when it too had been engulfed by what was then called the Latin American contagion, a direct result of huge foreign currency borrowings that the countries in the region had made in order to finance their deficits and huge infrastructure projects in last few decades of the 20th century.

A fear of a repeat might be playing on the minds of economists watching Finance Minister Nirmala Sitharaman's Budget speech on July 5 where she announced an intention of going for foreign currency borrowings in order to finance the government deficit that has ballooned over the years, mainly because of huge spending on infrastructure and welfare schemes. The purported aim of the step was to ensure that a bigger chunk of domestic liquidity is available for the private sector, facing a serious funds crunch. Media reports even suggested that the first tranche of these bonds would be issued as early as October.

But the script changed. On July 24, the Appointments Committee of Cabinet transferred Finance Secretary Subhash Chandra Garg - who was given the job of drafting the maiden Budget of the Modi 2.0 government with a brief to lay down the path that can make India a $5 trillion economy in the next five years - to the power ministry. One reported reason for this was the Budget proposal go for foreign currency borrowings to ease liquidity and interest rates in the domestic market in order to get economic growth going. The other was the fact that the Union Budget's revenue figures did not match with those in the Economic Survey presented to Parliament a day before. There was a Rs 1.7 lakh crore hole in the Budget papers. The next day, Garg exited North Block and sought voluntary retirement. If we connect the dots, one thing comes out clearly - government revenues are not rising at the pace it wants us to believe, a fact that was behind the foreign borrowing proposal. As Rathin Roy, a member of the PM Economic Advisory Council, put it: "India is going through a silent fiscal crisis." The proposal to borrow abroad brought into focus the fact that the government has limited options to raise money. It can either spend less or borrow more. Considering that the country's growth over the last few years has been fueled majorly by public spending, the only option is to borrow more, and this is exactly what the government has been doing (see No Let-up). A recent presentation by the Comptroller and Auditor General to the 15th Finance Commission said the government had been understating the fiscal deficit by skipping off-Budget borrowings and expenditures. The sovereign, it said, would need roughly Rs 11,40,367 crore, not the Rs 6,45,347 crore estimated in the Budget in 2019/20, to meet its commitments. This is good enough to choke the domestic debt market.

Garg proposed external borrowings to ease this pressure, though he did not account for opposition to the move from people from as diverse backgrounds as Roy, former RBI Governor Raghuram Rajan and even RSS think tanks such as the Swadeshi Jagran Manch (SJM). "There are reasons that the successive government didn't opt for these options earlier, despite the temptations. The debt in foreign currency is like a drug. You like it at first, but when it becomes a habit, it destroys you," says Roy. He teamed up with SJM National Co-convener Ashwani Mahajan and met the RSS number two, Suresh 'Bhayiya ji' Joshi, at the SJM's RK Puram headquarters. Subsequently, the PMO convened a meeting with a group of economists. The government has now asked the Reserve Bank of India (RBI) - India's sovereign's debt manager - to review the proposal. The RBI's 21-member board will meet on August 16 to find alternatives to the risky proposition. There is talk that the government may go for such borrowings in small tranches. 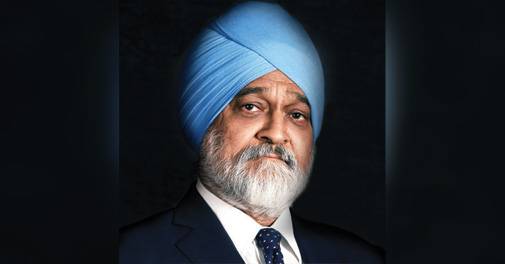 But whichever way the wind blows, there is every chance that the government's fiscal woes will worsen in the coming quarters considering the slowing economy (GDP growth fell from 7.2 per cent in 2017/18 to 6.8 per cent in 2018/19), which is already leading to a revenue shortfall (2018/19 GST collections were short by Rs 1 lakh crore-plus), tanking stock markets (which will hit disinvestment plans), its commitment to massive welfare programmes and, most of all, its lack of initiative to sell or shut loss-making PSUs in which it keeps pumping in huge amounts year after year. The government has few options left to fund itself.

The government needs more funds to supplement the shrinking domestic savings. Gross domestic savings fell from 33.8 per cent of GDP in March 2012 to 30.5 per cent in March 2018. In the long term, a country can raise money to stabilise its fiscal situation in many ways - expenditure reforms, lowering inflation/interest rates, deepening bond markets and boosting consumption. But in the short run, India has three options - issue more rupee bonds instead of foreign currency bonds; use RBI surplus to capitalise public sector banks; and lower the capital adequacy ratio (CAR) of banks.

Former Deputy Chairman of the erstwhile Planning Commission, Montek Singh Ahluwalia, says if the government wants to bring in more money, the best option is sell Indian rupee bonds. RBI rules cap foreign portfolio investor investment in government securities. The effect of issuing more rupee bonds will be the same as what will happen if foreign currency bonds are issued - more foreign money inflows, pressure on inflation and deprecation of currency - but the transaction will be in rupees and so there will be no currency risk. "Foreign funds are an option when the economy is growing at a healthy rate and investors are more than keen to pump in money. I doubt this is the scenario right now," says Ahluwalia. At present, foreign ownership of government securities is around 4.5 per cent, whereas the limit is 6 per cent. Ila Patnaik, former principal economic advisor to government, says if foreign capital flows are liberalised for rupee debt, increasing or lowering the policy rate will have a bigger impact on the exchange rate. "It is all about weighing the pros and cons and determining the lesser evil," an RBI board member says on condition of anonymity.

The other options to increase liquidity are domestic but involve policy challenges. One is tapping into the RBI surplus. The issue of how much RBI surplus can the government take is being looked at by former RBI Governor Bimal Jalan, who is expected to table the report before the next RBI board meeting. Incidentally, it was Garg who had opined that the buffer of 28 per cent gross assets maintained by the RBI was way higher than the global norm of around 14 per cent. Till the end of June 2018, the RBI had reserves of Rs 2.3 lakh crore along with unrealised (or valuation) gain - described as currency and gold revaluation account - of around Rs 5.3 lakh crore. The SJM says the sovereign owns the RBI reserves and they must be transferred to the exchequer.

Reports suggest the committee is set to recommend the transfer of reserves but is still discussing if the transfer should happen in one go or in tranches. "The government can use this money to capitalise banks and improve liquidity," says Mahajan.

The third option before the government is to not adopt the BASEL-III norms for banks and instead lower the CAR. At present, the banks are required to keep 9-12 per cent of capital to risk weighted assets. The global standard is 6-8 per cent. But lowering the CAR will not be easy as India has already committed to the stricter BASEL-III norms. "When the US and western countries themselves are not binding themselves to these adamant norms, why should India do so?" says Charan Singh, Chairman of Punjab and Sind Bank. "If Indian capital can resolve India's solutions, why not?"