More signs of an economic slowdown are emerging. Up until the first half of fiscal 2018/19, the Indian economy was holding on despite the twin shocks of DeMo and GST. At least two of its engines - public investment (government investment into infrastructure and development) and internal consumption (goods and services consumed) - were still firing on all cylinders. The other two - private investment (private sector investment into new projects) and external consumption (exports of goods and services) - had gone kaput quite some time back. It was a clear sign that antibodies in the economy were still at work.

Just then, something gave in. Consumption tanked in the second half of 2018/19. Suddenly the 2:2 engine changed to 1:3 as the slowdown began tightening its noose around the Indian economy. The sole engine of public expenditure slowed considerably in the second half and the Centre slammed the brakes on capital expenditure when it realised it had over-committed on new schemes such as PM-Samman (PM Kisan Samman Nidhi Yojana) and PMJAY (Pradhan Mantri Jan Arogya Yojana).

There were indications too that the tax revenue will be short of target by over Rs 1 lakh crore. The yawning gap between income and expenditure would have worsened the fiscal deficit beyond the 3.4 per cent mark. No economy can run on a single engine, especially when that too is sputtering.

Finally, the Ministry of Finance, of which Arun Jaitley is the minister, acknowledged the slowdown in its monthly economic report (MER) on May 1. "India's economy appears to have slowed down slightly in 2018/19. The proximate factors responsible for this slowdown include declining growth of private consumption, tepid increase in fixed investment, and muted exports," says the FinMin's MER. 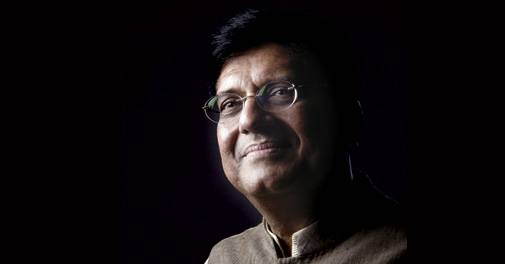 In a recent interview with Business Today, Railway Minister Piyush Goyal said the government had spent a lot on infrastructure, and built strong fundamentals, which would bear fruit in the future. "There is not much of a slowdown. There is some base effect and generally people reduce their consumption level just before elections. There are some effects of global scenarios. In the last five years, we have strengthened the fundamentals of the economy, and in the future, we envisage only one-way growth," he said.

Though it may seem that the slowdown has appeared unexpectedly in the past two to three quarters, five-year indicators prove it may have been building up over a few years since several indicators of the economy have been on a downward spiral since then.

Clearly, job creation in the economy has come to a standstill as EPFO data shows a 26 per cent fall in average monthly job creation since October 2018. According to CMIE, in 2017/18, compensation to employees grew at 8.4 per cent - the slowest pace in eight years. In 2013/14, it was 25 per cent.

Services, which account for more than half of India's economy, also slowed to a seven-month low in April 2019. The Nikkei's Services Purchasing Managers' Index (PMI) dropped to 51 in April, lower than 51.6, the average for 2018, indicating a downturn in the sector.

Meanwhile, two vital engines of the economy - exports and private investment - failed to pick up. India's exports, which had peaked at $314.88 billion in 2013/14, declined to as low as $262.2 billion in 2015/16 before recovering partially to $303.3 billion in 2017/18, though still way short of the 2013/14 levels. Basically, India squandered away the opportunity to increase exports when global trade grew at a healthy 3-4 per cent per annum after nearly a decade of a debilitating slowdown.

In 2018/19, exports are projected to be a shade over $331 billion, barely 5 per cent higher than the 2013/14 numbers. India clearly missed the bus when the world economy was on an upswing.

The fourth and the most damaged engine - private investment - is in a bad shape. Fiscal 2018/19 saw new investment proposals at barely Rs 9.5 lakh crore, the lowest in 14 years since 2004/05, dramatically lower than an average of Rs 25 lakh crore in the period between 2006/07 and 2010/11. With average capacity utilisation still in the early 70 per cent range, private investors are not confident of investing fresh capital as demand is yet to pick up. "Capacity utilisation is improving but there is still a capacity overhang," says Crisil's Joshi. 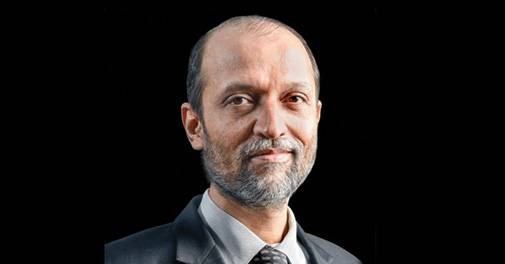 Troubles in sectors such as metals, power and telecom are unlikely to get resolved any time soon, which will delay fresh private investment.

According to CMIE, while private investment usually accounted for two-thirds of the total investment in the economy, since 2014, this share fell drastically to just 47 per cent by 2018/19, indicating that economic growth was being dragged along primarily by public expenditure. "Public expenditure cannot be the sole driver of the economy. It can't support the recovery," says Ranade.

What eventually pushed the economy over the edge, however, was the downslide in consumption. All along, India's consumption economy was defying gravity. "Consumption was growing not because of an increase in income or more jobs. It was because Indians have been saving less. Savings have fallen from 25 per cent to 17 per cent of GDP in the past five years and borrowings risen from 9 per cent to 11 per cent," says the chief economist of a leading bank. But the past few quarters have been stressful; particularly because of the liquidity squeeze among NBFCs whose loans have been major drivers of consumption.

A clear example of this is the passenger car industry, which grew just 3 per cent in 2018/19, the lowest in five years. Car buyers' sentiment has tanked in urban markets over the past three quarters. Maruti, which sells one out of every two cars in India, reported an 8 per cent drop in urban sales in the fourth quarter. Rural car sales are still positive, but slowed to just 2 per cent as against 15 per cent in the third quarter.

Further evidence comes from CMIE's consumer durables index for December 2018, which was at its lowest in the past year. "Consumption tends to be the last one to be affected. Its momentum is sticky so it lasts a little longer," says Ranade.

Evidence from the financial services industry suggests a similar trend. The central bank reported an over Rs 1 lakh crore fall in bank credit in the latest fortnight of April.

That leaves the incoming government with limited options at hand except pushing public expenditure even harder. It will have to do that in the hope that it will have a ripple effect on downstream sectors of the economy, which may drive consumption back up. Private investments would also need to be encouraged in sectors where capacity utilisation is beginning to near the 80 per cent-mark, such as commercial vehicles. And exports will need to perk up to give an overall momentum to the economy. "We have an opportunity in textiles, apparel, pharma and tourism," says Ranade. 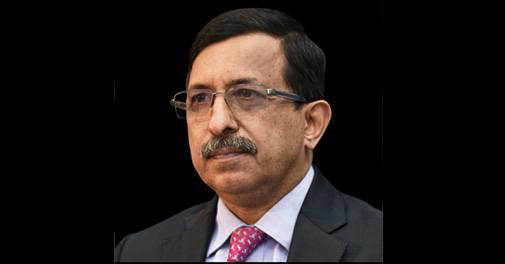 There is still a ray of hope. "It's still possible to recover in 2-3 quarters," says the chief economist of a leading bank. "It depends on how fast the new government gets into action." There is at least Rs 1.2-1.3 lakh crore of cash surplus with the Centre and states which is held up due to elections, but will be available for public expenditure post-elections. But this will have limitations too. No government can afford a higher fiscal deficit by splurging further. "I don't think the new government can be comfortable at all. The fiscal situation, monsoon deficit, crude oil prices and inflation will be the biggest worries," says Ranade.

"There is not much space left to pump-prime the economy," says the chief economist of a leading bank. "Neither the fiscal policy can stimulate, nor can the monetary policy be stimulating right now." Desperation will not help.

The Centre will have to do the right thing - and be patient.