What We Need For Solar's Long Boom 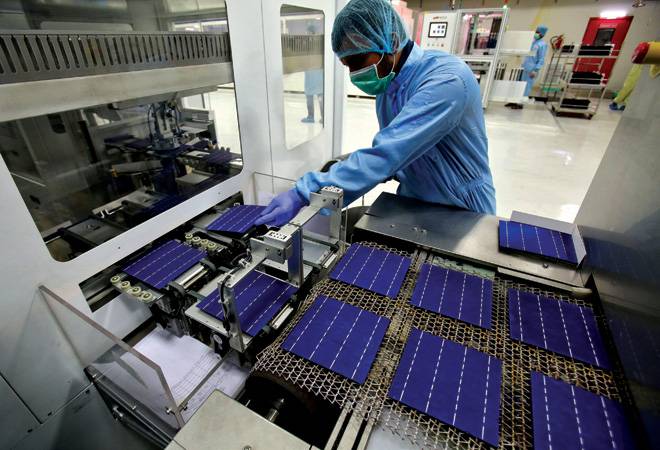 The past decade has seen countries take significant strides to reduce their dependence on fossil fuels and explore sustainable sources for power generation. The predicted jump in global warming, the subsequent climate change and the concurrent depletion of fossil fuels have given rise to the urgent need of finding alternative energy sources, resulting in nations combining forces to find substitutes for gas, oil and other conventional sources.

India took a major initiative and became a front runner in this transition, announcing an ambitious renewable energy target of 227 GW by 2022, with 100 GW to be generated through solar power. However, as a developing country, with the second highest population in the world, it faces an uphill task marrying this transition with a sustainable future.

We have evolved as a solar-reliant nation over the years and the sector has seen exponential growth. Cynics might disagree, but India is well on its way to attaining renewable objectives. But whether the government will achieve its renewable targets largely depends on the success of solar power.

The country's solar installations in CY2017 saw the addition of 9,629 MW in new large-scale and rooftop solar capacity. Also, India's total solar power capacity is expected to account for 8 per cent of the global solar capacity by 2035. According to Mercom India, a clean energy communications and consulting firm, India has recently achieved 25 GW of installed solar PV capacity, a significant rise from 17.05 GW in December 2017. We still have a long and arduous road ahead of us to achieve the remaining 75 GW in the next four years, but the future looks bright.

Constant support from the government is one of the de facto reasons that helped grow the solar power industry into a leading sector. The recent implementation of the safeguard duty on imported solar panels is also expected to accelerate this growth journey and support domestic manufacturers in raising their market shares. India has always been considered a lucrative market for dumping imports. And the solar industry is no exception, given the huge demand for solar modules at lower price points. However, this provided a much-skewed environment for domestic manufacturers wherein they were unable to showcase their capabilities. The implementation of 25 per cent safeguard duty gives the necessary boost to domestic manufacturers of solar modules and provides them with a level playing field. The safeguard duty will also ensure energy security and motivate Indian manufacturers to become active partners as India transitions to becoming a renewable energy-reliant country. It may also encourage global manufacturers to set up facilities in India.

As with any change, there have been dissenting voices concerning the safeguard duty that has stalled or delayed projects. A recent example could be the extension by Solar Energy Corporation of India for its 10 GW solar tender after getting a lacklustre response in the first round. However, such issues will get ironed out in the long run. The safeguard duty provides a conducive environment for manufacturers to bring forth all required innovations, product efficiency and quality. It will also usher in more investments in R&D and development of disruptive technologies.

Another aspect that the industry should look into is the confusion around Goods and Services Tax (GST). According to a Mercom India report, there is still uncertainty regarding the rate that needs to be applied for providing engineering, procurement and construction (EPC) services. Moreover, there are conflicting advance rulings in different states as they mandate either 5 per cent or 18 per cent GST on turnkey EPC services. The central government needs to clarify it as soon as possible. Such indecisive policies over the past two years have resulted in a shadow looming over the sector as it has kept many developers and stakeholders doubtful about the future, thus delaying investment decisions.

The average time for completing a solar project is a year or two. But the recent rapid depreciation of rupee against dollar has posed a big challenge for developers as most solar cells and modules are imported. As per Mercom India, we are a nation where the difference of a few paise results in the loss of projects. In fact, during the current calendar year, the rupee has seen a fall of 15 per cent, putting the solar industry in a quandary regarding imports and exports. The devaluation of rupee is not only expected to affect the prices of cells, modules and inverters but also other auxiliary components such as structures and cables as metal imports get dearer, resulting in further price fluctuations.

Although the government of India has been a supportive partner, there is still a need for policies to be declared for longer term, for example, a minimum of 10 years, to enable more certain investment decisions.

Availability of finance is another major constraint that hinders the solar PV sector. Although major lines of credit are available from PSU banks, lack of domain experience and limited availability of performance track records of commissioned plants result in financial institutions asking for more collateral than necessary.

The rapid growth of solar PV installations in India is also causing strain in the grid distribution infrastructure and destabilising the grid. It needs an immediate resolution to avoid roadblocks to the commissioning of new projects.

The solar industry in India has grown rapidly over the years and with the right kind of support from the government, it has the potential to become a leading player globally. Long-term policies will also ensure a better investment inflow. All these will cumulatively help in developing the ecosystem, propelling it to the forefront of solar PV installations.