Artificial Intelligence is taking computers to the frontier of human thought - and helping drive solutions and growth in multiple industries. 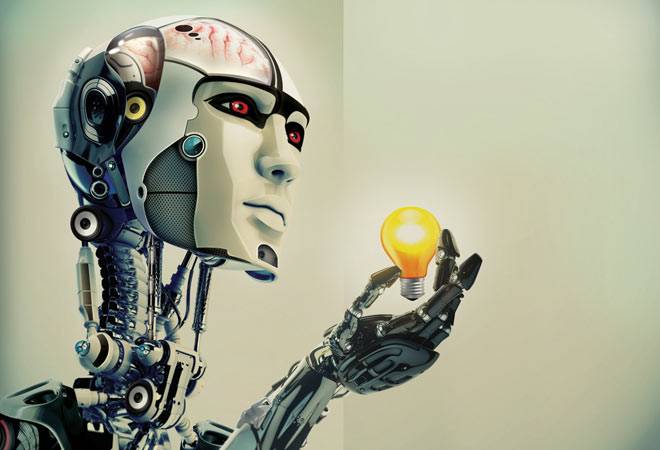 It is May, 1997. "At one game each and three draws into today's final match, in which Deep Blue has the advantage of making the first move, the future of humanity is on the line?," a CBS News anchor intones dramatically. You would be forgiven for thinking we're talking about a sci-fi movie, in which strange, blue-hued alien scum are about to enslave or, worse, obliterate humans. But for chess aficionados, the phrase 'Deep Blue' has an unmistakable recall - of the defeat of the seemingly invincible and then undisputed world chess champion Garry Kasparov of Russia by IBM 's supercomputer named? you guessed it, Deep Blue. The iconic picture of Kasparov with his head held in his hands in defeat said it all. Post-match allegations of cheating by the great grandmaster could not alter the new reality: a machine could actually 'out-think' a human, in even as analytical a game as chess. 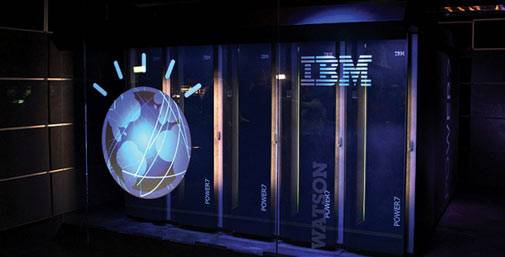 The technology that underlines these feats is called artificial intelligence or AI - IBM calls its version cognitive computing - and as Watson demonstrates, it goes much beyond playing games. "The defining problem of our age is to create solutions to some of the most pressing problems of the world leveraging cognitive computing technologies, harnessing deep learning, harnessing the computing power and even dedicated hardware being created for cognitive computing," says Nanda Kambhatla, IBM Distin-guished Engineer, Cognitive Solutions & Services India/South Asia. "Today, more and more developers, start-ups, enterprises and individuals are embracing a plethora of applications imbibing different aspects of cognitive computing."

The AI is an area of computer science that emphasises on the creation of intelligent, smart machines that can work and react like humans. In other words, machines that can react to their environments by churning and analysing huge amounts of data, interpreting them and, using self learning algorithms, take decisions the way humans do. So far, the big difference between intelligent machines and humans has been of general intelligence. But that gap, too, is narrowing with computers actually being developed to recognise emotions on human faces and react accordingly.

Today, AI has been put to use in various industries. Starting with controlling automated processes of manufacturing plants such as automobile factories, AI now contributes big time towards robotics, healthcare, automation and financial services, among many others. US-based market intelligence firm Tractica has pegged that the AI market for enterprise will increase from $202.5 million in 2015 to $11.1 billion in value by 2024.

"Tailored music recommendations, voice recognition, email spam filtering, web search predictions, Google Translate, Facebook Newsfeed, self-driven cars are all examples of artificial intelligence," says Akhilesh Tuteja, Partner and Head, IT Advisory Services, KPMG in India. "As technology evolves and the use of AI increases, the society at large will benefit greatly from this technology especially in terms of efficiency." Adds Hemant Joshi, Partner, Deloitte Haskins & Sells LLP: "AI is in its nascent stage and there is a huge requirement of funding in R&D. Predictive and advanced analytics will play a major role in the future of AI. Military applications will get funding and priority from the government, but other areas will increasingly have AI proliferation."

The Long Arm of the Machine

Consider this: The implant in your body detects something wrong in your blood sugar level and suggests you go for a health check-up. Your smartphone automatically checks your schedule and books an appointment with the doctor. An hour before the appointment, sensing the traffic on the roads, your phone reminds you about the check-up, and your driverless car arrives at the driveway to take you to the clinic. The humanoid sitting at the clinic's reception greets you with a smile, scans your retina and directs you to the doctor. As you enter the cabin, all your reports (including the results measured by the implant) pop up on your doctor's console. Even as the doctor speaks, the examination results are uploaded to your smartphone through the cloud in parallel. With the prescription, too, uploaded on your smartphone, this smart device in tandem with your implant reminds you every time you forget to take your medicine. 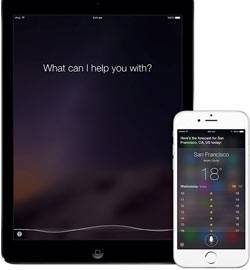 VOICE ASSISTANT: Apple's Siri, Google Now and Microsoft Cortana are popular voice assistants on smart devices.
Too far-fetched, you think? Nah. Think again. Much of this is already happening - voice search, driverless cars, retina scans, Big Data residing in the cloud, even humanoid receptionists have started sprouting. And AI has a big role to play in all of this. Started in the 1950s as a futuristic science discipline, AI is today being used by major tech companies at the application level to do previously unimaginable tasks. The IT industry's biggest names, including Apple, Google, Facebook and Microsoft, have all invested heavily in research of AI.

From Google Search to Google Now to Google Glass and the driverless car project, everything uses AI. Recent news report hinted that Apple is planning to hire 86 artificial intelligence experts. Facebook has three AI labs focused on understanding the meaning of what people share. A piece of AI from Microsoft's stable is Cortana, an intelligent digital personal assistant that comes with the company's Windows operating system across devices such as PCs and smartphones. Recently, Microsoft tied up with China's local search engine Baidu, making it the default page for its browser in China, instead of its own Bing. This tie-up might help Microsoft with its AI research as Baidu has recently entered into the AI space by creating a supercomputer that aims to use software to understand humans better. 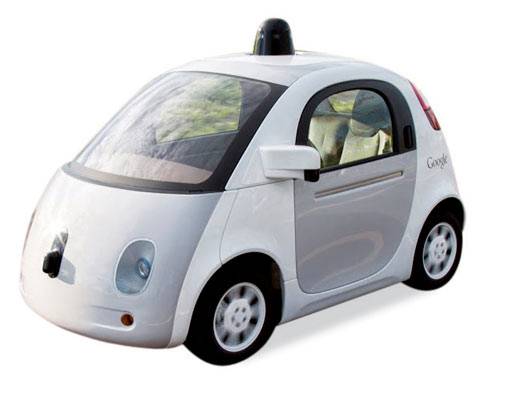 DRIVERLESS CARS: Google, BMW, Renault, Toyota, Mercedes-Benz, Nissan and other auto industry majors are working on such prototypes.
In transportation, Google is perhaps the most recognised name for developing a driverless car, but there are several other car companies in the fray as well, including Nissan, Mercedes-Benz, Renault , BMW , and others. Recently, Toyota too announced a plan to invest $50 million over the next five years to develop artificial intelligence for driverless cars. Such cars, also called autonomous cars, can traipse through traffic signals, intersections and oncoming traffic, thanks to an array of maps, cameras and radars. And, of course, a central, 'intelligent' computer network that manages the vast amounts of data and takes decisions that move the car.

Another well-known area that AI is used is the healthcare sector, where it helps in diagnostic, medical examination, operation and treatment of diseases. Researchers at Canada's Western University are hoping that AI can help treat breast cancer patients. AI was used as a tool to predict drug outcomes based on the personal genetic analysis of patients' tumours, because patients with the same type of cancer can respond differently to the same medication. Detection and prevention of life threatening diseases and smart personal assistants for differently-abled people are the future applications for medical science. Aipoly, which is currently in beta testing, is a smartphone app created by Marita Cheng, Alberto Rizzoli, and Mark Parncutt at Singularity University and will work as an intelligent assistant for the visually impaired by reading out aloud - using speech-to-text technology - and provide real-time descriptions of images captured. DEEP BLUE: The defeat of the seemingly invincible and then undisputed world chess champion Garry Kasparov of Russia by IBM's supercomputer was a turning point. (Photo: Reuters)
Finance, ecommerce and customer relationship are some other fields that are riding on AI. Financial decisions about money investments that were earlier taken by humans will be taken by machines. Sometime ago, wealth management firm Charles Schwab launched a new service called Schwab Intelligent Portfolios, which does the same. AI is eliminating middlemen for buying, selling or trading stocks. Machines are being used to monitor events and stock and bond price trends against the user's financial goals and personal portfolio. Robo advisors - from companies such as Betterment, Wealthfront, and Vanguard are becoming popular as they provide algorithm-based wealth management advice.

Customer service is another area where AI will be put to use to deliver a better caller experience and reduce operational costs. For example, Wipro is implementing an AI-driven customer helpdesk management solution called HOLMES, for Nexenta, a global Open Source-driven Software-Defined Storage (OpenSDS) firm. HOLMES has been developed after four years of research and is built on an open-source technology. Used to automate industry specific business processes, it leverages semantics, machine learning, pattern recognition and knowledge modeling technologies.

IBM's Kambhatla says cognitive computing-driven applications have a core learning component. "They get better over time through interactions with humans; they learn how to respond better or solve problems." Now, that is a double-edged sword. Eminent physicist Stephen Hawking has warned of the dangers of artificial intelligence, saying "development of full artificial intelligence could spell the end of the human race". Many others have expressed similar views, including AI evangelists like Elon Musk of Tesla Motors, who called AI humanity's "biggest existential threat". A conference of AI specialists with economists, and experts in law and ethics reportedly predicted that machines would reach full human ability by 2050. That's not necessarily a very comforting thought.

"The future of humanity is on the line?," you can almost hear the echo of the news anchor's voice. But that is another story.

Financial inclusion need not be pushed beyond a limit: Raghuram Rajan

DLF promoters to sell 40 per cent stake in rental arm