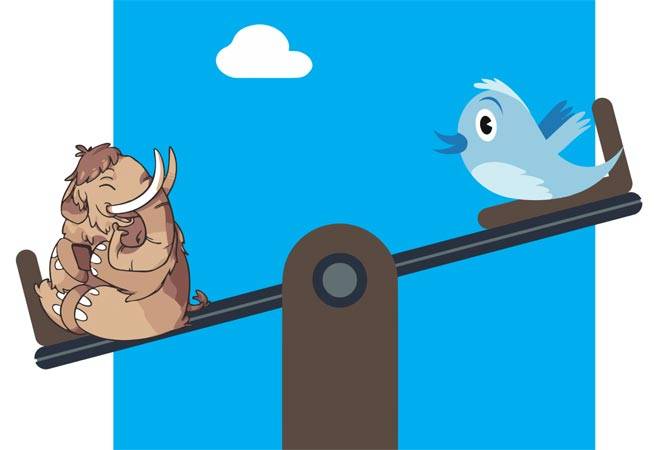 When Swati, an architect, joined Facebook in 2010, she was thrilled at the prospect of reconnecting with old friends from school and college. Today, her timeline shows posts from people she does not recognise and utterly distracting ads of products. As a result, she seldom checks her Facebook account. A lot of users echo similar thoughts. Even Twitter, once hailed as the decentralised platform for people to follow celebrities and be heard, has lost its utopian charm.

Prathap Suthan, Managing Partner and Chief Creative Officer, BangInTheMiddle, quips that the 'social' part of these platforms has disappeared and the 'media' has taken over. So just like in any media business, the end motive is profit. "Now the organic reach of the content is low which means merit has no place on the platform. Anyone who has money to 'boost posts' can get likes and shares," he says.

Newer social networks that promise decentralised, open source platforms are catching up fast. Mastodon, for instance, is being described as 'the perfect Twitter' with no place for trolling, abuse and ads. Since its launch in October 2016, Mastodon has 7,03,000 users on board as per digital agency VML. Minds, which combines the features of Facebook, Twitter and blogs, sees three million users a month since its launch in June 2015.

Will Facebook and Twitter feel the heat? Siddharth Deshmukh, Associate Dean, MICA, does not think the newer platforms will necessarily replace the existing ones, because a lot depends on the community each is targeting. Before Facebook came in, there was Hi5, Friendster, MySpace and Google's Orkut. "Facebook became popular for its aspirational value and the joy of getting insights into other people's lives," he says. Twitter got famous for it got everyone within reach. But then, ads got in the way.

As these platforms became huge, they started observing and recording people's preferences - what they eat, drink, read, like, etc - to build profiles for targeted ads and in turn get better ad revenues from businesses. This very intrusion and invasion of privacy is repelling users across the globe, says R.P. Singh, Regional Head of Media & Content, ASEAN & India, VML. "People don't want this constant surveillance where their moves are tracked and then sold like products to companies. Everyone is looking for safer social avenues to communicate and be connected," he adds.

Mastodon and Minds have leveraged users' discontent with social networks and taken user ownership to a new level. Mastodon calls itself a "decentralised alternative to commercial platforms", which "avoids the risks of a single company monopolising your communication". It has chronological timelines - unlike algorithm-based content - privacy settings for each post, absolutely no ads and no tracking. Similarly, the back-end of Minds is encrypted; the platform "has zero knowledge of the content of your messages".

This offers users complete anonymity, the way it is preferred. Because they don't track any data or activity of people they don't monetise users. "Mastodon and Minds empower users by giving them space and privacy, and treat them as customers," Singh adds. In the spirit of 'being social' they reward people with points when users like a post, publish a blog, or get a comment on their posts.

While Facebook and Twitter may be capturing all the data points, they aren't 'listening' to their users, says Singh of VML. As alternative networks spring up, it's time the two giants did some serious introspection.

Sebi imposes restrictions on 331 suspected shell firms: What will happen to them?