With Apple's resounding relaunch in the music space, the tempo has changed for streaming services. 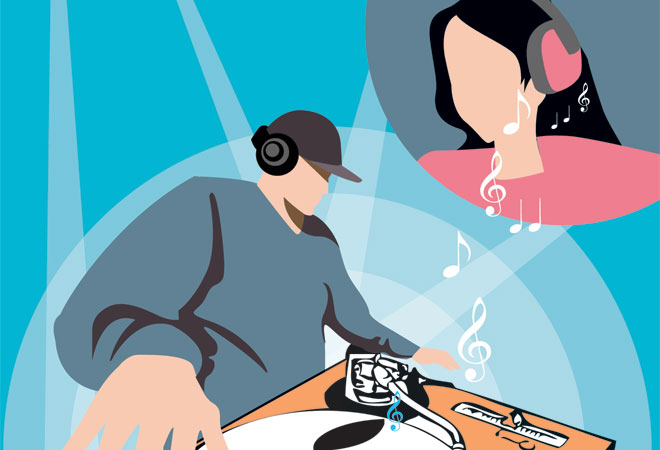 In 2003, Apple's iPod changed the way the world listened to music. Now the company is trying to stir a second musical revolution through Apple Music, which officially sounded off on June 30 with a free three-month trial. The new launch has already made Google change its beats. Just a few days before its launch, the search giant hastily added a free tier to its subscription-based Google Play Music app in the US.

Already reports are filtering in of users ditching Spotify and SoundCloud to try out Apple Music. Will it be able to cause a mass scale migration? According to Jason Mander, Head of Trends at British consumer research firm Global Web Index, Spotify is the global leader in terms of monthly users, though in APAC, and in markets like India, SoundCloud is ahead. (Spotify isn't present in India).

So, Apple Music has to offer something beyond mere novelty value to surge ahead of the two. One big advantage for it is that with just a small software update (upgrading to iOS 8.4), Apple device users (iPhone, iPad, Mac) and even iTunes supported Windows PCs can access Apple Music. What's more, initially launched in iOS, Apple has promised an Android version shortly, which will strike a chord with Indian listeners.

Multi-networking: Is the New Wave Indonesia and India lead the pack, with those in the 16 to 64 year age group having more than seven social media accounts on average. China is on top when it comes to actively using them (four on average)

Its rivals Spotify, Rdio (which acquired Dhingana and entered India), Google Play (acquired Songza last year) and SoundCloud, and our desi musical offerings ranging from Gaana, Saavn to Hungama have to work extra hard now. Apple Music launches with the advantage of the iTunes library. On the content front, it has sewn deals with most music labels, and has announced more than 30 million songs. In India, apart from T-Series, most other big music labels appear to be on offer. 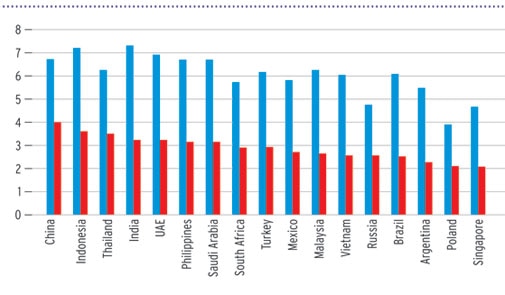 Click here to Enlarge
Significantly, Saavn has just received a $100 million Series C funding from Tiger Global, among others. It has now announced plans to scale up its service and also expand into video.

Looking at the initial user reviews and feedback, Apple Music's attempts at being the be all and end all of music is hitting the right note. A big plus for Apple is that it is offering not just music streaming alone, but personalises your collection (its For You feature which has soundtracks that you like is a big hit), offers live radio, has smart curation (by a human, mind you, and not an algorithm), and incorporates social sharing elements as well.

The weakest link appears to be its social element. Unlike other music streaming services, where users can follow people they know, Apple, through its Connect, has chosen to focus on users engaging with artistes, watching how they craft lyrics, see the backstage action, etc. This could end up just being a promotional platform for artistes, who incidentally are on other platforms like Twitter and Tidal as well. But with Apple Music's launch, the battle for listeners' ears is only going to get higher pitched. Stay tuned!

Hiring activities likely to grow up to 15% in FY16: Survey