Between the devil and the deep sea

RBI will have to make some tough choices to keep the economy humming. 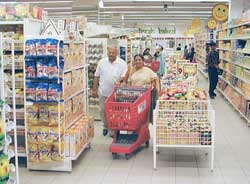 Will the India growth story continue?
The trickle of bad news is turning into a torrent. The inflation monster is rearing its head again. The headline rate, based on the Wholesale Price Index, touched a six-month high of 4.11 per cent for the week ended January 26. It fell a tad to 4.07 per cent in the following week, but worryingly, these figures do not factor in the rise, of Rs 2 and Re 1, respectively, in the retail prices of petrol and diesel that came into effect from February 15.

Says Siddhartha Roy, Economic Adviser, Tata Group: “The higher fuel prices may push the inflation rate up by half a percentage point.” Then, rising commodity and food prices globally could stoke inflation further. Agrees T.K. Bhaumik, Chief Economist, Reliance Industries: “I expect a steady increase in the inflation rate. It could rise to 5 per cent by the end of March.”

There are other worrying trends as well—credit offtake is slowing down and so is the growth in the infrastructure sector, which has been one of the key economic growth engines in India.

This queers the pitch for RBI Governor Y.V. Reddy, who has made combating inflation, even at the cost of high growth rates, his main priority. The Prime Minister’s Economic Advisory Council has also warned recently that inflation will be the biggest challenge for RBI and the government in 2008. In line with this philosophy, Reddy has played hardball and refused to bend, despite widespread optimism in India Inc. that he would take a cue from the US Federal Reserve and cut rates.

The rate differential between the US and India is now about 450 basis points. This may result in increased inflows of dollars into the country, further strengthening the rupee, and causing more problems for embattled Indian exporters.

“The US and the Indian economies are very different in nature and if the solution (to their problems) is the same, then we have a problem,” says Reddy. So, what should RBI do going forward? If the concern last year was about the economy overheating, now, it’s about growth rates tapering off. Already, international agencies like Moody’s and the World Bank have significantly lowered their growth estimates for the Indian economy to just over 8 per cent.

Clearly, the economy needs a booster dose of interest rate cuts, or, at least, a lowering of the cash reserve ratio. After all, RBI had significantly hiked CRR by as much as 200 basis points to 7 per cent within a span of eight months last year. But RBI may not be in a mood to relent just yet. Says Bhaumik: “Reddy has little elbow room. It is a growth-versus-inflation debate. I expect it to avoid lowering rates itself; RBI will probably leave it to the discretion of individual banks to decide on the issue.” Adds Roy: “I think RBI will adopt a wait and watch policy for the present.” Economists, however, are unanimous that the RBI Governor will not press the panic button and push for higher rates as that will certainly accelerate the slowdown.

Also, economists say, there is probably little that RBI can do on its own to stem the rise in the inflation rate. Inflation, this time, is the result of supply-side pressures—mainly driven by high global prices of crude and food. The RBI apart, the government will have to do some nimble footwork to ensure that macro-economic factors remain stable. Otherwise, there could be trouble ahead for the India growth story.

Footnote: People waiting for interest rates to fall in the near future will have to carry on waiting for a while longer.