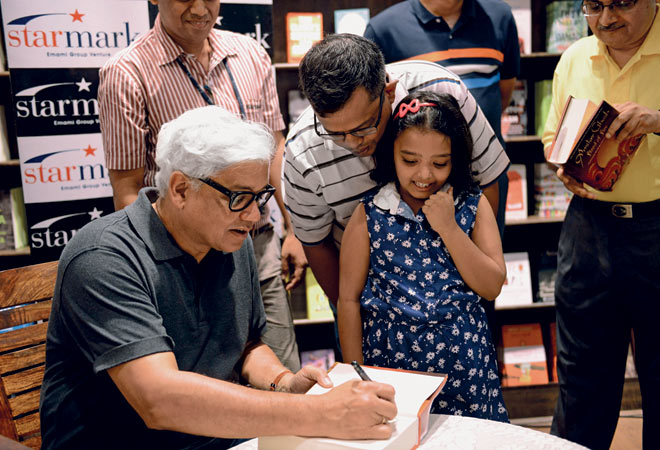 It's amazing what a bit of clever marketing can do. It can put books that are not yet released right on top of the bestseller charts. Harper Lee's Go Set a Watchman, due to hit bookstores only on July 15, is breaking all records in preorder sales in the US as its publisher HarperCollins and distributors entice readers to book their copies early. While the publisher refused to disclose the numbers, it shared that it was the most preordered book in HarperCollins' history. Lee's To Kill a Mockingbird, published 55 years ago, sold 40 million copies, and the publisher has managed to create enough buzz about the book to jog along the preorders for the sequel.

Closer home, the Shiva trilogy author Amish's [Tripathi] forthcoming book Scion of Ikshvaku set to launch on June 22 is flying off Amazon's virtual book store. "The new book from Amish is well on its way to becoming one of the largest preordered book on Amazon.in and arguably one of the largest in the country," says Samir Kumar, Director, Category Management, Amazon India.

Preorder sales are emerging as the new best practice in the marketing of books. Just look at the kind of things Westland and Amazon are doing to jog along the preorders of Scion of Ikshvaku. With an author advance of Rs 5 crore forked out to Amish by Westland, a lot is riding on the book for the publisher. So along with Amazon, with whom it has an exclusive deal for the book (Amazon will be the sole online retailer for the first two months post-launch), it has done cover launch contests, Google hangouts with the author, special chapter readings, and even heavy promotion during the Indian Premier League.

Or, take the preorder campaign that Penguin Random House did with author Karan Bajaj, whose new book The Seeker is out this month (June). It created a 'gold rush' marketing blitz over May 11 to 13. Says Caroline Newbury, Vice President, Marketing and Corporate Communications, Penguin Random House: "Anyone who preordered the book within this timescale was offered the opportunity to receive a whole host of special offers and discounts from Karan - some exclusive ebook downloads, vouchers for Himalayan Holidays and even a chance to come to the Delhi book launch."

Booksellers are taking a leaf out of movie makers' marketing handbook and trying to create a first day, first show kind of excitement for books. Just as the bulk of a movie's collections are in the first week, booksellers are trying to cash in early in the game.

The concept of preorders have always been around, but why it is working so well now is that this is the age of instant gratification where people don't want to wait to lay their hands on anything new. Remember the long queues at book stores when the last book in the Harry Potter series released. Also working in the publishers' favour is the race among social networkers to show off that they have got a much talked about book on day one. Take Amitav Ghosh's Flood of Fire. On May 28, the day it launched, Twitter was full of posts of people displaying their preordered package of the book.

Of course, new launches from authors like Amitav Ghosh and Amish can get readers excited enough to book a copy in advance but publishers say preorders are working across board - even for relatively unknown authors. Says Newbury: "Preorders tend to be most successful when the book already has a degree of buzz about it and is much-awaited." But, she says, it can also work for first-time authors if they already have a good fan base.

Agrees Sameer Mahale, Head of Sales, HarperCollins: "We are seeing much better preorders for young and tech savvy authors who promote their books aggressively."

To Kill a Mockingbird
sold 40 million copies. Fifty-five years later, 'Go Set a Watchman', the most-awaited sequel to the book, is being launched. Although publisher HarperCollins is being coy about sales forecasts, it is already setting records as the most preordered book.

Yogesh Sharma, Vice President - Sales and Marketing, Bloomsbury, says the publishing house is using preorder campaigns effectively to promote all sorts of books. "Driving web traffic towards the preorder links plays an important role, especially for the unknown authors. Increasingly, we do it across the board as the necessary information is available well before the preorder timelines kick in."

Amazon's Kumar says: "For books that may have got released internationally ahead of India and have seen good reviews, we have seen decent preorders (100-plus) in India, even for the relatively less known authors in India. This typically happens for business books, biographies and other non-fiction books. Elon Musk - currently on preorder - is one such case. We have seen this for Zero to One by Random House, too." In case of Indian authors, he says, some authors like Bhavana Arora and Jas Anand have used the preorder platform for promotions in the preorder period itself and we have seen 1,000-plus early bookings on their books.

How long before launch do the preorders begin? Westland CEO Gautam Padmanabhan feels ideally it should be a short window - not more than two months pre-launch. Amazon's Kumar feels the ideal time frame is four weeks before the release of the book, but he says for super lead titles it is extended. For instance, preorders have begun for Vikram Seth's new book, Summer Requiem releasing in October, and Diary of a Wimpy Kid 10 releasing in November.

Apart from giving a nice push to sales, can preorders also help publishers manage their print runs and inventory better? Analytics can throw up things, like which cities are generating more orders, so that distribution can be more efficient. But it does not affect the first print run much, says Sharma of Bloomsbury. "Print runs are generally already decided before books are put on preorder.

Iti Khurana, Assistant Manager, Marketing, HarperCollins, however, says that for books like The Heat and Dust Project, The Topper Prepares and Mumbai Avengers, preorders were better than expected, and the publisher did change strategy, re-routing orders to digital channels.

Preorders are no longer an online only phenomenon. Smart book stores are now booking orders early as well. Padmanabhan of Westland describes how Crossword, Landmark and Starmark in Kolkata, and Sapna in Bangalore have started taking preorders. Anurima Roy, Senior Manager, Marketing and Publicity, Bloomsbury, says offline retail cannot work in the same way as online does, but it does special deals for big books. "There were some really good deals we did with And the Mountains Echoed by Khaled Hosseini. Also, there is a lot of traction offline still because retailers have display space for POS [point of sale] material/announcements that publishers display, informing them about what is coming out next."

Publishing is a tough business to be in, as there are more duds than hits. But booksellers are writing a whole new marketing script to create more bestsellers.

How Roposo, Wooplr are trying to change the world of fashion retail

Some social networks will pay users for posts