Intel India Readies for Round 2

It has been a tough couple of years for Intel in India. The integrated chipmaker has been rocked by withdrawn R&D projects.

It has been a tough couple of years for Intel in India. The integrated chipmaker has been rocked by withdrawn R&D projects, has sacked up to 250 of its staff at its local sales and marketing operations and, to top it all, has had to cope with a cocky upstart called AMD. Now, it’s clearly time for the company to clean up the mess and look ahead, as it seeks to consolidate its position in its core market and grow its position in others such as mobile phones, where it has been a laggard. “We made some strategic mistakes in the early part of this decade,” says Patrick Gelsinger, Intel’s Senior VP and GM (Digital Enterprise Group). 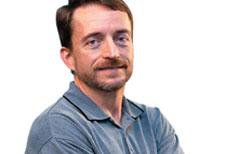 “We’ve taken corrective action now and hope to be back on the growth track.”

Two years ago, Intel made news for all the wrong reasons; it sacked nearly 250 people and closed down promising chip development projects at its India R&D centres. Now, Gelsinger, who was earlier the company’s CTO and today manages a business that contributes over 50 per cent of Intel’s revenues, hopes to have another crack at the booming Indian market. “India is already the #6 market for Intel and going up; we’ve grown market share for five consecutive quarters globally too,” he contends.

Now, the company wants to cash in on the 20 per cent-plus growth rate in PCs as well as expand its presence in the booming cellphone market in India. “We’re present primarily at the top end of this segment but want to extend our reach to the mass market,” says Gelsinger. Meanwhile, Intel is also a key votary of WiMAX, or wide area broadband and expects many Indian cities to make the jump directly from wired broadband (skipping Wi-Fi) directly to this form of internet access.

Local search maybe getting too hot